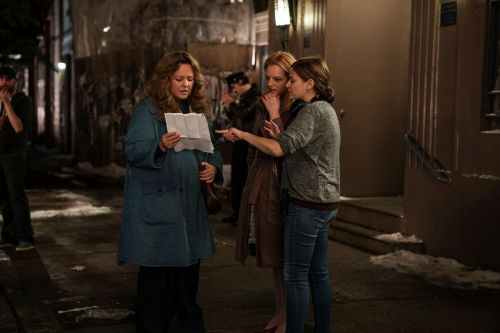 A dispiriting negative critical consensus and the worst opening numbers to date for Melissa McCarthy and Tiffany Haddish nailed shut the coffin lid of Andrea Berloff’s directorial debut “The Kitchen,” which the veteran, Oscar-nominated screenwriter adapted from the Vertigo series of the same name. The disappointing reaction to the story of a trio of mob wives who successfully run an organized crime operation in New York in the late 1970s is not particularly surprising. The month of August has long been pegged as a theatrical dumping ground of sorts, as all kinds of content limps into cinemas with low expectations.

“The Kitchen,” reminiscent of writer-director Steve McQueen’s 2018 “Widows” (itself based on a 1983 British TV series), may not deserve such a hasty dismissal. Berloff’s observations of human behavior through individual motivations credibly delineate the protagonists. McCarthy’s Kathy Brennan, mother to two young kids, discovers a perverse knack for patching leaks and putting people to work. Haddish’s Ruby O’Carroll seeks to upend the racist humiliation she suffers as a non-Irish outsider. Elisabeth Moss’ Claire Walsh emerges as the most interesting of the group. Physically and emotionally tormented and victimized for years by her brutal husband, his temporary removal awakens in Claire a twisted penchant for the kind of violence on display in “The Godfather,” “Pulp Fiction,” and “Eastern Promises.”

The title’s geographic shorthand also deliberately evokes the regressive expectations for the three central women: by creating opportunity for themselves in the absence of their incarcerated spouses, the domestic homemaking role of the subservient helpmeet gives way to the surprising skill with which the wives quickly outperform their husbands in the heat of Hell’s Kitchen. Berloff’s presentation of the awakenings of the women is visualized through the common tropes of the wise guy milieu, and that choice enhances the subtext. The filmmaker uses the period setting to comment on a range of still-relevant contemporary inequities faced by the marginalized (and delivers at least one solid diss to Trump for good measure).

One of the likely reasons for the film’s woes extends to the casting of McCarthy and Haddish in predominantly straight, non-comic roles. Given the marketing of the movie, audiences may have expected lighter content and tone than the grim and gritty results that unfold onscreen. To compound matters, Berloff embraces the same kind of black, gallows humor so readily incorporated in the mafia worlds of Martin Scorsese and David Chase. Flashes of startling bloodshed and the mechanics of post-mortem disposal, signatures of “Goodfellas” and Tim Van Patten’s legendary “Whoever Did This” in the fourth season of “The Sopranos,” are regular features in “The Kitchen.”

Claire proves a quick study under Domhnall Gleeson’s Gabriel, a livewire assassin whose tenderness toward his pupil is just one example of the curious and welcome ways in which Berloff colorfully imagines the male inhabitants of this world. See also Bill Camp’s winking turn as a Brooklyn-based boss curious to observe how the fortunes of the women play out. “The Kitchen” fares so much better when read as a kind of self-aware metanarrative of the gangster film, and an examination of Berloff’s construction of the men -- ranging from the selfish blindness of the status quo-embracing husbands to the tradition-respecting working stiffs of the local union -- is one argument for why this rare, female-helmed genre piece deserves a second look.