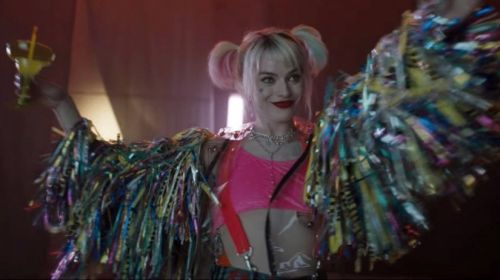 Even before the release of David Ayer’s dreadful “Suicide Squad” in 2016, Warner Bros. announced a forthcoming feature in the DC Extended Universe for breakout character Harley Quinn. Producer and star Margot Robbie buckled down, developing a project in competition against other potential Quinn movies being considered at the studio. Director Cathy Yan’s “Birds of Prey and the Fantabulous Emancipation of One Harley Quinn” showcases the two-time Oscar nominee in a colorful and appealing big screen extension of the popular psychologist-turned-criminal, but the movie lacks the emotional depth and narrative coherence associated with rival MCU titles.

Christina Hodson’s screenplay uses a sizable chunk of its opening act to uncouple Harley from her one-time partner and lover, the larger-than-life Mistah J, a.k.a Puddin’, a.k.a the Joker. So long and imposing is the shadow of the Clown Prince of Crime, this weekend’s Oscar telecast will very likely see some curious history made when and if Joaquin Phoenix collects a statuette for his work in Todd Phillips’ “Joker.” The feat would mark a second performance Academy Award bestowed upon an actor for playing the legendary supervillain and Batman archenemy. That would be wild.

But lest we forget, Harley’s mad love for her one-time patient is fraught with the complications of abuse. “Birds of Prey” references the masochistic dimensions of Quinn without ever fully accounting for her trauma. Yan shoots a parade of kinetically-staged action set-pieces with all the poses, punches, and pay-offs audiences expect from the genre. “Black Betty” and “Barracuda” fight scene soundtrack cues aren’t particularly fresh, but the speed changes highlight each bone-crunching heel kick with panache, and Robbie’s gleeful interpretation -- now accompanied by less overt ogling -- resides at the center of a story uniting five women in common cause against shitty fanboys.

The movie’s R-rating and comic tilt have already drawn numerous comparisons to “Deadpool.” “Birds of Prey” certainly breaks the fourth wall and winks at several comic book cliches, but the film’s raison d’etre -- unfortunately tied to the overly familiar trope of saddling a jaded cynic with a plucky youngster who teaches the teacher a thing or two -- parts company with the Ryan Reynolds formula by zeroing in on Harley’s embrace of sisterhood and female collaboration in a violent and misogynist Gotham City. If the title alludes to yet another origin story, Quinn also experiences her very own awakening.

The giddy mayhem might be enough to satisfy a certain segment of the public, but “Birds of Prey” relies too much on short-burst episodic structure that revolves around a stolen diamond sought by Ewan McGregor’s pastel-jacketed crime lord. McGregor, like Robbie, plays big and never takes anything too seriously, but the various spaces occupied by supporting players including Mary Elizabeth Winstead’s revenge-seeking Huntress, Jurnee Smollett-Bell’s hypersonic screamer Black Canary, and Rosie Perez’s GCPD detective Renee Montoya, never overlap in a way that transcends the routine. As proof of concept for Harley Quinn’s ability to control center stage, “Birds of Prey” works. But expectations will be much higher when James Gunn unveils “The Suicide Squad” in 2021.