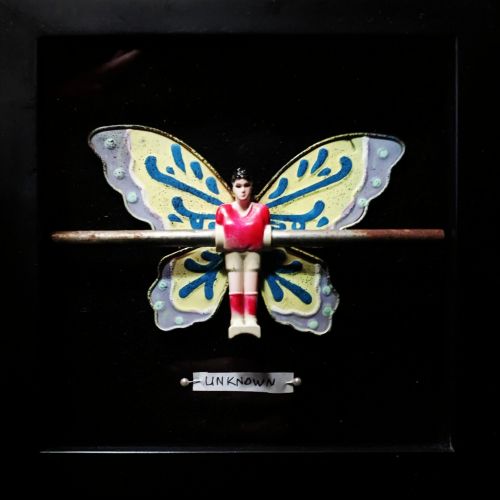 “Twitter can make a joke of it, but when it comes down to it - Meth is a serious problem in SD. We are here to Get. It. OUT.” Tweeted South Dakota Governor Kristi Noem, the same day South Dakota launched its “Meth. We’re on it” campaign. The intent of the campaign is to spread awareness of the damaging ripple effect meth has on the community. Some praise the campaign for its straightforwardness and see it as a real taking a-bull-by-the-horns approach, but not everyone sees the effectiveness. Some say it’s “bold and unapologetic” but then again there’s the whole double entendre about being on it and being ON it.

Is it genius or is it a shot in the foot? Did South Dakota make itself the butt of a really tragic joke? The first time I saw it--I couldn’t help but think… is this for real? Yes, people are talking about it, but is it in an effective way or is it one big tragic meth joke?

Talk about a stroke of genius.

Though these campaigns are well intended, the road to South Dakota needs to be paved with more than good intentions. When commenting on a shared article on South Dakota’s meth campaign, my friend Wayne McConnell said it best when he posted on my facebook feed, “What's frustrating is that the metrics will read positive but it's a failure in my opinion. It was aimed at hearts and minds but struck the funny bone. It's the Tommy Wiseau of ad campaigns..” Tommy Wiseau was the writer, producer, director, and actor for the 2003 cult film “The Room” which has often been referred to as one of the worst films of all time. What I’d like to know is… where are South Dakota’s focus groups?

The “Meth. We’re on it” campaign was dreamt up by the Broadhead Co., a marketing and ad agency in Minneapolis, according to the Argus Leader, “The state's Department of Social Services has paid the agency just short of $449,000 so far this year, according to the state's finances website, open.sd.gov. The state's contract with Broadhead, effective until May 31, 2020, states that the contract shouldn't exceed $1.4 million."

The South Dakota Advertising Federation responded in a statement:

“Nine in-state agencies, among others, desired to work on the Meth Awareness Campaign recently launched on November 18. A campaign tackling a serious, real and devastating epidemic. A campaign that should not be taken lightly.

Opes and memes aside, meth is a serious issue. I see the damage as I walk around my hometown, signs of meth production are outlined on posters lining the courthouse walls. I see friends and families who are struggling. It’s not just a South Dakota problem. It’s in North Dakota, it’s in South Dakota, it’s in Minnesota, Montana, Wyoming… It’s affecting mothers, fathers, grandmothers, sisters, sons, daughters. There isn’t a single face that can be singled out.

Have we learned nothing from the anti-drug campaigns from the Reagan years? Throwing money at an ad campaign provides a superficial bandage on a serious wound. We need action and education. If you really want to put your money where your mouth is South Dakota. Imagine what that $1.4 million could have provided for your people other than nationwide ridicule.