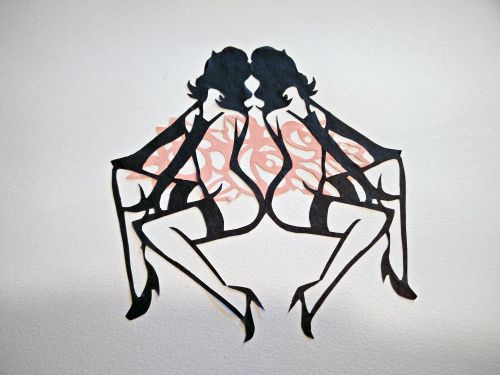 There’s something to be said about a halftime show that overshadows the big game itself, and that absolutely warms my heart -- mainly because full disclosure: I honestly don’t care about football.

Apparently the show was seen as inappropriate to the “Concerned Carols” of the world. The controversy behind Jenifer Lopez and Shakira’s performance elicits the world’s biggest eye roll from yours truly. Why? If you happen to remember the state of pop music in the early 2000s, one of the most profound truths in pop culture at the time was the fact that Shakira’s hips don't lie and at 43 she’s proved to the world that they still don’t.

In a world saturated with “fake news” it’s nice to know that some truths remain consistent.

So what’s the deal with this performance, why is it so controversial? Was it because of what they wore? Was it the fact that movements often associated with exotic dancers have made it into the mainstream? Is it a misinterpretation of culture? Is our society disgusted by female empowerment?

First off let’s unpack the significance of Shakira’s performance on a cultural level. We all knew Shakira was Columbian but somehow we managed to overlook her Lebanese heritage -- which she unapologetically incorporated into her performance right down to the zaghrouta, which is the tongue motion mistaken as a lascivious gesture but if you look further into it, it’s an expression of triumph often see at celebratory events. What’s not to be celebrated about performing at the Super Bowl halftime show and absolutely killing it?

Shakira also demonstrated belly dancing moves -- and if we’re going for a real pearl-clutcher -- bellydancing was the origin of exotic dancing in America and it all started with performances at the 1893 World’s Fair in Chicago from a performer known as “Little Egypt” (though in all honesty there were a total of three performers during that era known as “Little Egypt.”) According to worldbellydance.com bellydance back to 6,000 years has been associated with fertility rituals and some of the movements have been known to aid in preparing one’s body for childbirth.

The gyrating motions were more than Victorians could comprehend at a time when it was controversial to expose as much as an ankle. A woman’s place was the home sphere and most definitely NOT the public sphere -- which was reserved for menfolk and women of questionable repute. Women were supposed to be passive participants in the cult of domesticity. Victorians were fascinated by Eastern exoticism no wonder the term “exotic dancing” was coined and considered risque. “Little Egypt” made it back to the 1933 Century of Progress exhibition in Chicago at the age of 62. Interestingly enough another dancing girl by the name of Sally Rand debuted her iconic fan dance performance there. Rand was a burlesque icon.

Jennifer Lopez made her appearance on stage via pole, which if you’ve ever seen a live pole performance it doesn’t matter where you’ve seen it or who you’ve seen do it, this performance is a feat of athleticism and artistry whether your 50 or 18. It requires an immense level of strength, agility and coordination. According to the International Pole Dance Fitness Association, pole dancing has ancient origins that can be traced back to the ancient Sumerians, but the pole dancing our culture has become most familiar with gained popularity in the early part of the 20th century with the traveling circus alongside belly dancers and burlesque performances.

Pole Dancing eventually made its way out of tents and into clubs by the late 1960s. Canadian performer Fawnia Dietrich popularized pole dancing as pole fitness, teaching the first-ever pole class to non-performers in 1994. The International Pole Sport Federation (IPSF) made a request to the International Olympic committee for Pole Sport to be officially accepted as a sport. In fact there are belly dancing groups, salsa classes and pole fitness gyms in Fargo-- the classes are AWESOME and a great way to stay in shape, especially as we’re combatting the inescapable winter blues. Dance is a form of expression and can be a great way to meet people in a world filled with tech induced isolation.

Haven’t we been exposed to enough sexualized content where a couple of ridiculously talented women in shimmering bodysuits can be perceived as artists rather than some kind of deviant? Would the performance have been perceived differently if both women weren’t hispanic? So many questions.

Who knows, maybe next year we can find a choir of nuns to keep the programming family friendly -- after all, how else can we agree upon acceptable programming and encourage good habits? While we’re at it we’ll also discourage the cheerleaders from exposing their ankles. Get a grip and expand your horizons dear internet -- we’ve only just started to offend you.

There’s a wave of body positivity slowly sweeping through our culture and women are embracing their feminine mystique-- in fact there’s a sexual awakening in the force.That doesn’t mean we’re throwing our virtue around like parade candy. We’re accepting and embracing our bodies for what they are. If you were one of the people horrified by the halftime show and wondering how to bring it up to your child I would suggest you say--boy those women can dance and elaborate on their art rather than your obtuse moral hierarchy.