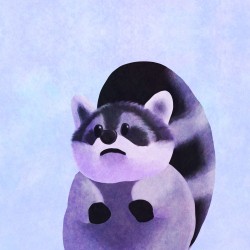 Mark Elton is a multimedia artist who not only specializes in storytelling with a keen interest in mythology, he is an illustrator, cartoonist, game enthusiast -- and game creator. He is a 2007 graduate of Concordia College with degrees in English writing and studio art. His work often explores and connects concepts of technology, humanity, and nature. Mark Elton’s exhibition “Menagerie”explores the idea that we and our animal comrades might not be so different after all. It will open on Sunday March 6,on the second floor of the Rourke. Mackenzie Kouba’s exhibition ‘Escape to the Looney Bin’ will also be opening the same day on the main floor.High Plains Reader had the exclusive opportunity to catch up with Elton and chat about the exhibition.

HPR: Can you tell us a bit Menagerie?

Mark Elton: Menagerie came about first and foremost from my love of animals. When I was a kid, I would pore over issues of National Geographic. Everything about that magazine clicked with me, but above all else, I loved the photos of the animals. On more than one occasion, I would pull out my colored pencils and do my best to emulate the photographs. I mean, how could I resist, right? Some of these creatures are downright mythic! The tapir were the inspiration for the Baku, a Japanese spirit that would eat your dreams. Odin had twin ravens sitting on his shoulders that would fly through Midgard and then perch upon Odin's shoulder to inform him of everything they saw. Furthermore, if you dive headfirst into animal facts, you can learn some fascinating things, such as how bats were at one point going to be used as offensive weapons in WWII, or how otters will hold hands as they fall asleep and form a raft.

I grew up in the country and would spend hours outdoors exploring the woods and uncovering the local wildlife. I've come face-to-face with skunks, eagles, raccoons, and snapping turtles the size of boulders. I was once chased by a herd of horses, and my neighbor owned a tiger. An actual tiger. And, I guess that brings me to the bigger “why” of Menagerie. All of these creatures, despite being “wild”, acted in a fashion akin to any human you may meet. The skunk was wary and defensive around a stranger. The turtle was old and slow, but kept crawling along to it's destination. Bees reconstitute natural resources to build hives. Single bear mothers form bonds with other bear mothers and raise their cubs together. Heck, crows can even learn how to use vending machines. You see this, and you begin to wonder what is the real difference between us and them and what is “natural?” When you begin asking yourself those questions, not only do you start reforming your own opinions on what it means to be human, but you start looking at others, both people and animals, much more humanely.

HPR: How many pieces will be exhibited and how long have you been working on this body of work?

ME: There will be around 40 pieces on display, with a few “secret” animals that will be missing from the show, appearing solely online a few months after the opening. The first few animals were painted late last year, around November, I think. I shared those creatures online, and people loved them. Apparently, the images got around, because in late January, I was asked to come in to the Rourke for a portfolio review. As I do in those situations, I totally revamped my portfolio and added a few more pieces made specifically for the review (“Roscoe” & “Rusty”). The review went well, and I was asked if I could submit 40 animals for a show in March. I said sure, went home, and immediately dropped my computer in excitement. After assessing the damage and determining that I could still create work with only half a screen, I proceeded to create 35 new animal portraits in the span of 20 days.

HPR: you have a strong comic background, will any of your comics be in the exhibition? Have you been working on any comics lately?

ME: Nope! Just animals. And though I have continued studying storytelling in a graphic medium, those comics wound up being a gateway to more interactive, multimedia methods of storytelling, such as video games and interactive fiction. That said, every couple of months, I can feel that comics itch in the back of my brain.

HPR: What animals do you feel best mirror society's psyche, and how did you develop the concept?

ME: I think humans can be divided into cats and dogs. You have cat people, who cover the entire spectrum of introversion, and dog people, who cover the entire spectrum of extroversion. Within both categories, you have those who are lovers and those who are fighters. Just like people, they all look different, and you never know what you're actually looking at until you directly interact with them. And, just like cats and dogs, it can be unfortunately surprising to see different types of people getting along. This is, of course, just casual observation on my part.

HPR: What animal do you feel best mirrors your personality traits?

ME: As for my personality, I would have to say raccoon, as I'm dangerously curious about the world around me, and like to wash my hands before and after every meal.