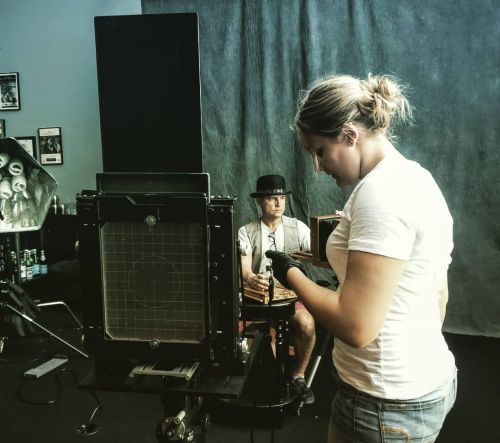 It may be cliche to say the apple doesn’t fall too far from the tree, but when wet plate artist Shane Balkowitsch found out that his 15-year-old daughter Abby Balkowitsch was following in his photography footsteps, he was thrilled.

“I can remember the day, on May 24th of this year, I went down to my studio and I could just tell someone had been in there, I was not sure what was going on, then I looked in the drying rack and there it was, a finished wet plate of her brother Greyson," Shane Balkowitsch said. "I was blown away, I had no idea that she was going to try and make wet plates independently. I was so happy it brought me to tears, but I could not really understand how she did this because I was not there to help her with chemicals. The plate holder was not ready, glass was not cleaned and there it was, she somehow figured out how to get an image.”

Though Shane has formally trained a handful of photographers he had never formally trained Abby. Naturally those who were learning under Shane would often take notes and discuss concepts for their pieces as well as the do’s and don’ts of the process but Abby grew up watching and helping him in his dark room. “It’s funny, from the very beginning, and remember she was about 9 years old when I started with the process, she always seemed fascinated by it. I am the kind of parent that would never push something onto my children, they need to find their own interests but I always make sure that they are exposed to the arts,” he said. 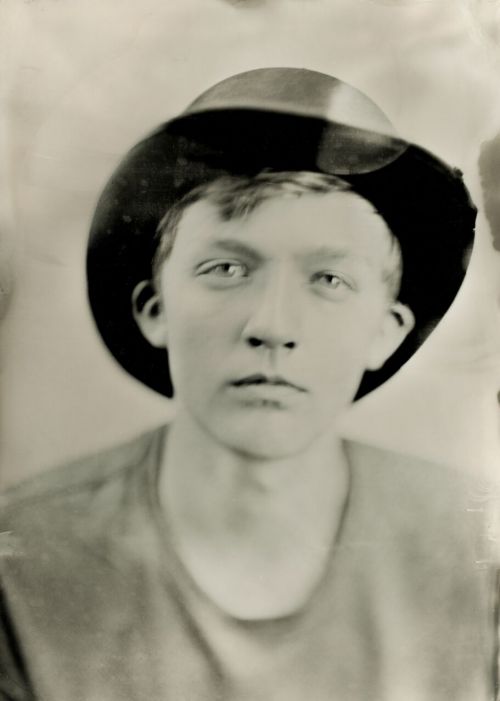 Abby added, “I’m a person who would take pictures with my phone. When I was 11, I was handed a polaroid camera and I loved getting that image. When my father started his journey, I was there watching him and I learned just by having that experience. It became natural even when I hadn’t made that first plate by myself. I never wanted to be a photographer until I saw this process.”

While talking to Shane and Abby, they both made mention that either had little interest in photography until they learned about this process. There was something about it that captivated them.

“I had no previous photographic exposure in my life, I do not remember my parents having any interest in photography, of course they owned a family camera and took pictures of us children, but I have always loved looking into their shoebox of pictures at our early life.” Shane said, “ So neither of us ever had photography in our lives until I decided to chase the historic wet plate collodion process. I think we both find the history surrounding the process fascinating and the fact that there are so few people in the world that practice it, we are immediately put into a little group of people that celebrate and cherish the process for what it is.”

Abby’s been pouring her own plates for close to four months now. “The most difficult part of the process is accepting that ‘a wet plate isn’t just given to you’ says my father. You never know what could go wrong even if you do every step perfectly, whether there is a light leak in the camera or if the chemicals are bad and you don’t even know it.” she said.

She also said that she’s poured 20 plates and maybe half of them have turned out and added that she still has a lot to learn from her father. When asked if she plans on ever exhibiting her work she said, “It would be fun to exhibit my own work once I get a good number in. I’m still trying to figure out my style. I have had two other wet plate artists come to the studio and each of them have different techniques or things that help them along the way in the process.”

Shane added, “I had a friend Herb Ascherman into the studio from Ohio, he has been a photographer for over 50 years and he said to me ‘You know she is going to be better than you.’ I immediately told him, ‘What else could a Father wish for?’”