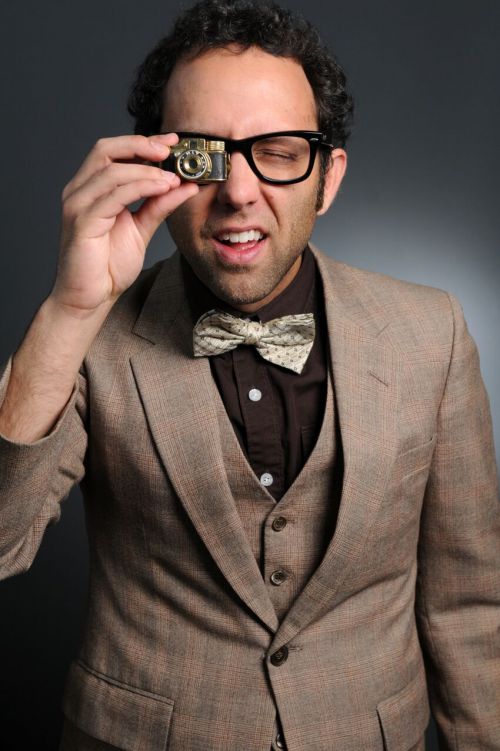 Fargo has its share of people who are passionate about stand-up comedy, even if the success of clubs devoted to it has been mixed. Despite the fact we have seen places like Courtney’s Comedy Club and Level 2 Comedy Club close their doors, our comedy scene keeps going. And that, among other reasons, is why people like LA-based comedian Grant Lyon keep returning to our frozen little corner of the U.S.

“I like Fargo,” said Lyon, who will be headlining a show at the Aquarium. “It’s a cool, hip town nobody knows about. It has great craft breweries and cool restaurants. Fargo is the most underrated city in the U.S.” He has come out from sunny Los Angeles to Fargo several times, such as to the aforementioned Courtney’s Comedy Club about four years ago as well as Level 2 and the Fargo Brewing Company (which thankfully has not closed, because Fargo loves their beer).

In February he will be returning to Fargo to perform at The Aquarium, with local favorites Mitch Reierson and Jan Syverson opening for him. In fact, it was Reierson who Lyon got to know on one of his previous escapades to Fargo, and whom he reached out to in order to set up this upcoming show.

“I really like supporting local scenes,” said Lyon, and though he lives and performs often in Los Angeles, which has a large comedic community, he finds himself touring for about 50% of his comedic career and helping prop up aspiring comedic communities around the country.

Lyon himself is now in his thirteenth year of stand-up comedy, which got started with humble beginnings similar to the aspiring comedians he likes to inspire around the country.

When he went to college at UC Santa Cruz, Lyon played soccer. When they would be traveling to games aboard the tour bus, he would “perform” other comedians’ jokes, like Mitch Hedberg, for his fellow teammates. Eventually, at the insistence of his teammates and coach, he started writing and performing his own jokes.

He released his first self-released album “Baby Steps” in 2010, so he could “make the mistakes” that come with releasing one’s own album, and is currently recording his new album which will be released through an undisclosed label in 2018.

On top of his comedic exploits, he also engages in a lot of other creative experiences, like designing a new board game (which he cannot as yet release the name of) and helping create a new horror-comedy film called “Killer Kate.”

“People describe it [his comedy] as ‘intellectually silly,’” said Lyon. Though he often tends to be fun and playful, he does occasionally address current social issues. One example comes from his take on our current president’s labeling of various media outlets and stories as “fake news.” He said that if the news was fake it would be less depressing, and tosses out headlines like, “Steve Bannon replaced by Billy the Bigmouth Bass”.

This combination of nationally recognized comedic talent along with our own local comedic representatives is bound to add up to a night full of laughs. It’ll certainly get more laughs than the ham-fisted pun I tried to work into the headline.

Tickets starting at $15, available via www.ticketweb.com