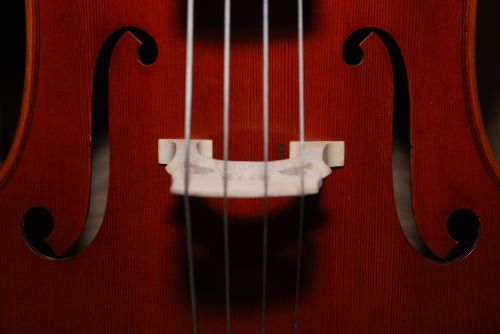 Fargo is smack dab in the dead of winter, with two major blizzards already under its belt this season and frigid temperatures that show no sign of abating in the near future. Whether by choice or by necessity many people have remained cooped up in their homes rather than venture out into the cold. What better way, then, for the Fargo-Moorhead Symphony Orchestra to lure people out than with the third concert of the 2019-2020 season, “Cold Weather, Hot Music?”

The next installment in the Sanford Masterworks series features musical pieces originating from Mexico, Argentina, Brazil, and Spain intended to warm up the audience’s musical sensibilities. After all, doesn’t Latin music have the reputation of being heated and passionate? Compared to some other installments in the Masterworks series, the pieces showcased in “Cold Weather, Hot Music” are not necessarily concert hall staples. “I’m proud to say they’re not that well-known,” said FMSO conductor Christopher Zimmerman, implying the audience would be in for a treat of some unfamiliar but nonetheless excellent music.

The pieces that will be performed for this concert all feature a smaller chamber orchestra, composed of only 30-35 performers instead of the whole orchestra which generally consists of 60-75 performers. All the pieces selected for the evening were composed within the last century. The first is “El Amor Brujo” (The Bewitched Love), composed by Manuel de Fallas, one of Spain’s most important composers of the first half of the twentieth century.

Zimmerman explained that the piece was originally commissioned as a gitaneria, or gypsy piece, in 1918. Fallas would return to the piece several times throughout his life, revising and shortening it. “He wouldn’t leave it alone,” said Zimmerman. Eventually, in 1924, he transformed the work into a one-act “Ballet Pantomimico,”which would become the best known rendition of the work, as well as the version that will be performed for this concert. This rendition of “El Amor Brujo” features vocals which will be performed by guest soloist Lindsay Ammann. Ammann is a world-famous mezzo-soprano who has made multiple appearances at the Metropolitan Opera, the Kennedy Center, and Washington National Opera, as well as other appearances at Chicago’s Lyric Opera, Opera Theatre of St. Louis, Opera Omaha, Florida Grand Opera, the Canadian Opera Company, Central City Opera, and the Seiji Ozaw Matsumoto Festival in Japan, and will be lending her considerable skill to FMSO.

The second piece of the evening, “Fantasia for Soprano Saxophone” will feature the second guest soloist of the evening, Concordia’s own Russ Peterson, who has showcased his considerable skill with FMSO in the past. “Fantasia” was composed by Heitor Villa-Lobos, a composer from the first half of the 20th century who is easily considered the most famous composer in Brazil’s history. Villa-Lobos was incredibly prolific, with Zimmerman pointing out that he would even compose pieces when he was watching soccer games and playing pool. For this “virtuosic” piece, Zimmerman said that Peterson would be “laying down the bassoon and picking up the saxophone.”

The next piece is “Danzon No. 4” by the still-living Mexican composer Arturo Marquez. In all, Marquez has composed eight Danzons, with his most famous being the second, which has been performed by FMSO in the past. However, Zimmerman explained that the decision was made to perform the lesser-known fourth Danzon because it fits the size of the chamber orchestra that will be performing for this concert. These Danzons incorporate musical forms and styles of Marquez’s native Mexico to great effect.

The final piece of the evening, “Variaciones Concertantes” was composed in the 1950s by famous Argentine composer Alberto Ginastera. Zimmerman described the piece as “beautiful, but somber at the beginning”. As the title suggests, the work begins with an original theme followed by eleven variations or “variaciones,” each one intended to reflect the distinctive character of the instrument featured in that variation. In each of these variations one or two instruments in the chamber orchestra perform in a soloistic manner, leading up to a final variation that features the full ensemble.

Those interested in expanding on the concert experience are also welcome to attend the Urban Overture, which occurs the Wednesday before the concert at the downtown Radisson and features wine tasting, hors d’oeuvres, and a live musical performance with Peterson and a Q&A with Zimmerman. It makes for an excellent date night! Those who show up at the concert hall 45 minutes before the concert can also sit in on a pre-concert Q&A session with the soloists and Zimmerman before the performance proper. If you’re looking to heat up this Fargo winter, “Cold Weather, Hot Music” is a great way to do so.