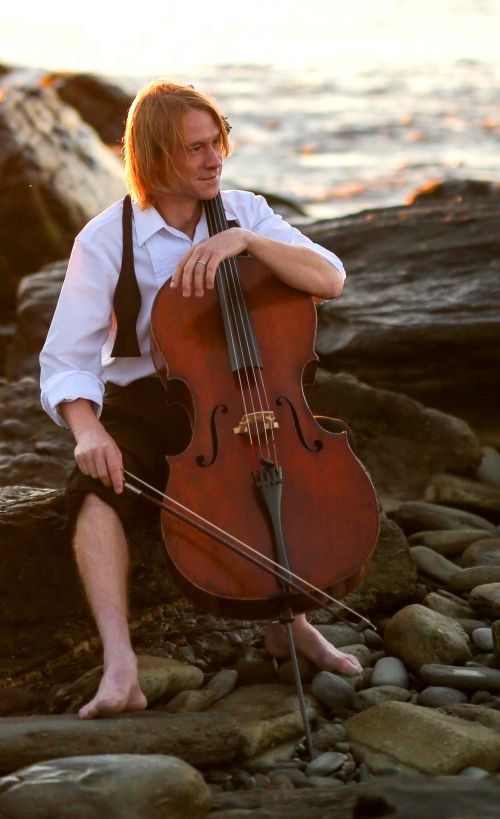 Fall has come around again, which of course means the beginning of a new season of the Fargo-Moorhead Symphony Orchestra’s ‘Masterworks’ series sponsored by Sanford Health. These concerts bring in a large number of listeners both old and new and never cease to amaze, and this season is gearing up to be no different in that sense. However, this year’s concert season does not have a particular theme, according to executive director Linda Boyd, “Other than emphasizing that going to a symphony concert is a singular LIVE music experience.”

She elaborated, “Each concert in the season has its own particular powerful draw.” In the case of the opening concert of this season? “We decided to double up on two of our most popular guest artists for the opening concert this year.” Those two guest artists are the internationally renowned Russian cellist Sergey Antonov and South Korean violinist Chee-Yun, both of whom have an incredible resume of work and recognition as performing soloists.

In the past few years, both Antonov and Chee-Yun have been guest performers with the Fargo-Moorhead Symphony Orchestra and are acquaintances of the music director and conductor Christopher Zimmerman, who had worked with them previous during his role as the music director of Virginia’s Fairfax Symphony. Boyd noted, “Both have actually been soloists with FMSO twice, which is somewhat unusual. Orchestras typically don’t repeat guest soloist appearances, but both Chee-Yun and Sergey were so popular with our audiences in their first appearances that we were confident that they would be a big hit the second time around (in each case two years later), which turned out to be the case. It is REALLY unusual, though, for a third appearance. We thought, however, that bringing them together for the beautiful Brahms “Double Concerto” would be a unique twist.”

What pieces will these two talented performers be playing with our likewise talented Fargo-Moorhead Symphony Orchestra? “The first half of the concert plays with the idea of these two musicians coming together to make music, alternating being orchestra pieces and solo showcases,” said Boyd. Both Chee-Yun and Sergey will play the first piece of the concert, the “Slavonic Dances” by 19th century Czech composer Antonin Dvorak, which Boyd described as “lush and romantic and rollicking.” Dvorak, a protégé of the great German Romantic composer Johannes Brahms, was an incredibly talented composer in his own right, going forward in his own direction from the lessons he learned from the German master.

After that piece, Sergey Antonov will perform the showpiece “Hungarian Rhapsody” by the renowned 19th century Bohemian cellist and composer David Popper. That is followed by the “dramatic and swirling” orchestral piece ‘Mephisto Waltz’ by the 19th century Hungarian Franz Liszt. The first half of the concert finishes with Chee-Yun soloing with the orchestra in a performance of the “Introduction and Rondo Capriccio” by the 19th century French composer Camille Saint-Saens.

“The whole first half of the concert is kind of a build-up to the second half of the concert,” said Boyd, “which is the stunning ‘Double Concerto for Violin, Cello, and Orchestra’ by the great 19th century German Romantic Johannes Brahms. The music in this concert will be dazzling from start to finish and is sure to ‘wow’ both newcomers and longtime patrons.”

During intermission and after the concert there will be CDs for sale by both Sergey Antonov and Chee-Yun for those interested in bringing their solo work home to be available to enjoy at any time. The admission is $30-38 for adults, but students with a current ID can get $5 rush tickets at the door a half hour before each performance. As always, there will be a free pre-concert talk by conductor Christopher Zimmerman in the adjacent recital hall 45 minutes before the concert for those interested. If you are new to the symphony, there is no better time to join than at the outset of a new season.