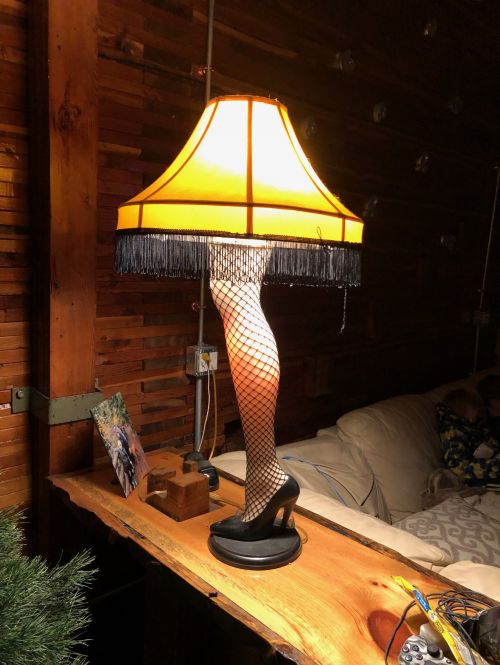 Fargo-Moorhead Community Theatre presents “A Christmas Story: The Musical” which is underway at the Stage at Island Park and will run through December 22. It has been promoted as a show both fans of the original movie as well as those new to the story will love.

“A Christmas Story: The Musical” is based on the 1983 movie of the same name and is fun for the whole family. It includes all the same characters and scenes that fans have grown to love over the years. In the movie, “A Christmas Story” follows Ralphie, a kid growing up in the 1940s, and his adventures leading up to Christmas. His wish for Christmas is to get an Official Red Ryder carbine-action 200-shot Range Model air rifle – what he considers to be the “Holy Grail” of Christmas gifts. His mother, however, worries he will, “shoot his eye out.”

Along the way, we watch and laugh as he and his family and friends deal with a list of misadventures and other funny moments – from his father receiving a leg lamp as a “major award,” to his brother, Randy, being forced to wear hilarious pink bunny pajamas. Fans of the movie will also remember Ralphie’s friend, Flick, taking a triple-dog-dare to lick a flagpole and having his tongue freeze to it. We also have to keep our eye on the bullies, the yellow-toothed Farkus and his henchman, Dill.

The book for “A Christmas Story: The Musical” was written by Joseph Robinette. Music and lyrics credits go to Benj Pasek and Justin Paul, the team who brought the music for “Dear Evan Hansen”, “La La Land,” and “The Greatest Showman.”

“A Christmas Story: The Musical” was first performed in 2009 and has been on Broadway in New York, as well as gone on tour around the United States. Some of the songs during the performance will no doubt strike a chord with fans of the original movie. They include – “Ralphie to the Rescue,” “A Major Award,” “Up on Santa’s Lap,” and, of course, “You’ll Shoot Your Eye Out!”

Lori Koenig directs the performances of “A Christmas Story: The Musical” at The Stage. The cast and crew include members of the Fargo-Moorhead community who began working together and practicing in early October, according to Fargo-Moorhead Community Theatre Marketing Coordinator Stephanie Berg. The performers vary in experience from new-comers to veterans.

Berg says the run time for the musical is between 2 and 2 ½ hours long. That includes a 15-minute intermission. She says tickets, which cost $15 for students, $20 for seniors, and $25 for all other adults, ar e still available for all performances. Tickets can be purchased in person at the Fargo-Moorhead Community Theatre box office, or by calling (701) 235-6778. Tickets can also be purchased online atwww.fmct.org.

The remaining schedule for “A Christmas Story: The Musical” is – December 13-15 and 20-22 at 7 p.m. There is also a 2 p.m. showing on December 16. Assistive listening devices are available at the box office for all performances.