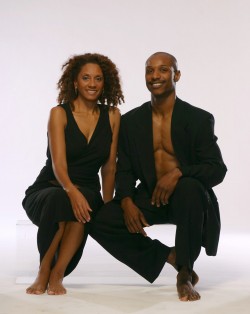 A short winter break gave the arts in the area a chance to catch its breath before beginning the second half of the 2014-2015 season, and one arts program returns with its signature diversity next weekend.

The 12-member company is slated for the stage at the Hansen Theatre on Saturday, Jan. 24, bringing a mixture and myriad of dance styles and skills in its performance.

Rebecca Sundet-Schoenwald, managing director of the Lossett arts series, saw the group perform in recent years, and thought their performance might bolster the series beyond what another dance studio, James Sewell Ballet of Minneapolis, has contributed.

“When I saw TU Dance, I thought this was really different from James Sewell, and it would be really nice to provide the dance community with another company that has a completely different approach,” she said.

Their performances have been enough to garner accolades ranging from Dance Magazine’s “25 to Watch” to the Star Tribune’s Artist of the Year to the prestigious Inaugural Princess Grace Award.

Previous audience members of any of James Sewell’s appearances in the Lossett arts series will find that TU Dance is a very, very different dance studio.

“They do a lot of fresh, creative, fun, beautiful things,” Sundet-Schoenwald said. “The performance that I saw had lots of short dances in it. It wasn’t like one major work or three or four or five different ballets … Some of it is very lighthearted, very funny. They have a great sense of humor in their choreography, and it’s just really, really beautiful, interesting stuff.”

Last spring’s world premiere performance of James Sewell’s “Inferno” was a production rated “R” for adult content, and Sundet-Schoenwald points out that TU Dance is a group with a performance appropriate for everybody, kids included.

“I think everybody would really, really enjoy this, and I think it would appeal to diverse audiences -- young people, old people, young dance studio students would really enjoy it too … There’s nothing to worry about if a family wants to bring their kids to it. It’s very accessible and family-friendly.”