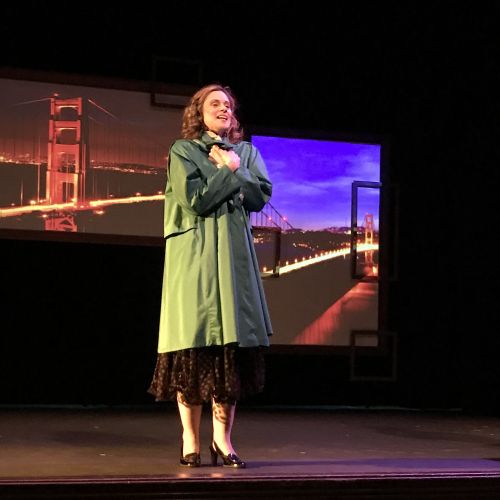 To many people unfamiliar with the wide range of the musical genre, the word ‘opera’ conjures up stereotypical images of people in period costumes and large women in Viking garb singing in foreign languages. The truth, however, is that opera has continued to evolve over its life as an art form. FM Opera, which is celebrating its 50th anniversary this year, has been introducing people to the wide range opera can take as an art form during its long tenure in Fargo.

Recently, I had the opportunity to interview David Hamilton, the general director of FM Opera since 2006, about their upcoming production of “Three Decembers” a modern piece that is not only entertaining but serves as proof that opera is perfectly capable of addressing contemporary concerns.

“This is a very true to life exploration of a family and their lives over twenty years,” Hamilton said. “It’s in English. It’s also a production that I wouldn’t bring anyone under twelve to. The language is certainly true to life with a fair number of swear words-- not any more than you’d see on Netflix these days--but definitely not your grandma’s opera. It really is kind of a cross between opera and musical theater in the way the music and text speak directly to our lives. And, it’s only 90 minutes long.”

“Three Decembers” was composed by Jake Heggie, who is currently the #1 opera composer in the world, with a libretto by Gene Scheer based on an unfinished play by Terrence McNally. The production originally premiered in 2008. It concerns an overbearing Broadway diva and her two (now adult) children from December 1986 to 1996 to 2006. Because their mother was largely absent from their lives growing up and has a tendency to make everything center around her, her offspring resent her. “It opens with them reading one of her famous long-winded Christmas letters and then uses Christmas-time as a theme that weaves through the piece,” said Hamilton, “though there are several scenes that are not in December i.e. the Tony Awards when mother receives the nomination for best actress in a musical. It’s not really a holiday opera--more about family dynamics both funny and touching.”

The production, like many of those by FM Opera, features a mix of both local and national performers. The two leading ladies, Lucy Thrasher as Maddy and Anne Jennifer Nash as her daughter Bea are both voice professors who hail from Concordia in Moorhead and will be singing their roles for the first time. The son, Charlie, is played by Robert Wesley Mason, who is from New York and recently took part in a different production of Three Decembers in Nashville. The conductor, Cody Martin, lives in Florida. The stage director, Austin Regan, is a Fargo native who currently lives in New York and works on Broadway at the Metropolitan Opera and has a directing credit for Verdi’s “Rigoletto” with the Minnesota Opera under his belt.

Hamilton finished by saying, “This piece packs a lot of emotion into its 90 minutes. And, I can’t think of any other work that has a duet for the soprano and baritone about shoes and how therapeutic it is to buy a new pair of Jimmy Choos! Everyone will laugh one minute and turn around and cry at the next scene.”

Not suitable for children under 12