Tim Lamey continues the FMVA Visual Talks this Thursday at the Plains Art Museum “about his ongoing photography project to capture the unique qualities of the areas of extraordinary interest and contrast them with surrounding oil development.” The Visual Talks series is about sharing personal, academic or historical artwork and creative experiences in the Fargo-Moorhead community. This event is free and open to the public. For more info, visit http://fmva.org

This Friday night Sean Matthew Tillmann, better known as Har Mar Superstar, will perform live at The Aquarium. For a $10 cover, you can enjoy watching the goofy singer/dancer along with Marijuana Deathsquads, a Minneapolis-based noise band with an electronic, improvised sound. Attendees must be 21 or older. 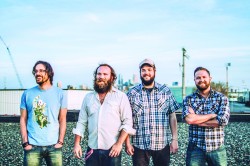 Originally from Minneapolis, 4onthefloor will perform at The Windbreak this Saturday. Forming in 2009, the group is known for their blues music resembling the Delta Blues and the hoedowns from America’s past and present. What makes them unique is that each of the four members stomp a bass drum while singing and performing on their other instruments. Cover charge is $3 to $5.

The American rock music group Saving Abel will perform in Fargo at Shotgun Sally’s. Saving Abel started in 2004 in Corinth, Miss.; the band’s name is a reference to the biblical story of Cain and Abel. Come watch their live performance this Sunday night. Cover charge is $15.

Summer Cinema 2015 continues Monday night at MSUM with comedy shorts of silent films. From some of Hollywood’s greatest stars in their most well-known roles, as well as rare and “lost” films, you can watch this retrospective event accompanied by pipe-organ music performed by Red River Chapter members of the American Theatre Organ Society. Each program runs for two hours and tickets are $4 per movie, available at the door. Treats will be served following the final showing. 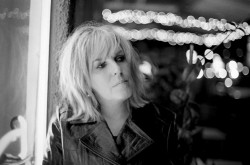 Legendary Americana singer-songwriter Lucinda Williams will perform at The Fargo Theatre on Thursday. Williams, who is now 62 years old, is touring the country in promotion of her 11th studio album “Down Where The Spirit Meets The Bone.” Tickets are available at jadepresents.com. Doors open at 7 p.m. Opening act Buick 6 starts at 8 p.m.