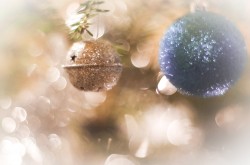 Bonanzaville’s Christmas on the Prairie is a long-held tradition at the West Fargo pioneer village, and another event may soon be sidelining it for annual appearances.

The musical entertainment follows a gluten-free meal consisting of a seared chicken breast in a lemon caper white wine sauce. There is also a vegetarian meal option of smoked Gouda farfalle, which is bow tie pasta baked with smoked Gouda cheese and spinach.

“It’s an elegant dinner that’s going to be served, and people should enjoy not only the entertainment, but the food as well,” executive director Brenda Warren said.

With the sounds of swing bands and styles of Glenn Miller and Lawrence Welk, the EBC Fraternity Alumni Orchestra has classic Christmas arrangements lined for Saturday night.

“This particular group is so popular in the Valley City area, and due to the fact that there are so many Valley City alums in the Fargo-Moorhead area that travel to Valley City, John Monilaws, the president of our board, thought it would be a great event and fundraiser at the same time for Bonanzaville,” Warren said. “So far tickets are going great and so it should be very successful.”

A seating capacity of 250 is able to be supported, and less than 100 remained as of mid-last week.

What’s great for ticket holders beyond the dinner and concert is free admission to Christmas on the Prairie, which runs from 1 to 6 p.m. in the pioneer village.

Caroling, carriage rides, arts and crafts, a silent auction, pictures with Santa Claus and more are set for Saturday’s village event, which costs $3 for children and $5 for adults, and should put anyone in the Christmas mood, especially the children.

“We have a direct line to the North Pole and the kids can call the North Pole, and even though Santa will be with us, his elves are answering there, so they can check on their Christmas gifts,” Warren said.

The Christmas season has no lack of events or celebration in Fargo-Moorhead, and with two offerings in one place, it’s a day outing that should definitely drum up the Christmas spirit.

“We’re in the Christmas Mood”