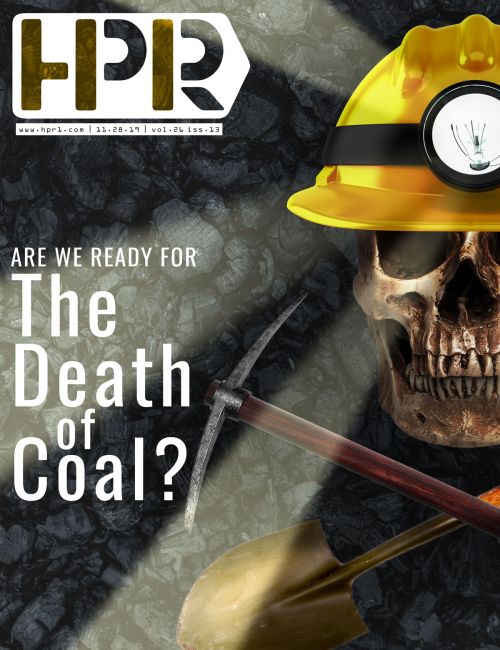 I have lived a truly blessed life. I’m married to the best human being on the planet and have a child that fills my heart with pride. But I know what made most this possible was that I was fortunate to stumble into a great union career. Most of my adult life, I’ve worked as a Union Boilermaker in coal-fired power plants. This work fed my family, kept a roof over our heads and allowed us to lead the lives we lead. Even with the reality of climate change, I am still proud of my work.

However, I am not blind to this reality. I love truth far too much to tell myself lies about climate change. I trust science far more than I trust my own desires or needs. Science has saved my soul, and I’m not about to doubt it now.

Climate change is real, and we are causing it. Period. The era of coal-fired power generation is coming to an end. The work I’ve done for decades will be no more.

Oh, coal’s not disappearing tomorrow. Huge sections of the technology to replace it doesn’t exist now at the needed levels. Elements of coal will be with us for a few decades, but we need to face the reality that in five years, there will be significantly fewer coal fired power plants in the US, and in ten years even fewer. Every year more plants will close, and more workers and their families will lose their economic stability.

This is great for the environment but terrible for those who bear the financial burden.

But let me state this plainly. No one can save coal. All the lies and promises in the world can only delay its demise and then only slightly. I have spent half my career talking to my fellow workers about the dangers of ignoring this issue, because many have bought into the lie that climate change is a hoax.

The reality is that coal is being slaughtered by capitalism itself. It’s already in the chute.

I am hardly a fan of Neo-liberal Capitalism, yet it is hard to ignore the fact that the strongest forces crushing coal are the inevitable economic forces capitalism brings to bear. The only thing that would save coal would be socialism on the grandest scale.

In that light of coal’s demise, let’s discuss some uncomfortable truths. There are certainly many things that people hate about coal fired power. Nevertheless, there are benefits it has brought to North Dakota like the thousands of highly-skilled, highly-paid jobs. This has raised thousands of us out of potential poverty and allowed us to raise our families in comfort and security. In turn, this has given several North Dakotan communities the opportunity to thrive.

But in the supreme irony of our world, it’s also the thing that is killing it. Those thousands of high skilled and high paying jobs are the albatross around coal’s neck. Capitalism has no sense of loyalty or duty. It is the harshest of mistresses, allowing the survival of only the cheapest and most efficient.

Coal is a difficult substance to work with. It can’t be pumped out of the ground and doesn’t transport easily. Coal plants require a lot of people to keep them running, and they wear out quickly, requiring expensive maintenance. I know this well since maintaining these plants is what I did for twenty years.

Coal is slowly being strangled by the economic reality of cheaper wind, cheaper solar but especially cheap and plentiful natural gas produced from fracking. Ironies abound here but few are greater than the fact that with all the work the environmental community has done to fight coal, it’s strongest enemy by far is another fossil fuel with its own serious environmental concerns.

These other methods of generating power are becoming more efficient every year, and continue to improve. They require fewer people with fewer skills, and most of North Dakota’s coal power plants are on the older side of 40 years. The blunt truth is there is only so much that can be done to upgrade an existing power plant, and no one is building new plants… No one will.

The newer industries, including natural gas plants, can be installed in stages. Gone are the days where companies were willing to front the two billion dollars it would take to build a coal plant that wouldn’t become operational for years. All the newer generators are far smaller, cost far less and can be built and brought online much sooner for a better return on investment.

The new generation power plants are also more modular with virtually all the major components being built elsewhere and shipped in. In general, their assembly needs less skill and fewer people. Instead of tens of thousands of complicated welds, these new facilities are mostly bolted together. Furthermore, solar, natural gas and even wind facilities require less maintenance.

Requiring fewer skilled people to build, operate and maintain is a hard formula to beat. The truth is that coal is becoming too expensive to compete exactly because of the high paying jobs it created.

This is something that we all need to be more aware of.

Mark my words, celebrated they may be by some, these closings are going to be disasters for the communities that rely on them. Since the newer industries hire far fewer people for less money, many of these jobs will not be replaced. Towns like Beulah, Hazen and Stanton face becoming Detroits in miniature while thousands of families face a bleak economic future. We are rapidly approaching an ugly cliff.

Right! We know it’s going to happen so what are we doing about it? What is our plan?

Actually, we don’t have one.

And we don’t have one because both sides of the climate change issue are lying to themselves. I know that few want to hear this but it’s true. One side pretends if they remain in power, we can all live in 1975 forever… a 1975 without unions though.

But to make matters worse, many on the liberal/environmental side continue to think that the transition into renewables will be made without much concern thinking that workers can roll over into the new industries at the roughly the same numbers and rates of pay.

Both sides are just fantasies. The climate deniers are blowing smoke up their backsides. The science is sound, the 70’s are gone, and no law, or political party or president will ever turn this around. But understand that for our side to believe that this transition won’t have a significant human cost is just as misguided. Every major industry transition in history has been brutal on the workers, their families and communities. This will be no different.

Trump got elected, in part, by taking advantage of people’s fear of losing their future, and we helped him along by focusing exhaustively on the science and numbers yet ignoring the human element.

We’re the liberals and progressives here. The human element is supposed to be our speciality. It’s what we pride ourselves on.

Let’s not continue to make this mistake.