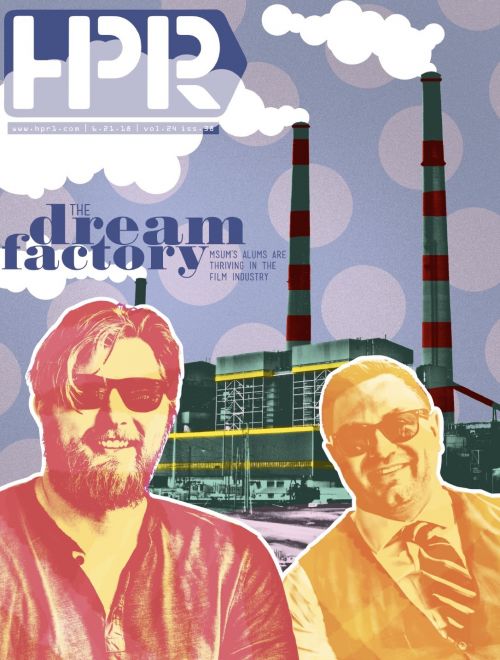 Tucked away near the rolling hills of West Hollywood, Chris Haskell, a former student at MSUM, makes his usual trek into his office where he edits footage to craft trailers to some of the biggest films coming in the industry. After a long day of breaking down movies, and going over studio notes, he takes his usual route down the palm tree lined Hollywood Boulevard and notices a large mass blocking the traffic.

Spectacularly, he realizes, he is being halted by a replica of the Millennium Falcon, parked illegally across the street during the premiere of “Solo: A Star Wars Story.” It’s moments like these that are sobering for him as he recalls his time as a star gazing film geek in rural Minnesota.

“The population there was around 1,200 then so I never knew it was an option to take film as a career path,” Haskell said. “All through school I was studying other things – writing, for example. I’ve always been a big film collector and would watch every movie in our local theater so, when it was time to pick a college, I was looking at doing something fun and that’s when I stumbled upon MSUM and their film program. I thought if there’s anything I can get through three or four years [of], it would be film.”

Three miles away, but roughly twenty minutes by car, is Brent Rockswold – one of the biggest film trailer editors working today. His resume is both impressive and staggering. Seeing his list of past work is like scrolling through a streaming service. He has worked on the biggest franchises including the Marvel cinematic universe, Blade Runner 2049, and Star Wars. Brent, like Chris, had a deep connection to film from a young age. He never imagined any of this was possible growing up in the small town of Litchfield, North Dakota.

“When I was kid we had our VCR and I had a collection of movies that I’d watch on repeat,” Rockswold said. “Once I got older I started to go to the movie theater with my friends. I would want to get there as early as possible so I could see all the new trailers. I really had an affinity towards movies from then on, and when I started my degree at NDSU, which was mass communications, I found out MSUM had a film program. I went over there and that got me more into the making-of aspect of movies. It’s not always what comes to mind when you’re thinking about movies: the fact that you can actually make one. I didn’t even know you could do what I’m doing for a living until I moved out to Los Angeles. It was one of those things that I discovered as I went along.” 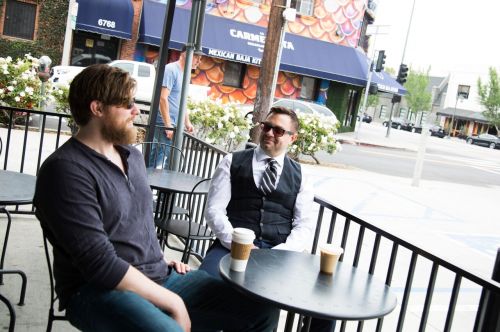 Both Haskell and Rockswold, by chance and hard work, made use of their experience in the film program to succeed in the film industry, guided by the helping hand and encouragement of their professor Tom Brandau. Tom Brandau, passionate and supporting, has been one of the many voices that circles the heads of the successful students of the MSUM film program. A sizeable community of alumni have migrated to the West Coast and have congregated in the heart of the industry.

In the early ’70s the MSUM film program was devoted strictly to a studies major emphasizing the criticism, analysis, and history of film. At that time, the program was run by film historian and local legend Ted Larson. When Larson passed away in early 2000, his colleague, and fellow film historian and academic, Harold “Rusty” Casselton stepped in for a semester hoping to keep the program afloat during the transition. After the semester ended the administration suggested he stay, and he did. Casselton knew from the beginning that the only way for the program to grow was to implement film production and slowly build the program from the ground up. Casselton went on a search for working filmmakers across the country who could teach the courses and slowly but surely built the crew of professors running the major now.

The film program, which has expanded considerably since, has always been known for its community and sense of familial attachment. After all, in some ways, it’s out of necessity. Film, in many respects, is still a niche career and especially hard to explain when the stigma of the film industry is that you will not succeed.

Despite their doubts, Brandau truly believes in the success of his students.

“One of the things we find ourselves constantly addressing with prospective students, current students, parents, etc. is what is going to happen with this particular degree,” Brandau said. “What will my son/daughter/I do once I graduate? Are there opportunities out there? The answer we always give is, yeah there are a lot of opportunities out there and we have a number of very successful examples of former students that have gone on and done great things. It always comes down to how willing you are to put in the work for the search.”

It’s not lost on him that so many MSUM students are going on to do extraordinary things.

“What we have going on, in terms of our alumni out in L.A., are people that are working with some of the biggest filmmakers today,” Brandau said.

Brent Rockswold is one of them. After he discovered the enveloping world of film production he thought the only logical conclusion would be to move to Los Angeles with little to no plan.

“At the time I wasn’t fully aware of the other cities known for their film industry,” Rockswold said. “So, as a naive twenty-something-year-old I thought, ‘Ah, yeah. I’ll just go out to Los Angeles.’ So I basically made a decision with myself and thought I’d try it out for a bit and see if it worked out or not.”

Rockswold made the journey west and found himself living out of his car for a couple of days with the hope he would land something sooner rather than later. Back in Minnesota, Tom Brandau caught wind of his hapless journey and started contacting former students in an effort to help get Brent on his feet. He reached out to Mike Flannagan, a former student from Baltimore, and Flannagan agreed to let Rockswold crash on his couch.

“To this very day they’re really close,” Brandau said. He smiled. “The joke Mike keeps making about Brent is that Mike would love to have Brent make trailers for him, especially now that Mike is working on a Netflix show, but he simply can’t afford Brent. Brent’s gotten so popular now, working on trailers for the biggest franchises. It’s incredible. Who knew that, when he was crashing on Mike’s couch, he would get to where he’s at now?”

Chris Haskell, like Rockswold, had similar struggles even sharing the same type of part time job at a local Target to make ends meet. After months of persistence and determination, and sixty-plus individual cover letters, Haskell landed a job at the company he works for now, starting from the ground up as a runner and eventually as an editor.

“You have to make the leap,” Haskell said. “Once you’re here it’s about putting in the hard work and sticking with it. There’s a huge Minnesotan community here now and we all help each other out.”

It’s a mantra that is echoed by all three men. If you want to succeed you must learn how to handle the tools and understand the craft. The only thing that will create the object is the work itself.

After a long day in the studio, and a longer than usual commute home, Haskell spends time with his children. When they are tucked in and ready for bed he spends his free time watching movies at home. At this juncture, after spending days and weeks around films, you’d think it’d be a point of exhaustion. It is, for some, but not those who live the dream.

By Annie Prafckeannieprafcke@gmail.comFargo, ND – As winter’s chill and a global pandemic provide the backdrop for this holiday season, many of us are finding it difficult to feel spirited. However, for seniors residing in…

jas@hpr1.comThese days – this year – it’s a challenge to see good when there’s so much bad going on out there. It’s not easy to pull back the layers and to see what’s there for which we should be thankful. Yet it’s…

fargogadfly@gmail.comMission PossiblePresident Joe: your first important mission, if you choose to accept it, is to ask 90 million American registered voters why they didn’t vote in 2020. Then tell Chairman Tom Perez and the…

by John Showalterjohn.d.showalter@gmail.comThe COVID-19 pandemic may have brought most live musical performances to a screeching halt, but that doesn’t mean that industrious musicians have been any less busy. Streaming outlets…

By Jillian Finkelsonjsfinkelson99@gmail.comOscar de Leon has been making films locally for years. His latest project has been nominated for the Exceptional Artistry Award.In his own words, Oscar tells HPR about the project and its…