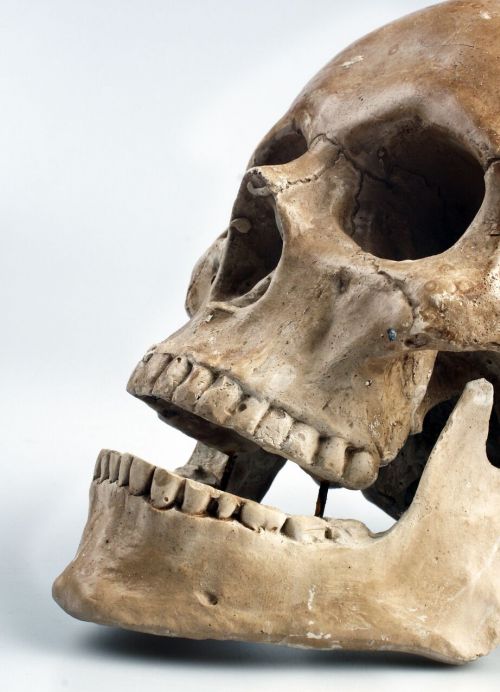 Niagara is a peaceful farm town of about 50 or so residents. It is located on Highway 2 on the westernmost stretch of Grand Forks County. One would never have guessed that it was home to a serial killer in the early part of the 20th century. The story of Eugene Butler and his skeletons in the cellar still remains one of our state’s most notable unsolved murder mysteries.

On June 25, 1915 Leo Verhulehn planned to dig a cellar on his newly acquired property located between Niagara and Shawnee, but instead he dug up a pile of human bones.

Six skeletons covered by six feet of earth, five of which were adults, one a child. The remains were kept in a hole guarded by a trap door in the floorboards of the farmhouse. All of the skulls were pierced and split as if they had been struck by a sharp object. Leg bones were broken so they could fit in the shallow dugout.

To this day none of the victims have been identified. It’s not known if the victims were related. Were they hired help that the previous tenant no longer wanted to pay for? Were they transient farmhands searching for work? Was it a series of intimate encounters gone awry?

The perpetrator was the previous owner of the property, Eugene Butler, notoriously cheap and even more notoriously unstable. Neighbors remember him talking about how his housekeepers were costing him too much, but no one thought they would end up dead.

Butler homesteaded his land in 1882, but as he grew older he grew more paranoid. He refused to let anyone take his photo because he thought it would steal his soul and he would die. He would wake up in the middle of the night prowling his land and perusing his home, convinced someone was trying to break in or trespass.

In 1906 he was sent to the asylum in Jamestown, North Dakota, where his paranoia grew increasingly worse. W.M. Hotchkiss, asylum superintendent, said he “Was haunted by the hallucination that someone was after him.” It’s unknown if he was hallucinating or whether he was haunted by the victims buried beneath his floorboards. He died in 1912, three years before Verhulehn made his grisly discovery and was, of course, never convicted.

As if the miserly reclusive Eugene Butler going to the asylum didn’t create enough of a stir in the community, it was found out that Butler had $6,000 in cash in his small house. That’s approximately $150,000 in today’s dollars. And he owned a considerable amount of land in Grand Forks County. The bodies in the cellar added even more mystery.

It’s believed that the crimes took place over a period of years; and oddly enough, no locals had been reported missing. It’s also believed that the victim’s clothes were burned to conceal their identities. The case file itself is missing and any record may have been lost or destroyed.

Once the story was made public in 1915, over 150 rubberneckers and curiosity seekers flocked to the farm and pocketed human bone fragments as ghastly souvenirs from the crime scene.