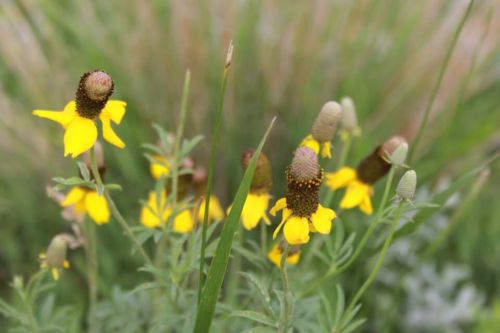 The environment is a hot topic nowadays. Nature and people’s interaction with it are at the forefront of political and social discussions. But for all our fixation on it, hardly has there been a point in history where humans have been so far removed from the natural world.

This isn’t just the case in a huge metropolis like New York City, but even in smaller urban areas like Fargo. However, many people want to learn more about the natural world and revisit it in a way that ancestors as close as our grandparents or great-grandparents were able to do, but that we seem to have lost. Call it the call of the wild.

Jeffrey D. Miller, operations coordinator, and Tony Peterson of the Cass County Soil Conservation District, discussed some ways in which they are trying to help average people get back in touch with the natural world we are bound to, despite however many degrees of separation we put between ourselves and it.

Soil conservation districts are sub-governmental entities, partially funded by taxes, that have historically and currently made a major project of planting trees on farmers’ properties as windbreaks for fields and to prevent soil erosion.

Every county in North Dakota has one, and in Cass County alone they have planted over 250,000 trees. They also help share costs in a number of planting opportunities for people in urban areas, what they call “urban conservation.” “Not everyone owns acreage,” said Miller. They offer opportunities to create bastions of nature in the city, which are made more affordable. “Everyone should have a benefit.”

Miller presented me with a sobering fact. “Less than 1% of the original tallgrass prairie is left. A lot of people don’t know that.” Even just a century ago, vast swathes of this area were covered in prairie grass.

“People don’t care about things they don’t know about,” he added. That is where their recently started Prairie Planter project comes in.

Through this program, people can buy planters (basically specialized pots) of two different sizes in which they can have a selection of naturally occurring prairie flora planted. They have selections of plants for all periods of the growing season. These plants can provide some small sustenance for pollinators in urban areas, as well as offering people education about our own natural vegetation that has disappeared at an alarming rate.

Plus, they’re just pleasant to look at. “There’s never too much visibility,” said Miller.

This is only one of many services that the Cass County Soil Conservation District has to offer. For example, what would most people agree is the worst part of gardening? Pulling weeds. The District can install “fabric gardening.” Fabric with holes for the beneficial plants you do want to grow prevents most of the soil around them from being seeded by weeds. The time spent having to keep up one’s garden is dramatically lowered.

The Cass County Soil Conservation District will be presenting a Pollinator Habitat Workshop in Moorhead on March 27. That evening, attendees will be presented with education on pollinator habitats, how to create them, and receive the start of a design plan of their own. Attendees will also receive seed kits to help them get started. Surely anyone who has expressed concern about the declining honeybee population will find a lot of value in this class.

At a time when political discourse has become increasingly divisive, it can be easy to forget that we all share the same planet and that our own fate as a species is intimately commingled with the fate of the natural world.

While planting a patch of prairie grass in your lawn might not save the world, it’s at least a start. The environment shouldn’t be solely a political issue. “It’s a human issue,” said Miller. And the first step in addressing that issue is beginning to care.