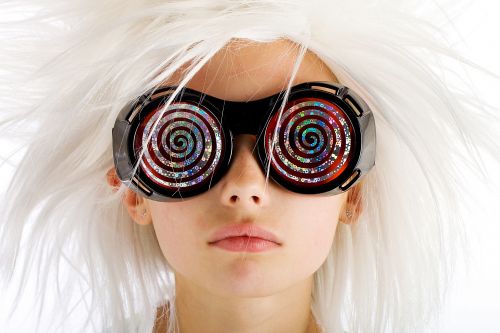 To everything, there is a season, a time to weep and a time to laugh and of course, a time to make 2020 predictions. I can hear it, the prediction clock is ticking, and while many of us are great at making predictions, hardly any of us short of Warren Buffet are great at getting them to stick. Clearly, the fear of being wrong isn’t stopping anyone, not even me.

The trick to prediction is being vague enough in your prediction wording that there are multiple ways to interpret them.

In the ‘90s, AT&T “You Will” commercials flashed images of futuristic video calls and handheld computing devices, personal assistants, and pretty much nailed many emerging technologies of the next few decades. Before that, Star Trek predicted a future with uncanny accuracy. Foretelling a world with automatic doors, instant communicators, giant wall-size displays and talking computers. One has to wonder if they were predicting or inspiring the technology of the future. We then can wonder if there really is a difference? Are inspirational works a soft blueprint leading us to create those imagined creations?

Has there been a piece of tech as game-changing as the smartphone? When it came to the market, it single-handedly swallowed entire industries of gadgets that now could be replaced by a simple app. But what made the smartphone possible was a symphony of technologies working in harmony. Without some critical part, it wouldn’t have been possible. Similarly, many technologies on this list are important because they can be part of something greater. Perhaps even the next big thing in tech.

The most exciting/frightening tech on the horizon seems to be artificial intelligence or machine learning. Few technological breakthroughs since electricity and the creation of the internet have inspired so much interest and simultaneous fear. Quite honestly it should. Like any powerful tool, it can be used to do great works or great harm.

My prediction is not that AI will be the next big thing, clearly, it already is. However for AI to be truly successful it needs to be available for developers at all stages and be ubiquitous and simple enough so even non-developers can use it. I believe that is the next step, over-the-counter AI that will be built into smart homes and assistants, surveillance. We will see an explosion of invisible, cloud-based AI added to almost everything.

My hope is that we will have AI to communicate on our behalf. Instead of voicemail, an AI can screen calls or direct noncritical parties to your email or texting. Perhaps ridding us of robocalls forever.

The Rise of Streaming Games

There’s nothing new about streaming services. They’ve been around forever, Netflix started its video streaming services in 2007. Back then, streaming was plagued by long load times and skipping that made it sometimes painful to watch. What changed wasn’t so much the software, it was internet speeds that made it tip from fringe early adoption to the mainstream.

Video games are another story. On one hand, the benefits could be enormous. Perhaps the next killer system will just be no system. Unencumbered by the hardware, we will be able to have on-the-go AAA gaming. Untethered VR for a more immersive experience. 5G will make it possible to do this all from our phones.

Maybe we don’t need everything to be connected to the internet. There are some truly great innovations with cameras, lighting, and locks that have changed our lives, and there are others that only complicate them and create new problems. I’m looking at you, smart fridges.

This is the year for home-based IOT (internet of things). The central powers in Smart Home, Apple, Google and Amazon have recently agreed to make a unifying standard for smart home devices opening the floodgates for rapid development. That means more choices for consumers in less time. It also means the smart devices might be able to work together for infinite possibilities.

My hope though is that good tech will prevail and silly ideas will not muddy the waters for true innovators.