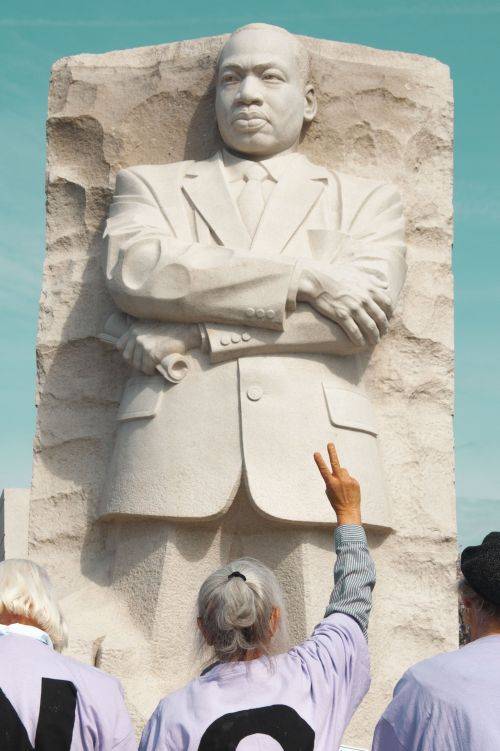 Two teenagers rescued around 20 Koalas from the horrific bushfires in Australia, fitting them in their car.

An anonymous donor pays off back taxes for several mobile home residents.

Neighbors with snow blowers free their buried counterparts after the storm of the decade.

It is easy to lose focus on the good, in a turbulent time of political unrest, unstable weather patterns, incalculable loss from fires, floods and other natural disasters. When we spend too much of our precious time scrolling blindly through a haphazard combination of current events and the Joneses on social media.

We too often forget that when we reach out to others, and attempt a connection, even in the smallest way, and put the needs of someone else over our own, the result is seldom contested. We feel good -- uplifted -- better.

“Life's most persistent and urgent question is, 'What are you doing for others?' "

Martin Luther King Day was designated a national Day of Service by Congress in 1994. The government website for the Corporation for National and Community Service says this about MLK Day:

"The MLK Day of Service inspires hundreds of thousands of Americans to come together to serve their community. Citizens in all 50 states deliver meals, refurbish schools and community centers, and collect food and clothing. Volunteers also recruit mentors, support job-seekers, build homes and provide other services for veterans and military families, and help citizens improve their financial literacy skills. Our nation’s leaders including congressional members, governors, and mayors honor Dr. King’s legacy through service projects while addressing pressing community needs."

The third Monday in January celebrates not just Dr. Martin Luther King Jr., but a day that citizens can give back to their communities. It is both a federal and state government holiday, so many will not have to work.

We can use the day to consider, plan and act on what we as individuals can do to contribute to our society in ways that benefit everyone. Attending a lecture or march, viewing art that expands traditional thought, donating household items to a thrift store or essential personal items and winter clothing to a homeless shelter.

Or, we could do something far more difficult -- listen to the views that differ from our own. We don't have to engage to listen. We don't have to take up arms to push past political ideals and just let someone else be heard -- by you. The individual. Listening is not agreement. It is letting the other person be who they are as a human. If we find that the words of the other are dangerous, and detrimental to our well being, we can choose to excuse ourselves and leave the conversation. But let's not assume that will be the outcome every time, or even most of the time. Perhaps a small light of understanding can make a difference. As Dr. King said, "Darkness cannot drive out darkness; only light can do that. Hate cannot drive out hate; only love can do that."

That is not to say that Dr. King was a pushover, by any stretch. Between 1955 and 1965, King was arrested nearly 30 times. He called for nonviolent civil disobedience to racial segregation.

Until his assasination in 1968, he fought for economic justice. He felt the "three major evils of society" were racism, poverty and war.

He wanted to redirect funds that were going into the military (Vietnam) into housing, health care, education, and jobs.

Dr. King said "True compassion is more than flinging a coin to a beggar; it comes to see that an edifice which produces beggars needs restructuring."

Two local events (both free and open to the public) featuring visonairies with inspiring words worth listening to are "Reflections on the Common Good," the Human Relations Awards at the Fargo Theatre, and Concordia College's 2020 MLK Day theme, "Not Racist: The White Modern Myth."

The Fargo Human Relations Commission will host their annual celebration honoring civil rights leader Dr. Martin Luther King, Jr. on Monday, January 20th, at 6:30 p.m. at the Fargo Theatre. The 19th annual event will feature performances by Frederick Edwards, Treo’Soul, and a Somali Dance Group, in addition to the Fargo Human Relations Award presentations. The winners from the categories Youth, Adult, and Organization are:

Youth: Zamzam Abdi
Zamzam is known for her dedication to serving others and for founding the Somali Student Association at NDSU.

Adult: Lenard Wells
Lenard is the housing director for the F5 Project. He is an advocate for felons who seek a new life outside of confinement.

Organization: Legacy Children’s Foundation
The Legacy Children's Foundation is "a private, 501(c)3 nonprofit developed by Fargo teenagers in 2011 to provide educational support and opportunities for impoverished teens hungry for resources and relationships to fully develop their innate talents."

With the theme "Not Racist: The White Modern Myth," Concordia College offers a full day of activities and events.
Keynote speakers are Seattle-based author and speaker Ijeoma Oluo and Janaya Khan, co-founder of BLM in Toronto, Canada, and executive director of Gender Justice LA.
Local activists Heather Keeler assistant director of Multicultural Recruitment at NDSU, and Erin Maye Quade, advocacy director at Gender Justice, will join the keynote speakers at a late afternoon panel discussion.
An interactive exhibit, "Tunnel of Oppression" will be featured in the Knutson Campus Center Atrium, from Monday, Jan.20, through Friday, Jan.24.