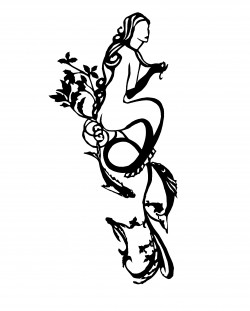 Cryptozoology is considered a pseudoscience. Its purpose is to discern whether the legacy of the sasquatch and yeti are fact or fiction. It questions whether or not monsters walk among us or whether they’re figments of our imagination. Many of these beasts have roots in Native lore as well as European folklore. Needless to say, the Northern plains has its fair share of monsters leaving plenty of fodder for campfire tales and long winters.

We found out about the Miniwashitu thanks to our friends at Ghosts of North Dakota. According to the Nebraska historical society, author Melvin Randolph Gilmore contributed to scientific periodicals on the culture and livelihood of natives in the Missouri river valley. He was an authority on Plains Indians, was an adopted member of the Pawnee tribe, and served as museum curator for a number of institutions, including in North Dakota, from 1916 to 1923.

In 1921, Gilmore wrote about North Dakota’s own river monster. Miniwashitu lives in the waters of the Missouri River. It is said that if anyone gazes upon the horrible beast in daylight that they will soon lose their mind and their sight. They’ll become restless, and writhe as if in pain for the remainder of their days, until relieved by death. Some say that the monster still lives in the river. In the spring it travels upstream, breaking the ice with the jagged spines on its back.The appearance is often followed by a deafening roar. The water then turns red, as if on fire.

One man’s account describes Miniwashitu as a beast similar to the great buffalo, with long red hair, a cyclopic eye, and a single horn above the eye. Out of its back, through coarse tufts of red snarled hair, project spines jagged like the teeth of a primitive saw. The man who spoke of seeing Miniwashitu came to a quick decline as he lost his mind and met his maker shortly thereafter.

Miniwashitu isn’t the only being that lives beneath the depths of the mighty Missouri River and not all of these creatures are menacing. It is said that a beautiful mermaid and her lover swam the length of the Missouri for generations. Little is known of where they came from, but he was known for his wondrous strength and she was known for her ethereal beauty and magic.

Once the Garrison Dam was built, a barrier lay between the two lovers, and they were separated. According to the residents of Riverdale, she lives in the depths of Lake Sakakawea, the reservoir that stemmed from the creation of Garrison Dam in 1956.

According to North Dakota Tourism it contains 32% of the water in the Missouri River system and is the third largest reservoir in the world. According to the Army Corps of Engineers, Lake Sakakawea covers a span of 382,000 acres and reaches depths of up to 180 feet--some of the giant sturgeon and paddlefish that live beneath the depths are real life river monsters.

The mermaid is believed to rule the waters of Sakakawea as well as the other inhabitants of the lake. It has also been told that her song can be heard on clear moonlit nights, or the light of her scepter can be seen as she individually blesses the creatures who live in her man-made kingdom. According to the local legend, she stays near the deepest depths of the lake hoping to one day reunite with her lover.

It is said that if you are lucky enough to see her or receive her blessing, you can be assured of boundless luck and safe passage on the waters of Lake Sakakawea. The city of Riverdale has a beautiful metal statue of her, and incorporated her into their city symbol.

The fearsome Wendigo of Northern Minnesota, a giant woods spirit so thin that its profile cannot be seen, stands as tall as the trees -- but with a taste for human flesh.

According to legend, the Wendigo is born once a man resorts to cannibalism. They have long fangs, jaundiced skin, matted hair and glowing eyes. They are tall, lanky and have an insatiable hunger. If seen, it is believed they are a harbinger of death.

Jack Fiddler, a man of Ojibwe-Cree descent, boasted that he had killed up to 14 Wendigo in his lifetime. In 1907 he and his son were put on trial for murder after they killed their last “Wendigo.”

The Wendigo in question was a Cree woman, Fiddler claimed that if he hadn’t killed her, it would have only been a matter of time before she transformed and the whole village would have been in jeopardy.

Like any oral tradition, opinions differ. The Rougarou has sacred connotations and is reputed to be in touch with nature, much like Bigfoot, who has also been known to pop up throughout rural North Dakota, most recently in Ellendale last Christmas.

The Rougarou has the head of a wolf and the body of a man. There are a few variations on how one becomes a Rougarou. It’s either a genetic disorder in which everything is fine until the lyconthropy (the condition of turning into a werewolf) is triggered or they are cursed by some kind of deity, such as a witch.

According to Professor Barry Jean Ancelet, an expert in Cajun folklore at the University of Louisiana at Lafayette, the story of the Rougarou was believed to have originated as a cautionary tale in Medieval France, to scare children into staying away from the woods at night.

Once these tales made it across the Atlantic to Cajun Louisiana, the Rougarou legend reacclimated and it was said to prowl the swamps, fields, forests, and the city of New Orleans.

The story surrounding the Rougarou wasn’t just a tale to keep the kids in line -- it was also a tale to keep good Catholics in line. If you broke the rules of lent seven years in a row -- you’d run the risk of turning into the Rougarou.

They are said to transform during the full moon; and once they do, they develop an insatiable craving for raw meat and will not be cured unless they have a taste of human flesh… but just one bite is all right for the Rougarou.

With this bite, the Rougarou transfers the curse of the Rougarou to its next victim and the vicious cycle continues -- though according to native lore, all it takes to transform is to make eye contact with the rugged beast. The Rougarou has associations in both southern Louisiana Cajun lore and Ojibwe or Metis culture.

The common thread between the Louisiana and North Dakota Rougarou lore is that it derived from a French speaking culture. The term Rougarou is close to the French word for werewolf, loup garou. There was a considerable amount of contact between the Ojibwe and French trappers as well as missionaries in our state’s history -- tales of the Rougarou can still be heard in the region, especially in the area surrounding the Turtle Mountains.