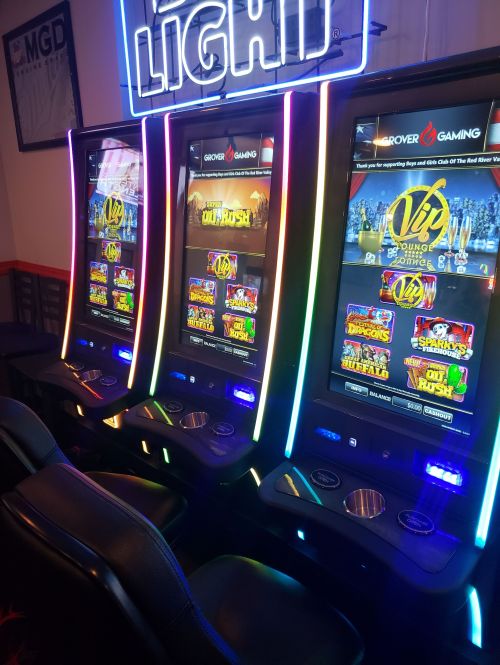 There is nothing more hopeless than a feeling unrequited. The obsession it brings, the doubt it stews, and the madness which erases your sense of self are crippling. You’ll give more than you are given to something that was never there but eventually realize that much of the misery you have gone through is of your own fault; the flashy exterior and promising first few goes ultimately mean nothing, but the investment is your own.

What else could I be talking about on this day, the 14th of February, than the plague of slot, erm, pull-tab machines that have spread across our land, signaling the beginning of the end for all things good and holy in our cherished city. They inserted themselves swiftly, with cunning efficiency in all manner of bar. South Fargo bars, North Fargo bars, and, lord have mercy, almost every downtown bar. Anywhere there existed two square feet of open space, it seemed a machine popped up.

Now, there is nothing inherently wrong with gambling. I am a firm believer that a person should be allowed to do whatever they want with their money so long as the only person being hurt is the payer. However, these machines are all a clever ruse. Their clear intention is to feign the experience of a slot machine while actually selling you the experience of a pull-tab jar.

The tickets and their symbols are presented in a manner which suggests their arrangement is meaningful, just like a slot machine. You press the button, the machine lights up, it makes noise, and rows or columns of shapes do or do not line up. Just like a slot machine, you’re now told whether you’ve won or lost.

What the machine isn’t very keen on letting you know is that every arrangement is predetermined. When the graphics are done revealing and you somehow only win thirty-five cents on a fifty cent go, it isn’t because the last row “just missed.” What happened was, you pressed the button and you were given an electric pull-tab already worth thirty-five cents before the revealing process even happened. This is also kind of like a slot machine.

The enormous difference, however, is that the winner is now removed from the pool of electric tickets, usually starting around 15,000, and the odds of winning in the game have gone down. If one of the very few big winners is pulled, it is gone until the machine is virtually refilled. This is severely different than a slot machine whose odds remain the same no matter how many winners are hit.

Who knows this going in? While the amount of remaining winners can be found within the various menus of the game, the information isn’t necessarily intuitive to find. There is a chance that most big winners are gone and the person playing is clueless, now wasting valuable emotional energy on a dream that was never there to begin with.

This subterfuge is all boring, however, and I must commend the evil ingenuity it must have taken to convince the state to allow this scourge to enter our lives and drain us so.

Perhaps the state, too, was enthralled by the flashing lights and bright colors of the apocalypse. More likely, though, a deal was negotiated in which the state makes money without doing anything. This is neat for the state. I must ask, though, why not just legalize actual slot machines, then?

There are many questions I would like answered, but most of all, I'm interested in what is next. What else can we warp into pull-tabs? Can we have legal marijuana this way? I doubt it, but I don’t doubt that similar schemes will arise in the future.

More colorful but cold machines which fail to reciprocate the intrigue. Games which will succeed at giving a rise but then also succeed at letting us down. Enticing, gaudy gambles which will lure the same mistakes from us, us the only one to blame as we roll the probably virtual dice one more time.