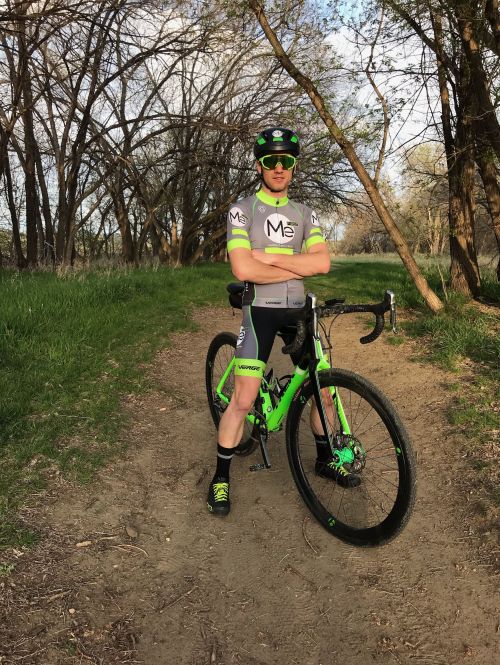 Bicycling is becoming more and more popular in North Dakota bringing more challenging bike races around the state. The newest one is the Kidder County Classic which is set to roll out from Main Street in Robinson on June 22.

The Classic is made up of two courses of 70 and 22 miles and will primarily be run on gravel roads in Kidder County. Robinson, where the race will begin and end, is a small town of about 100 residents. It is located roughly 70 miles northeast of Bismarck and about 65 miles northwest of Jamestown.

Jayden Hanson, will act as race director for this inaugural event, said he feels the Kidder County Classic has something for all levels of bikers between the two courses, but the 70-mile course will definitely be a challenge.

“There’s one climb in there that I didn’t know about until we actually drove up it,” Hanson said. “It’s called Wagon Wheel Hill. It’s actually a Category 5 Climb, they call it. In cycling they categorize climbs by how tough they are. 5 would be one of the easier ones, but it’s still a pretty wild climb. It’s a minimum maintenance road too, so it’s not maintained very well. It’s going to be a challenge – not just the grade, but the terrain. It’s going to be neat.”

For those bikers who are not up to quite such a grueling ride, Hanson said the 22-mile course offers a way for folks to participate in the event.

Planning for the Kidder County Classic began when Hanson was out for a ride and struck up a conversation with Bill Bender. Bender is mayor of Robinson and part owner of Hanson’s Bar, which originally belonged to Hanson’s uncle Danny before he passed away.

“I was riding through Robinson one day on my gravel bike and Bill saw me,” Hanson said. “We started talking about bikes and he said, ‘I got this buddy out in Minnesota that rides a lot of bikes.”

Bender got Hanson in contact with his friend from Minnesota, Kyle Ness, about three years ago. After emailing back and forth, the trio was finally able to hammer out some details and work out a weekend and tentative route for the course.

Hanson said the planning included inspiration from the Ian Easton and Tyler Huber of the Burleigh County Bicycle Cult. They put on Burleigh County Cup, another yearly bike race in central North Dakota. Hanson rode that race, which was held on May 11, in the rain. Because of the weather and road conditions, the Burleigh County Cup was shortened from 75 to 60 miles. Hanson was fine with that.

“It was really muddy and gross,” Hanson said. “I was mentally prepared to do the 75 miles, but I’m glad they shut it down at 60 because I don’t think my body would have made it. Gravel is a different animal than road. It takes a lot more effort.”

Hanson took 4th-place in that event averaging around 14 miles per hour and finishing in 4.5 hours.

Hanson said the route has been changed a few times due to the original route running through private land and another version routing riders across a busy highway. Ultimately, after looking at the route and working out the kinks, Hanson said they came up with a course that they felt was the most respectful to their neighbors and safest for the riders.

The Kidder County Classic will begin with a neutral rollout at 8 a.m. on June 22. So far, there are 15 riders registered. Hanson said he hopes to see at least 25 riders this first year, but would love to see many more.

There is no official registration fee, but the organizers are asking riders for a donation of $10 each to help offset cost of putting the race together. There is also no deadline for this year’s event. Hanson said he’d like to see people sign up as early as possible, but if they find they are free at the last minute and want to ride, they are more than welcome.

Hanson said there will be trophies for the winners of the races in men’s and women’s categories and noted that the races are open to any style of bike. Hanson, who is a welder by trade, will hand-make the trophies himself.

Hanson suggests that anyone riding the race should bring plenty of water and food and prepare for whatever Mother Nature has in store that day.