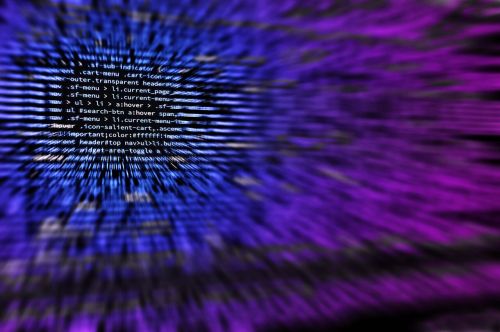 Do things look bleak in your working life? Every job is a contract position. Nothing comes with health care. Many of us carry so much debt.

Not if you can code…

You probably already do code. You do it in Excel or Google Spreadsheets. You run little processes in a sequence or do a series of find-and-replace routines in a big document. How many Find and Replace routines have you done in your computer career?

Programming as a career can lead to a rewarding, solidly middle-class existence. If you are inclined and enjoy the work, it’s a good way to spend time, and if you work for and with good people, it can be very fun—even the dry parts have something to teach you.

Of course, this is true of any place where smart people work. If your situation is lousy, you can probably find another job more easily than, say, a writer. If you are a little older or retired it can be a second career or just a fun skill with which to impress the younger know-it-alls.

The industry twists and turns so often, though, that who knows what the next 10 or 20 years will bring?

The iPhone, and mobile in general, created a brief renaissance for people who could program using lower-level languages such as Objective-C, people who could worry about a computer’s memory. Perhaps the Internet of Things will turn everything into a sensor.

Did you know that you wander Disney World with a wristband tracking your location; the whole place is a computer. This will require yet more low-level thinking. And then there will be websites to make, apps to build, and on and on.

There’s likely to be work for a coder. But it’s a global industry, and there are thousands of people in India with great degrees. Some used to work at Microsoft, Google, and IBM. The same things that made programming a massive world-spanning superstructure -- that you can ship nothing and charge for it -- make it the perfect globalized industry.

There’s simply no reason, aside from prejudice, to think that Mumbai or Seoul can’t make big, complex things as well as Palo Alto or Seattle.

Aside from the flu, trips to Las Vegas and the occasional trip out of town for a wedding, I’ve used a computer every day for 28 years. I learn about the world through software. I learned about computer-aided-design from CADKEY and AutoCad, and I learned about color and art by using a program called Paint Shop Pro. Software taught me math and basic statistics. It taught me how to calculate great circle distance, estimating the distance between two points on a globe. I learned about the Internet by creating Web pages, and I learned how to do a Find and Replace from many editors. And most of all, software taught me about software. So am I a coder or not? You decide.

You might learn to program because there’s a new economy as irrational, weird, and painful as the old one. Books and songs are now rows in databases, and whole films are made on CPUs, without a real ray of light penetrating a lens. Maybe learning to code will give you a decoder ring for the future.

The coder-turned-venture-capitalist-turned-Twitter-public-intellectual Marc Andreessen wrote that software is eating the world. If that’s true, you should at least know why it’s so hungry.

What code can I use? What software will teach me what I need to know? When I want to learn something and no software exists, the vacuum bugs me—why isn’t someone on this?

This is what Silicon Valley must be thinking, too, as it optimizes the hell out of every industry it can, making software (and the keepers of that software) the middlemen. The Valley has the world in its sights. Government, industry, social services, human sexuality, agriculture: They want to get in there and influence the whole shebang.

Skilled practitioners have transformed this industry, to their near-total benefit. The aforementioned Mark Andreessen says that “Bookstores exist now in opposition to Amazon, and Amazon’s interpretation of an electronic book is the reference point for the world. For its part, Amazon is not really a bookseller as much as a set of optimization problems around digital and physical distribution.”

So are you going to learn to code regardless of your age? You decide.