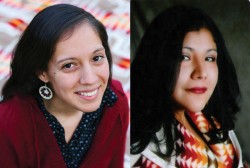 For Native women Hannabah Blue, Tanaya Winder and Patty Stonefish, it’s about giving a voice to the voiceless. It’s about what Winder calls “heart work.”

Through music, poetry, speakers, visual art, community and more, these women are helping build awareness for murdered and missing indigenous women from throughout United States and Canada.

The weeklong event, Sing Our Rivers Red or SORR, will be the first of its kind in the nation – and it’s taking place right here in Fargo-Moorhead. It’s mirrored after Canada’s nationwide, 20-plus-year-long tradition of rallying every Feb. 14 for these missing, though not forgotten, women.

SORR is about supporting the efforts in Canada while gathering support and awareness here, as we are just on the other side of the border.

“When we decided to name the events Sing Our Rivers Red, it was to pay homage to the Red River that runs north to Canada,” Blue said. “… and singing is using our voices for healing.”

In the U.S., one in three Native women will be rapped or abused in her lifetime, and more than half of the assailants are non-Native. In Canada, 1,181 Native women have been reported missing or murdered since 1980.

“What that gets to is this broader idea that Native women are sexualized, we’re objectified and we’re thought of expendable,” Blue explained.

Blue is a native of New Mexico and her background is in HIV prevention, LGBT studies and Native American health disparities. She currently works as the services program manager for the American Indian Public Health Resource Center at North Dakota State University.

She noted that Native women subject to major health disparities and higher rates of poverty, among other issues prevalent especially in North Dakota, are much more vulnerable than the rest of the population.

To help with raising local awareness, SORR will really focus on community and asking the community what they’d like to see moving forward. All three major universities will be involved, Fargo’s Native American Commission is a sponsor, resident public figures like Winona LaDuke will be included, as well as local artists.

“It’s just little steps to see what people can do to get more widespread attention about it so we can start implementing and building programs that can help the situation,” said Winder, director of the University of Colorado’s Upward Bound Program, where she first met Blue while they were still in high school. 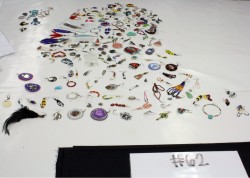 For the opening exhibition, Winder thought of collecting 1,181 single-sided earrings, representing the murdered and missing women in Canada, from supporters across the nation. Just this past week, Winder received earrings from Oklahoma, Hawaii, Alaska and Canada.

“(The earrings) give a visual representation to what’s happening and it allows people to participate in their own way,” Winder said.

Though Winder is not from the area, her connection with Blue and Stonefish really encouraged her co-leadership in organizing SORR.

“I’m glad I am able to be far away and help organize because then it encourages other people to be able to do the same,” Winder said. “I know here in Denver they are going to be doing a march on the 16th Street Mall on Feb. 14 to help support. Albuquerque is doing something as well.”

Here is a rundown of the week’s local events:

This SORR opening event will include the earring exhibit along with messages or stories from the women who sent them. Blue and Winder will recite poetry, Navajo artist Nani Chacon will display her work, and Lissa Yellowbird-Chase will speak about human trafficking, violence and searching for missing women. 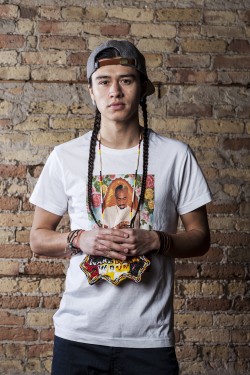 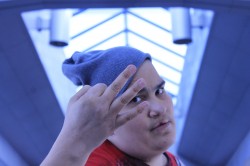 “It’s raw in that it’s just interviews with people who have lost family members. It’s people who’ve been in the movement, people who have held events and it’s heartbreaking, but it’s really cool to get those perspectives,” Blue said.

Following the screening will be a panel discussion with Young Jibwe, a law enforcement official and others, including Chalsey Snyder.

Blue said Snyder is the women who “promoted and rallied for the only anti-human trafficking law passed on a reservation” in North Dakota. 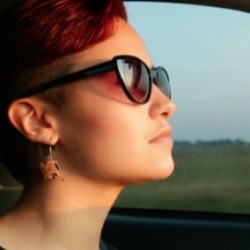 Led by SORR organizer Patty Stonefish, Arming Sisters helps teach women self defense as a way to self empower and take “ownership of the body.” Stonefish has more than a decade of experience with learning or teaching martial arts and women’s self defense. The course will also include dinner.

Celebrated activist/environmentalist Winona LaDuke will present “The Intersection of Violence Against Women and Oil Extraction.”

“Combined with that event is an honoring of the women who’ve been lost, honoring their family members, honoring the people who are working in the fields and honoring mother earth as well with the Winona LaDuke event,” Blue noted.

The ceremony will also include a Native drum group, community feed, presentation of gifts and recognition of SORR speakers and sponsors.

Join hands and hearts with organizers, activists, supporters and community members to bring awareness of violence against indigenous women to the streets of Fargo and Moorhead. Bring signs, your voice and your hearts. The rally will continue till 2 p.m. with free hot chocolate and coffee at the Moorhead Public Library.

“I think everybody has that power to make our world better, given the passion and the gifts that we’ve been given and the drives that have been placed in our hearts,” Winder said. “I think that’s the main impact for it – women are life givers, that’s where life comes from and it should be treasured and valued.”