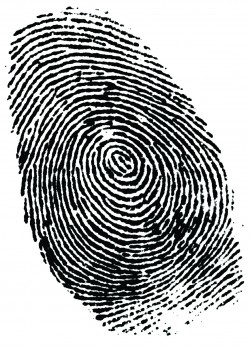 Is crime getting worse in our community?

A week hasn’t seemed to go by without a robbery of a convenience store, grocery store or even a pizza parlor in the Fargo-Moorhead as of late. Many wonder if this is part of the pains of getting bigger; as population increases, will we continue to see more and more of these types of crimes?

We sought out the Fargo Police Department for some answers to explain what has been happening in recent months.

Lt. Joel Vettel said Fargo sees an average of eight to 14 of these types of robberies annually. From March to September of 2014 there was a dry spell of higher profile crimes, so part of what happened was a cluster of them in a row to get the numbers to where they normally land. A cause for that can be an individual or group does a number of robberies in a row; additionally, when one group or individual doesn’t get caught right away, copycat criminals can sometimes appear.

“The positive that we can walk away with is that we solve a great deal of these -- maybe not within 24 hours or 48 hours, but they do get solved,” Lt. Vettel said.

Vettel said, while 2013 saw an increase in overall crime in Fargo, the police department believes when final numbers come in for 2014, overall crime will be down in the city due to measures done after the 2013 increases. However, there may be increases in certain types of crimes from 2013 to 2014. Vettel said a lot of that is due to an increase in drug activity as well as prostitution.

“Probably the only thing we can point to is we did see at least one group, and I believe multiple groups, that had a nexus to drugs and addiction to drugs,” Vettel said. “Oftentimes that addiction kind of fueled their need for money, so they could take and continue to feed their habit. And so we had the one group, the girlfriend and boyfriend, that committed three of the events in a very short period of time, that had direct ties to drugs and their addictions to drugs.”

“And we’d be remiss to say there wasn’t others that had similar connections to that, but that isn’t completely unusual -- we’ve seen that before in years past. Certainly that’s something that we’ve stated before and will continue to state: that one of the reasons we try to deal with the drug issue in a very proactive manner is that the usage of drugs is not a victimless crime.”

While overall crime may be down, Vettel is cognizant of the fact the community is a bit alarmed by the recent high profile crimes and robberies.

“We want to make sure we are looking at it from the total impact of crime on the community and the totality of the circumstances that we exist in. And if the perception of crime is that it is up, we want to make sure that we are trying to do everything we can to not only lower crime and reduce crime but also have the education piece where we say here’s the crimes that are being committed in our community, here’s how we can impact them so people have the information,” Vettel replied.

As far as the continued impacts of growth in population and economy to not only Fargo but also the western part of North Dakota due to the oil boom, Vettel said it is impossible not see some effects on crime from that.

“I think everyone recognizes the growth out west, and those impacts certainly can be felt in a variety of ways here in our community and crime is no different. We certainly recognize that there’s people that are just like there is out west. They come to these areas to take advantage of different opportunities, and some of those opportunities are beneficial to the community and some of them aren’t,” Vettel said.

“We’re also very conscious and certainly have worked very proactively with partners, both locally and also federally and statewide, to try to do our part to help affect that and influence it,” Vettel said. “Probably the most prevalent one is dealing with human trafficking, and we’ve been part of those conversations at the state level. And I think that will continue to be proactive in that manner.”

It’s probably about time for Fargo to hit another dry spell in the number of these crimes if we are to remain at normal numbers annually. We’ll have to watch over the next few weeks and months to see if that actually happens and a sense of normalcy returns to the city of Fargo.