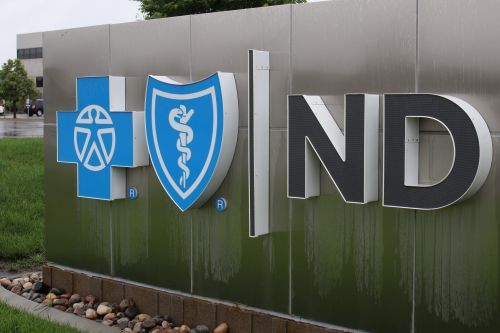 FARGO – A yearlong conduct investigation by the North Dakota Insurance Department into Blue Cross Blue Shield of North Dakota resulted with a fine of $125,000 for the insurance company.

“The results of the market conduct examination report of Blue Cross Blue Shield of North Dakota made it clear that some important changes need to be made to the way they do business,” Godfread said. “Blue Cross Blue Shield of North Dakota has committed to me that they will immediately begin working to fix the issues found during the examination. I have already seen positive actions taken by the company since the Department identified these issues.”

Godfread’s examination found deficiencies in how Blue Cross Blue Shield of North Dakota processes mental health and substance abuse claims, and that the company’s preauthorization process was not in compliance with the law.

“As our largest health insurance carrier, many North Dakotans rely on Blue Cross Blue Shield of North Dakota to obtain access to mental health and substance abuse treatment,” Godfread said. “The issues we have identified in this examination are being immediately addressed and corrective action is being taken to make sure addiction and behavioral health services are being covered appropriately.”

The examination – which pooled information from June 1, 2013 to February 28, 2018 – also found that the company was not allowing for independent external reviews for grandfathered plans, failed to provide telehealth services in accordance with the law, violated policy form filing laws, failed to process coordination of benefits claims correctly, and failed to report acts of suspected insurance fraud to the Department as required by law.

In addition to the fine Blue Cross Blue Shield of North Dakota, which is the state’s largest health insurance carrier, the company also agreed to invest more than $300,000 internally to address issues the investigation uncovered.

Blue Cross Blue Shield of North Dakota was founded in 1998 after converting into a nonprofit mutual insurance company. The organization originally began in 1940 as the North Dakota Hospital Services Association, then merged in 1986 with the North Dakota Physicians Service.

During the course of the North Dakota Insurance Department’s investigation they discovered that out of 1,266 cases of insurance fraud Blue Cross Blue Shield of North Dakota reported, only 518 cases were actually suspected cases, according to the report. An additional 13 insurance fraud cases the company failed to report were also uncovered.

During the investigation’s course the company attributed many of its internal management problems to high turnover rates, fading memories, and sometimes allowed claims to be paid, which were later denied.

In response to the investigation’s results, Blue Cross Blue Shield of North Dakota has begun drafting Corrective Action Plans, or CAPs, to address the problems, according to the report.

Consumers with questions about the claims process or how they are being covered are encouraged to contact the Department at (701) 328-2440 or send emails to insurance@nd.gov.