“While it is too early to know how events surrounding the Kirkbride in Fergus Falls will ultimately unfold, properties in the National Register occasionally do get demolished. In such instances, our office has a regulatory responsibility to review any documentation that is required for the project to proceed and offer comment. We are strong advocates for preserving our built history, and we always wish to find alternatives to demolition,” Denis Gardner, National Register Historian at the Minnesota State Historic Preservation Office, said.

The city of Fergus Falls is seeking $8.9 million in state bonds for demolition of the historic Fergus Falls Regional Treatment facility. It is often referred to as the Kirkbride which is in reference to the overall design of the building, developed by Philadelphia psychiatrist Thomas Story Kirkbride in the mid 1800s.

But this isn’t the first time the sprawling 520,000 square foot campus has faced the threat of the wrecking ball since it closed its doors in 2005. However, if the demolition happens the city plans to keep the iconic administrative towers intact.

Phase one of the demolition will mobilize this weekend. This includes the demolition of three gazebos, three outbuildings (2, 11, and 30 according to the diagram), as well as underground tunnels connecting the campus.

The city has worked closely with the State Historic Preservation Office so as not to compromise its status on the Historic Register. Lynne Olson, Assistant to the City Administrator in Fergus Falls, added, “The contractor will be mobilizing this week and they will start to do their work here shortly. They said everything should be wrapped up by June 29.”

According to a press release from the City of Fergus Falls dated February 6, 2018, “The total project cost for Phase I is $1,381,640 and the funding will come from the remaining $1.99 million allocated from the Minnesota State Legislature for the RTC campus.” 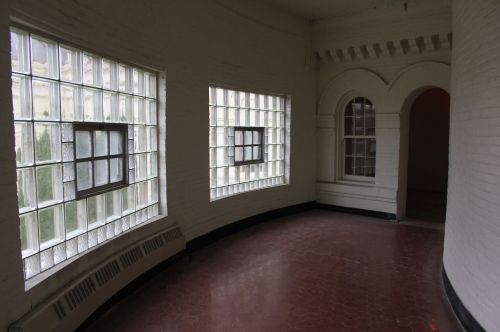 On March 1, the Friends are organizing a rally to save the Kirkbride, from 7 to 9pm in the Commissioner's Room at the Otter Tail County Government Services Building. The aim is to inform the public of the state of demolition and what they can do to save the historic building. Preservation task forces will be formed.

A common misconception is that once a building is on the National Historic Register, it is guaranteed to be preserved. Unfortunately, that’s not the case. When a historic property is lost, there is a formal process that officially de-lists the property from the National Register via removal documentation, which basically explains why it was on the register and why it was to be taken off.

The documentation is then presented to the Minnesota State Review Board which is composed of 14 people with historic preservation backgrounds. “The board's vote (its recommendation) is forwarded to the Keeper of the National Register in Washington, D.C. Although the Keeper has the final word, he or she only rarely disagrees with the recommendation of the State Review Board,” Gardner said. Demolition, alterations, and moving initial structures are all factors that can lead to the removal from the register. 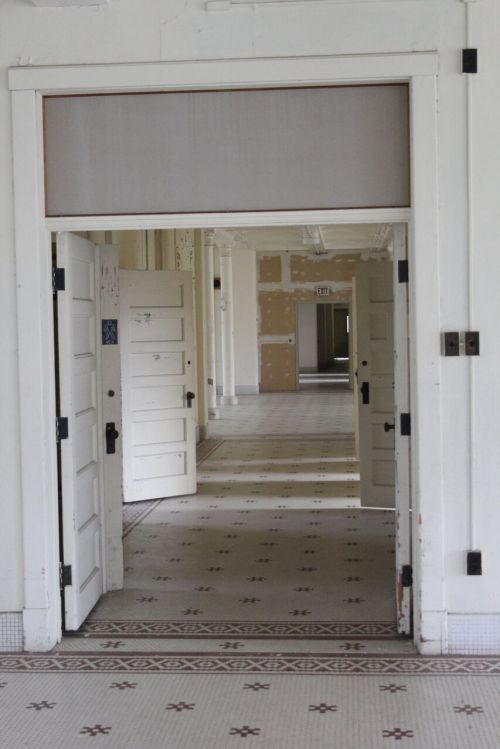 “The fate of this building is ultimately up to the state legislators now and obviously we’re going to do everything we can do to convince them that our city has made a disappointing decision,” said Michele Anderson, Fergus Falls resident and Rural Program Director of Springboard for the Arts, an arts organization based in both St. Paul and Fergus Falls. “One of the things we’re wondering and that the city has not answered is what is going to happen with that space if it becomes just a big empty lot. As someone who lives here and pays taxes here, it’s concerning that they’re willing to spend state money to tear this down without an actual plan of what happens afterward. It doesn’t make sense.”

Anderson raised another question with regard to the $8.9 million bond even being enough to demolish the majority of the facility. During the summer of 2014, a New York company was awarded a $34.475 million contract for demolition of a similar Kirkbride building, the former Greystone Park Psychiatric Hospital in Parsippany New Jersey.

Chris Schuelke, Executive Director of the Otter Tail County Historical Society, expressed concern as to whether they underbid in consideration of the environmental implications of demolition. “You know there’s going to be a lot of issues with that -- environmental issues, especially with the powerhouse, which was a coal-fired power plant that fueled the hospital for decades. By God, how many tons of coal did they burn there?” He went on to say, “This was a fully functioning hospital for so many years. 24 hours a day seven days a week, so there’s all sorts of waste. I don’t know how they disposed of it.”

The former State Hospital was once the largest employer in Fergus Falls, Minnesota. 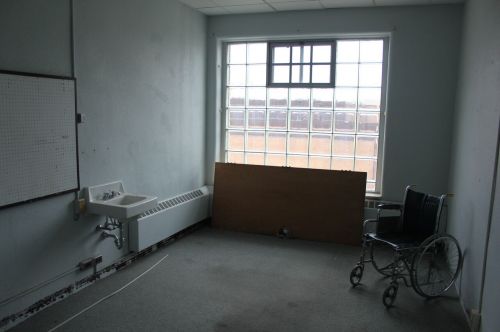 “You can’t talk to anyone in Fergus Falls that doesn’t have some kind of a connection to the Kirkbride,” Anderson said. “There’s a lot of passion for the beauty of the building and the history, but there’s also straight-up economic implications that a lot of us are concerned about, that goes beyond a passion for the building. It’s the future of Fergus Falls -- what sets us apart from other mid-sized rural communities.”

The city has spent years hoping someone would invest in the redevelopment of the Kirkbride and even caught the eye of the late great wrestler “Rowdy” Roddy Piper. Unfortunately, the deals never came through.

According to a press release released by the City of Fergus Falls: “Since 2007, the city has pursued multiple re-development proposals through three requests for proposals, three international marketing campaigns and three state grant agreement amendments. At least 17 development proposals have been vetted, but unfortunately, none of the proposals had the financial resources to take on a project of this magnitude.“

According to nps.org, The Federal Historic Preservation Tax Incentives Program started in 1976. A 40% tax credit is a preservation incentive and serves businesses working for profit. This includes industrial, agricultural, commercial and residential rental use. Fargo-based commercial real estate company Goldmark Schlossman invested in the former male nurses’ dormitories and a few other buildings on the campus. They’ve been slowly repurposing the dorms into apartments. If the main complex is demolished, their tax credits will be cancelled out.

Springboard for the Arts partners with Campus Development Group, the development project of Goldmark Schlossman for their Hinge Arts Residency Program. In three years they’ve hosted close to 70 artists from 17 different states.

During their residencies, artists live on the grounds of the Kirkbride, doing projects both about the campus itself and throughout the larger community. The program was featured in the October 28, 2017 edition of the “Wall Street Journal.” 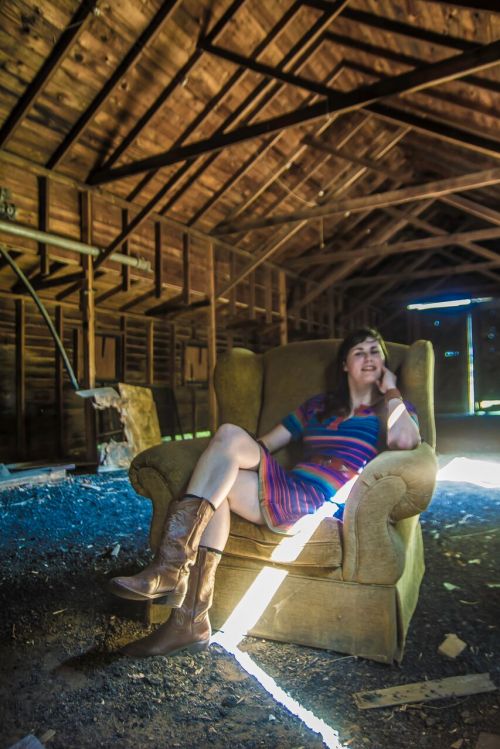 “They’re drawn to the program because they see the campus,” Michele Anderson said. “That is the ideal place to be creative and even if they’re not doing projects about the Kirkbride, the setting is still a big draw for the program. Artists fall in love with Fergus Falls and the Kirkbride is more than just a building. It’s what gets them here. Many of them make that initial connection and continue to visit Fergus Falls year after year.”

Springboard's Artist Development Director Naomi Schliesman added, “We’re actually getting international interest. People want to come here from other countries and we’re working on making that possible -- which is fantastic because it means that the word is getting out there. They want to do their art here.”

Not only are artists drawn to the facility. Chris Schuelke has been leading tours of the Kirkbride for the past eight years. The tours averaged from 90 to 100 people. “Last year we couldn’t get in the building itself, and I still had 175-plus people on the tour. A lot of these people are coming in from outside of the area and they want more.”

Friends of the Kirkbride has been active in the Fergus Falls community since the first conversation suggesting demolition, nearly 13 years ago. Their mission is to educate the public regarding the significance of the building historically and architecturally. Between 2005-2016, they too led a weekly Friday tour and according to Laurie Mullen, chair and founder of Friends of the Kirkbride, they had close to 14,000 people come through from 43 states and from all over the world. They also led mini tours during Summerfest, a communitywide celebration, and have collaborated with Springboard for the Arts on the Kirkbride Arts and History Weekend in the fall.

Chris Schuelke went on to say, “We’re turning down lots of photographers, filmmakers, travel shows, tours. We have to refer them to the city and they’re not allowing them any access.”

Why? The city cries mold. Mullen said, “I read through the entire mold report, and when you look at the numbers you found out that the mold count outside the building was actually higher than inside the building.”

“If you want to talk about what’s unique, in this town there is no more unique facility than this state hospital,” Schuelke said. “Historic preservation is about preserving our past and our legacy and our future, because we use historic preservation for the future.”

Rally for the Kirkbride