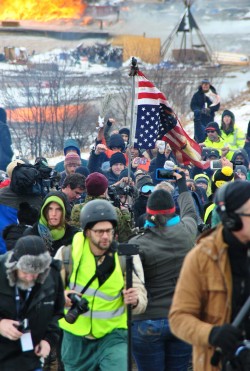 MANDAN – After being handcuffed, forced to strip, locked in dog cages, and hauled to jails across the state, hundreds charged with crimes during the Dakota Access Pipeline controversy are finding vindication through North Dakota’s court system.

Officially, 761 people were arrested during the months-long opposition to the 1,172-mile Dakota Access Pipeline, and already 114 cases have been dismissed by the state. Eleven people received guilty verdicts; 50 pled guilty – primarily on lesser charges, and three have been acquitted.

The state cannot meet the elements of offenses as charged, defense lawyers say.

“In an attempt to extract guilty pleas, the state is waiting to dismiss each case until the last minute before trial, which has created great hardship and uncertainty for many water protectors,” Water Protector Legal Collective attorney Jacob Reisberg said in a press release. “The No-DAPL water protectors withstood extreme violence from militarized police at Standing Rock and now the state admits that it cannot substantiate the alleged justification for that violence.”

A total of 552 cases remain open, Water Protectors Legal Collective staff attorney Andrea Carter said. Last weekend, one of activists involved in arguably one of the most controversial cases also had charges against him dropped.

Nastacio, 36, a Pueblo Native American nicknamed “Bravo One,” was charged for his participation in stopping Thompson, who wielded a semi-automatic AR-15, on October 27, 2016.

On June 14, Assistant State’s Attorney Gabrielle Goter of Morton County filed a motion to dismiss the charge, which came days before the scheduled deposition of North Dakota Bureau of Criminal Investigation Special Agent Scott Betz, who was instrumental in Nastacio’s prosecution. Depositions were also scheduled for two FBI agents involved in the transfer of Thompson for BIA custody to the Morton County Jail, and for Thompson, according to Nastacio’s lawyers Bruce Nestor and Jeffrey Haas.

“This was a case where Mr. Nastacio acted to protect himself and others,” Nestor and Haas said. “He should have been thanked and not prosecuted for his bravery.”

“The feeling is good,” Nastacio said. “Now I just need to concentrate on my other case.”

Nastacio was indicted on February 8 on federal charges of civil disorder and use of fire to commit a federal crime, according to the U.S. Attorney’s Office District of North Dakota.

U.S. District Judge Daniel Hovland recently agreed to the conditional release of Redfawn Fallis to a halfway house from where she’s being held in Rugby. Fallis’s arrest, 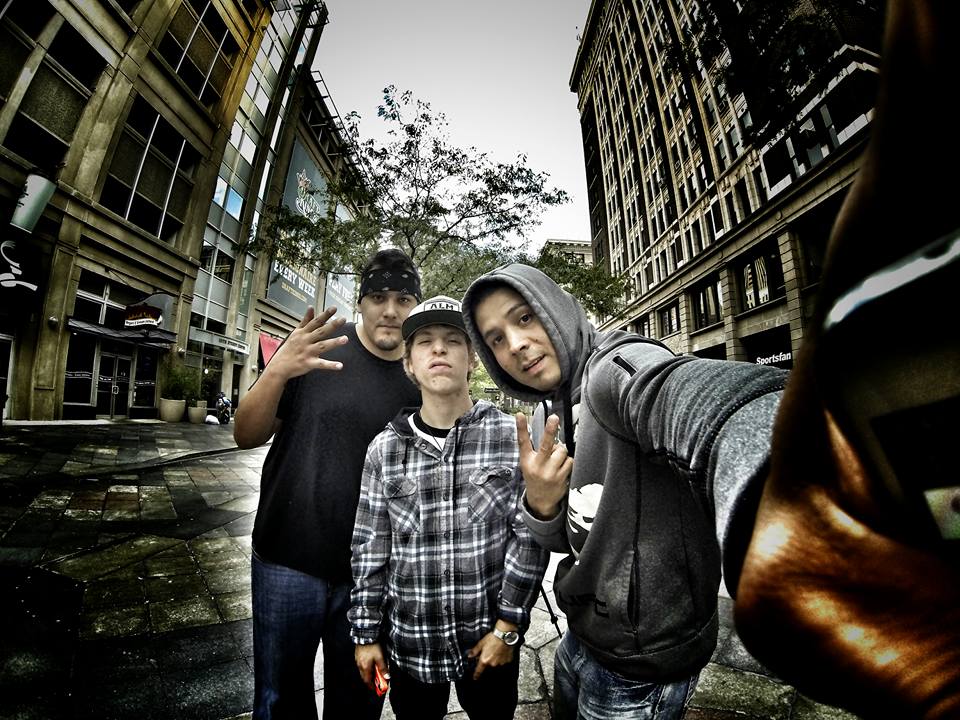 which was filmed live, has become one of the movement’s most viewed recordings. Police say she discharged a handgun while being tackled by law enforcement. Officially, Fallis was charged with criminal possession of a firearm or ammunition by a previously convicted felon, according to the United States Attorney’s Office District of North Dakota.

Another reason the state is dropping cases en masse is because of evidence the camps were infiltrated by TigerSwan operatives, who were on a mission to “find, fix, and eliminate” pipeline opposition, according to Nastacio’s lawyers.

“As we’re learning that there was some kind of infiltration by either the FBI or TigerSwan, or both, we think it should become an issue in the cases that the state should have to prove that some of those people who were engaging in that kind of activity were law enforcement or infiltrators,” Carter said.

“That’s what is getting debated in a lot of these cases, is presence,” Carter said. “There are entrapment issues. Five or more people must be engaged in a riot. If you h 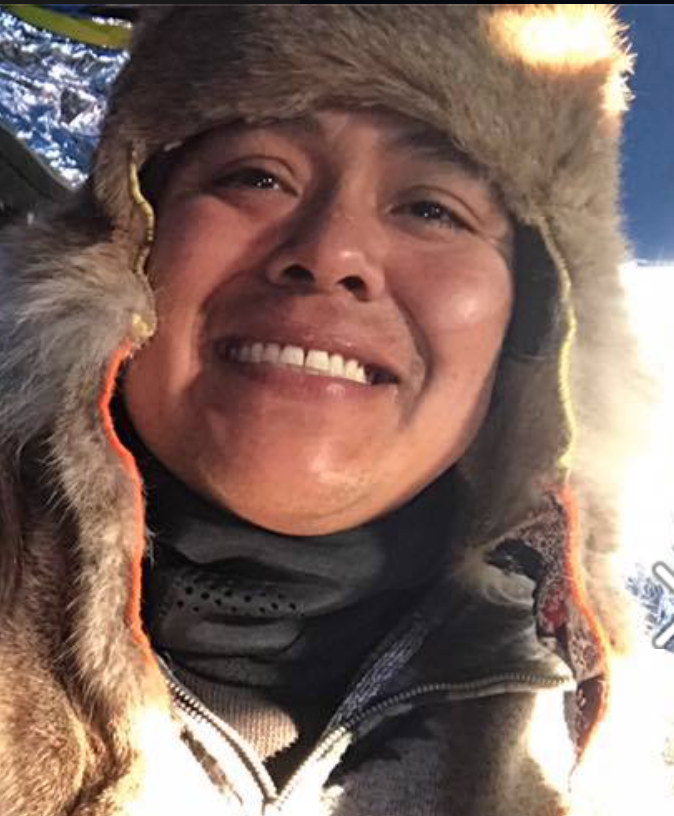 ave one of those five as law enforcement or as an infiltrator, and the state is alleging that someone is setting fires or throwing stuff, what if one of the people present was an infiltrator, and everyone else at the demonstration was peaceful or sitting in prayer, and you have one person instigating who wasn’t even part of that group?”

During standoffs along the frontlines, police also gave contradictory warnings. Activists were told to leave an area immediately, and then given a different order to pick up items or clean up an area before leaving, which resulted in many people becoming trapped, Carter said.

“They would say ‘go,’ and as people were running to their cars, police were tearing them out of their vehicles. It’s incredible the amount of force they were met with.”

Former City Attorney for Valley City, Russell Myhre, who is now practicing law privately at his office in Valley City, is defending four people against the Dakota Access Pipeline.

“I have never seen delays like this,” Myhre, who has been practicing law for nearly half a century said. “Even in high profile cases, there was always this contact with prosecution and the court. Here, there appears to be no reason whatsoever, and I don’t know why they’re not dealing with speedy trials.”

The Dakota Access Pipeline controversy reminds Myhre of the Vietnam War era, he said, which polarized the nation instantly until the mid-1970s when the contention 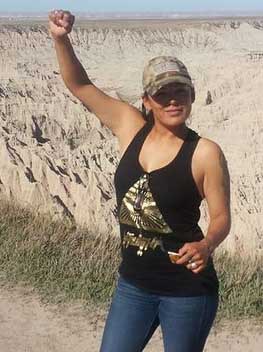 simmered and people began to realize that perhaps, the Vietnam War was not one of the nation’s brightest moments.

“I think this Dakota Access Pipeline is tearing North Dakotans apart,” Myhre said. “North Dakota was a god-forgotten outpost in the United States for many years, but they have found out that maybe they have sold their soul to big oil, and maybe, there is a dark side to this, and they’re just now starting to realize this.”

The lack of speedy trials is a legal tactic defendants can consider, he said. “A trial is scheduled within 90 days after demand for a speedy trial. It could be thrown out by the trial court or appealed to the North Dakota Supreme Court, or it could be brought to federal court for denial of due process and the denial of a right for a speedy trial.”

There is potential that cases could be reopened and appealed, even if found guilty under North Dakota Century Code post-conviction relief laws, Myhre said. The law is a substitute for habeas corpus – after being convicted a defendant can come back in and allege their rights have been violated.

“I think the system is overwhelmed,” Myhre said. “One of the other things is that prosecutors and law enforcement are realizing this is not going the way they wanted it to. Not many are coming forward pleading guilty.”

Money is another contributing aspect as to why cases are being dropped faster than hot potatoes. The state was denied reimbursement for the $38 million spent during the controversy by the federal government last week. Days later, Energy Transfer Partners, the parent company of Dakota Access LLC, offered, once again, to pay the bill.

To compound the issues a federal judge ruled on July 16 that permits authorizing the pipeline to cross the Missouri River less than one mile from the Standing Rock Sioux Reservation violated the tribe’s fishing rights, hunting rights, and environmental rights.

“There’s something funky going on in the background,” Myhre said. “And I just don’t know what it is. A lot of it may have to do with TigerSwan and the manipulation of the media. In North Dakota, unless you were a Native American or an extreme liberal, many people were anti protest.

In November 2016, TigerSwan LLC obtained business licenses for the three states, according to state registration records, but its private security license is under review in Louisiana by the Louisiana State Board of Private Investigator Examiners. The Louisiana Secretary of State reports TigerSwan, LLC was established in Lafayette on June 1, 2017.

“It is worth exposing in a court of public opinion, this is who law enforcement is working with, and this is exactly who TigerSwan is, and do you want these cultural things perpetuated domestically?” Carter said. “They [TigerSwan] manufactured some of these instances, they didn’t like the surveillance. They just didn’t want to be under surveillance.”