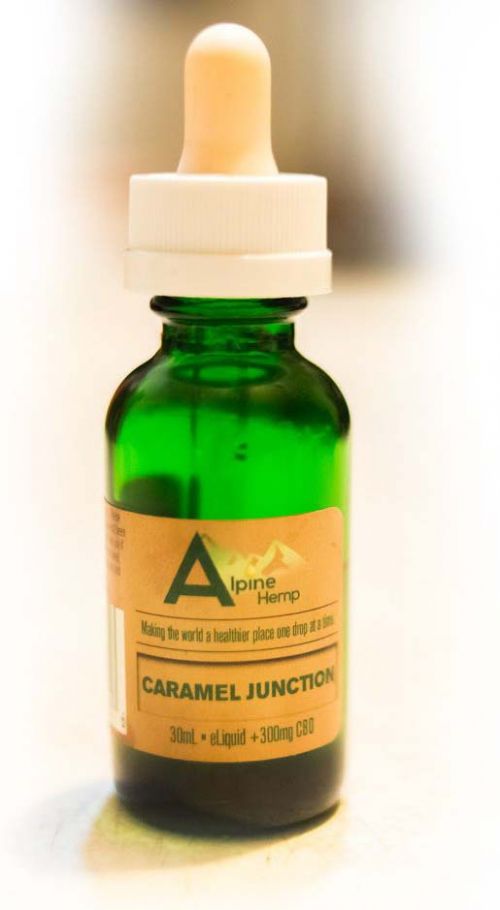 Why was Lonna Brooks’ store targeted?

And then, although police reject the term, Brooks’ store was “raided.” Her CBD oil was confiscated in May from her shelves at Terry’s Health Products. Under orders from the State’s Attorney General’s office, Bismarck Police also hit the BisMan Community Food Co-op on the same day.

Brooks never saw her products again and was threatened with interstate trafficking charges when she made it known that she wanted to send the products back.

Six months later, it’s business as usual across the state for many others selling products containing CBD, considered by the federal Drug Enforcement Agency as a Schedule 1 drug, and it has been illegal in North Dakota since 1903, but few if any other stores have experienced similar raids, Brooks said.

“I was raided, and I use that term loosely, for CBD oil,” Brooks said. “They came in and bought the product, sent it in for testing, and it came back negative for THC.”

The North Dakota Office of Attorney General, Crime Laboratory Division confirmed Brooks’ products came back negative for tetrahydrocannabinol (THC), which leaves questions she wants answered: “Why raid one store rather than others throughout the state carrying the same product? Who orders the raids and by what authority?”

These are legitimate questions, best left to the North Dakota Attorney General, but the office came up blank when asked, and directed questions to the DEA.

“There is a lot of confusion about this issue,” Wade Sparks, spokesman for the Drug Enforcement Agency, said. “We’ve spent a lot of time researching it ourselves, because there are so many facets.”

THC, or tetrahydrocannabinol, is the chemical compound in cannabis responsible for a euphoric high. Many, excluding the Federal Drug Administration, consider CBD oil a panacea, not a Schedule 1 drug. Designation as a Schedule 1 drug does not denote the potency, but rather that the substance has no medical value, according to the FDA.

Confusion creeps in with the Agricultural Act of 2014, which lists hemp products with a THC level of less than 0.3 as technically legal. The trick, however, is that most people assumed the act, also known as the Farm Bill, authorized distributing hemp or cannabis products with low levels of THC, but that assumption is wrong, Sparks said. Hemp, in certain circles, primarily higher education, is allowed to be grown for hemp product studies, but not for human consumption, Sparks said.

“To just grow and manufacture CBD and sell it at your shop, that’s not what the Farm Bill is talking about,” Sparks said.

Selling CBD oil is strictly illegal, and has been in North Dakota for 114 years.

“The whole point of the farm bill is industrial hemp, it’s ropes and clothing, it’s not a product for human consumption,” Sparks said.

CBD oil is known by users for its efficacy as an anti-inflammatory, antidepressant, and antioxidant, among other uses, with which the FDA takes issue.

Sparks was a field agent for the better part of 13 years before he even heard of CBD oil, he said. “It does not matter how we feel, or the great stories we hear about it. We’re the drug enforcement, the FDA are the scientists. I’m not trying to convince anyone that it’s bad, but it is my job is to enforce the law, and we’re staying in our lane for that.”

Despite the fact that Brooks’ products tested negative for THC, she said her business has been hurting ever since.

“That is the assumption, that we had something with THC in it,” Brooks said. “But we didn’t. I’m losing almost $100,000 a year in business, and it’s still being sold all across the state.”

She can’t help but wonder if the operation wasn’t orchestrated against her business by someone planning to open a dispensary or by local competition. When she calls the Attorney General’s office, she gets a run-around, she said. Police told her that the Attorney General must have received a complaint, and that’s when orders came down to pursue her, she said.

Ten days before the raid, she was quoted in local news reports pertaining to CBD oil, which may be another reason why her business was targeted, she said.

Brooks recently joined the Hemp Industry Association in a federal lawsuit against the Drug Enforcement Agency. The initial hearing is set tentatively for spring of 2018, she said.

“Why hurt other businesses when they can get away with it right now?” Zacher said. “But this was such a concern for the Bismarck Police Department and the State of North Dakota to do this to two local businesses, and I don’t think it’s fair. It’s not being done statewide.”

Other sellers of CBD oil aren’t being “raided” because the product is not on police and DEA’s most wanted lists. With the opiate crisis declared a “health emergency” by President Donald Trump in October, and cocaine-dealing cartels and meth labs, no agents are conducting stakeouts for CBD oil distributors.

“When it’s being advertised as something you should put in your body,” Sparks said, that’s when CBD oil attracts the DEA’s attention.

“It’s an issue that causes a lot of concern, and it’s confusing, but this idea that the big bad DEA is going out there to crack down on CBD oil or medical marijuana is just not true,” Sparks said. “There’s belief out there that this stuff is helping people with certain issues, and it’s not something that DEA agents in the field are concerned about.”

Although the DEA’s anti-marijuana zealot administrator, Chuck Rosenberg, resigned in September, the federal government’s position on all forms of hemp and marijuana products is still crystal clear.

Petitions have been presented to the DEA to reschedule products such as CBD oil as a Schedule two drug, which would force the government to admit the products have medical value. So far, according to the DEA, based on investigations by the FDA and the Department of Health and Human Services, all petitions have been denied.

Researchers within the DEA have doubled since 2014 to 354, who are conducting research into the effects of marijuana on humans.

“If, for instance, CBD proves to be safe and effective for the treatment of a specific medical condition, such as childhood epilepsy (some trials have shown promise), that would be a wonderful and welcome development,” Rosenberg wrote in a 2016 letter to the U.S. Department of Justice. “But we insist that CBD research – or any research – be sound, scientific, and rigorous before a product can be authorized for medical use. That is specifically – and properly – the province of the FDA.”