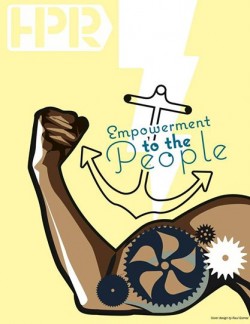 In the midst of North Dakota’s economic boom, the state is experiencing a rise in homelessness.

Thousands of individuals are being drawn to the oil-fields in the western part of the state in search of work, but not everyone can find a job. Even some of the individuals who do find jobs cannot afford the cost of housing. These individuals are faced with a choice: stay and gamble one’s chance at finding work and/or shelter, or seek these basic necessities elsewhere. Many western-North Dakota cities and towns offer limited to no support in providing temporary shelter, which means many are choosing to move east.

Michael Carbone, North Dakota Coalition for the Homeless People executive director, told NPR in January that “what we're seeing in Fargo-Moorhead now is shelters are pretty much always above 100 percent capacity.”

It is clear that despite its economic growth, the state is facing a huge dilemma. But the problem doesn’t lie solely in the hands of a certain city or even the state government. Local individuals and organizations are recognizing the importance of their contribution and are teaming up to do something about the state’s problem of homelessness.

The Empowerment Project is a nonprofit private operating foundation founded by Mike Marcil in 2013. The foundation seeks to “build stronger communities by improving the lives of those in need.” Support is geared towards people facing a transitory crisis.

Marcil explains the support is not focused on systemic problems such as serious physical or mental health issues or chemical dependency, because individuals facing these issues often have a place to turn for support in the F-M area. However, many other individuals who are facing an immediate but transient crisis do not.

“They’re good people that are in a tough circumstance,” Marcil says. “But it’s a circumstance that they can overcome.”

Empowerment Project executive director Ken Storyexplains the support the foundation provides is meant to be temporary, not permanent. This strategy stems from the concept of a “hand-up,” which some, like The Empowerment Project, believe is not quite the same thing as a “hand-out.”

People receiving support are expected to actively work to overcome their challenges and better their circumstances. The Empowerment Project is dedicated to helping those in need get off the ground, but staying off the ground is a responsibility expected to rest upon the empowered individual.

“That person (facing the crisis) should be empowering themselves to get back on their feet,” Story says.

The foundation’s investments are geared towards housing, youth development, mental health, education and transportation opportunities. These focus areas have been found to be leading barriers to income stability.

The foundation is committed to initiating and/or utilizing partnerships formed between nonprofits and for-profit businesses in the hopes that creative and effective solutions may be found to advance a nonprofit’s mission. They are utilizing a “proactive grant strategy”: networking, establishing relationships and then providing grants and gifts.

The Empowerment Project seeks to build a stronger community, and the foundation is hoping and expecting the individuals and families it supports to do their part to help strengthen community. This will most likely manifest as community service, which The Empowerment Project believes builds character and introduces “an added value of civic engagement to the foundation and its impact.”

“We want people to not get something for free,” Marcil says. He explains the foundation’s support is meant to be more of a scholarship or endowment, rather than charitable giving.

“Helping people help others” is the goal, Story says.

The Empowerment Project works to establish partnerships with other nonprofits, and they have found a strong relationship with the North Dakota Coalition for Homeless People. Marcil and Carbone met about seven years ago, and since then have formed a positive working and personal relationship. “I give credit to Michael for actually inspiring me to put (my) foundation up,” Marcil says.

The coalition was formed in 1989 to combat the problem of homelessness in North Dakota. Their work has included advocacy, education, data collection and fundraising.

Both The Empowerment Project and the North Dakota Coalition played a role in an event that is currently taking place across the state: Gears for Change.

The event is a “North Dakota-based project that challenges individuals to pedal for a greater purpose: North Dakota’s growing homeless population.” Participants are riding from Dickinson to Fargo, a 350-mile span, between May 26 and June 2.

The goals of the event, Carbone explains, are to raise awareness about homelessness across the state as well as raise funds for the coalition.

“We want to call attention to the problem (of homelessness),” Carbone says, “but we also want to sort of highlight the fact that there are solutions; there are known solutions.”

At the end of each riding day, the riders will stop in a local community and engage with the people to celebrate their progress and discuss their cause. The events are open to the public and will primarily take place at churches.

Discussion will be supplemented by the showing of documentaries, including a coalition video about the faces of homelessness in North Dakota, as well as a documentary by a Minnesota State University Moorhead film student.

“We’re really looking at it to be a celebration of the hard work (everyone) has done,” Carbone explains.

The bike tour was established by three North Dakota natives, Jess Roscoe, Amanda Allen and Lindsey Teigen, with the mission of raising awareness and funds to combat homelessness. They approached Carbone in January with the idea, asking for direction and guidance. Carbone and the coalition worked alongside the women during the following months to bring the event to life.

The funds raised during the bike tour – at the events or online – will go directly to the coalition. Carbone explains the funds will be distributed “across the board” for the coalition’s various projects.

Story has come up with an idea to increase community-building that he hopes The Empowerment Project will implement before the end of the year. It would be geared towards forming a relationship between a nonprofit and a young professional. It would be called Wunderkind, which is a German word that means: one who achieves success at a young age.

With a “Community Wunderkind Fund,” Story hopes his foundation will be able to provide young professionals with the means necessary to host an event for a nonprofit. The project would benefit not only the nonprofit, but the young professional as well – by allowing them to engage in the civic response for which they don’t always have the resources necessary. The partnership would ultimately work towards the continuous betterment of the community. The project is currently pending board approval.

Organizations like The Empowerment Project and the North Dakota Coalition are forming partnerships with other organizations and individuals to strengthen community and to find creative, effective solutions to the state’s increasing problem of homelessness.

Fargo mayor Dennis Walaker recognizes the importance of this collaboration, as he told NPR in January: “People have to understand there's a problem and unless we address it as a statewide community… this will continue to grow.”

WHAT: Gears for Change

Inside ballroom if raining