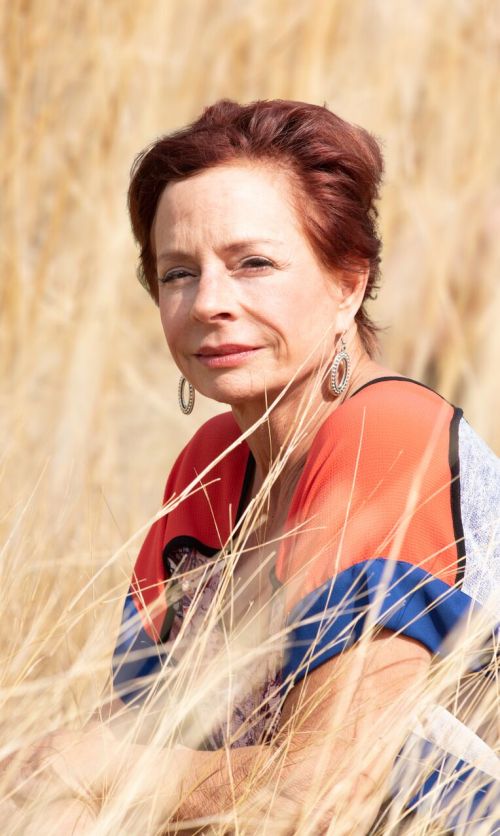 A former massage therapist and French teacher in Fargo, Millard, 60, now lives in Tucson, and is a volunteer with the Green Valley-Sahuarita Samaritans, a nonprofit group that provides water, food, and first aid to migrants trying to escape into America through the Sonoran Desert.

She’s not helping migrants cross the craggy border, she dares the elements and thorny creosote bushes to make water drops to help them live.

“Humanitarian aid is not an illegal thing,” Millard said. “We cannot load anyone up and take them away.”

Temperatures along the migrant trails are unpredictable, becoming hot enough to bake a cake in a car, Millard said. The 120,000-square-mile territory receives as little as three inches of rain a year. Many migrants come from South America, and are escaping cartels or gangs. What little they know of the harsh desert climate is exposed through the 3,086 deaths since 1999.

Hostile, is one way Millard described the Sonoran, for it crawls with rattlesnakes, tarantulas, scorpions, and more imminent threats like ICE agents, border patrols with surveillance techniques, drug cartels, and the Arizona Border Recon, a heavily-armed paramilitary militia group.

“Everything in the desert bites you,” Millard said. “It has its own beauty, but it is dangerous.”

From a plastic bag she pulled out “basura,” or discoveries from her routes, a handmade carpet slipper -- sand still clinging to sole -- used to cover tracks, a water bottle, a tube of ointment. Migrants once carried the items, she said, while hoping for a better life in America.

During her route, she’s come across areas lined with backpacks, “tortilla cloths,” or embroidered materials made by loved ones they’ve left behind. Sometimes she stumbles upon a cactus wrapped in Our Lady of Guadalupe. Trophy trees are prickly shrubs decorated with female undergarments who have “paid the price” and were raped by “coyotajes” or others.

Business has been good for coyotajes, or coyotes, those who are paid to smuggle people across the Rio Grande, so good, in fact, local cartels have become involved, providing expensive kits for border crossing.

In some places, President Trump’s wall is already up, Millard said, but the double barriers aren’t working. Migrants scale them easily.

“You can look through the wall and see tons of black bottles where people just dumped them to climb over,” Millard said.

Time is measured by walking distance. From the border, it’s a week’s walk to her house, she said.

Every time a body is found, it is catalogued, and the spot is later marked by a cross. Millard has come across more crosses than she can count while delivering water, sometimes in plastic gallon jugs, sometimes in 55-gallon barrels.

Millard’s decision to join the Samaritans came easily, as soon as she heard of the opportunity, she jumped.

“I knew there were people who did this,” Millard said. “One day I was outside a thrift shop, standing under a parasol, and a man asked me to take a picture. He had on a Samaritan T-shirt.

“We’re not there to encourage migration, we’re there to keep them from dying in the desert,” Millard said.

“Some people want us there to keep people from dying,” Millard said.

The United States has nearly 20,000 miles of vulnerable land and sea borders, according to Humane Borders, another organization that maintains water stations and tallies migrant deaths in the Sonoran Desert.

The costs to taxpayers to patrol the Sonoran Desert isn’t cheap, $186.8 billion since 1986 with the passage of the Immigration and Reform and Control Act, Humane Borders reported with information from the United States Chamber of Commerce.

The Humane Project works to debunk myths pertaining to migrants and illegal workers in America: undocumented immigrants do not take jobs that could be filled by an unemployed American.

“Typically, they have different education and skill levels that complement, but do not compete with one another,” the nonprofit organization reported.

For those that claim illegals should wait in line like everyone else, the lines do not exist, especially if the person is undereducated or poor. Current American policy allows for approximately 10,000 Mexicans to immigrate every year, but in 2012 the border had more than 360,000 illegal migrants attempting to cross.

“We don’t know how many got through without arrest, but just with what we know, how long would a person have had to ‘wait in line’ in order to get here legally?”

Current FBI statistics, reports from think tanks on both sides of the political aisle, show that migrants are less likely to commit crimes, even misdemeanors, than the native population, according to Humane Borders.

“In fact, study after study consistently shows that areas where there is the most influx of immigration there are, also, the highest decreases in rates of crime in general and violent crime in particular.”

Undocumented immigrants also pay taxes up to $13 billion a year in the forms of sales taxes, property taxes, and payroll taxes, the Humane Borders reported.

Before 2004, the vast majority of illegals crossing the border were returned or deported through civil immigration systems. Prosecutions began skyrocketing in 2004, due to the controversial Operation Streamline. Champions of Operation Streamline argue the system, set in place in 2005, is working. Opponents say not only is Operation Streamline’s advancement across the US-Mexico border costing taxpayers far too much, private prisons are becoming enriched from holding migrants.

Now, President Trump promises a 1,000-mile border wall, which would cost up $31.2 billion, or $31 million per mile, according to the National Immigration Forum. In addition to the wall, more detention facilities costing $2.5 billion annually have been proposed, and ICE, or Immigration and Customs Enforcement, has expanded family detention, separating mothers, fathers, and children into camps.

To man the walls and the extra detention facilities, at least 5,000 more employees would be needed, according to the National Immigration Forum.

The costs and subsequent criminalization of migrants are what led Millard to the Samaritans. Since Trump’s inauguration, a No More Death, or No Mas Muertes camp, she knows of has closed. Remnants of the temporary safe haven are all that remain.

Two or three times a month, Millard climbs aboard a scratched up four-wheel drive vehicle early in the morning to set off on a six or more hour drive. She’s not going to stop, she said.

“The U.S. is spending an incredible amount of money on this, on criminalizing refugees,” Millard said.

She’s been on a news fast for 20 years, but unlike many in the area, and in America, she refuses to turn a blind eye to the migrants’ plight.

“Only by becoming engaged do you get information,” Millard said. “I like the idea of sneaking around and finding out what you can without getting into too much trouble.