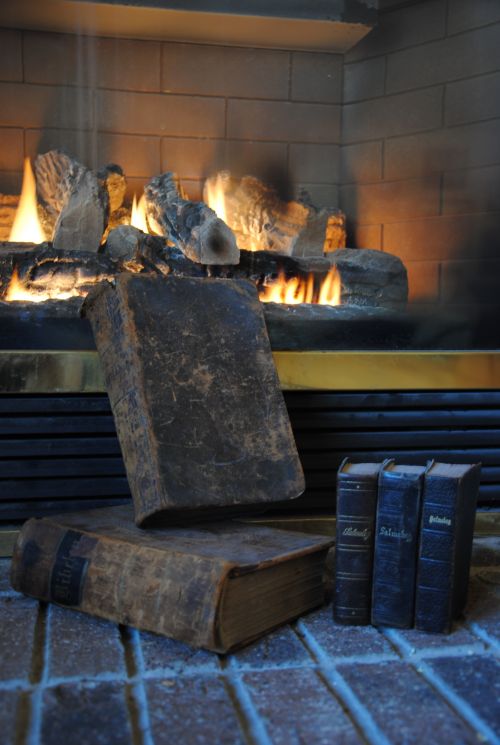 BISMARCK – Reflecting sentiments of the 1920s, state legislators are trying to push a bill that will authorize a Bible class as an “elective instruction” course in public and nonpublic schools.

“The bill calls it being an elective – not an essential studies course – which is two very different things,” Representative Aaron McWilliams, a co-signer from Hillsboro, said. “What the bill doesn’t do – some people look at it and immediately fear that what it does is say that you have to learn about the Bible in school – well, that’s not the case and that’s not what I support.

“What the bill does do is if a school wants to have a historical Bible class, not a religious-based class, but historical-based literature or text that has formed the society that we are in, or at least has had, we can argue a big impact on it, right? Well, then that’s what they can learn about. Just like they did a class on Shakespeare or anything else.”

No consideration was given for other religions or sacred books, according to Senate Bill 2136, but at least some of the co-signers would not be opposed if other religious classes were offered. The current bill did not make room for other religions because America was founded on the principles of Christianity, and historical Bible classes are not being taught inside public schools today.

“If somebody wants to put up a bill that offers a special studies class, an elective, on the history of the Koran, go for it, put up the bill. I might even vote for it,” McWilliams, a Republican, said. “We could have made a bill that offered an elective class on you know, an elective class on the… the Upanishads, or a number of things. You can always look at things and say why didn’t we do this, not any particular reason other than we are Christian and you know a lot of the founding principles of the country are based on Christian principles and philosophies. 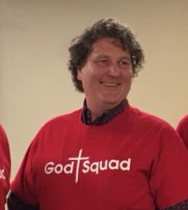 Senator Oley Larsen, of Minot, owner of Oley Larsen 4 Insurance Agency, LLC, is the prime sponsor of the bill. According to his Facebook Likes, he is religious, a fan of Americans for Prosperity, and supports President Donald Trump and the National Rifle Association.

On Larsen’s personal Facebook page he posted a meme attributed to www.firebreathingchristian.com of Karl Marx with the caption: “If government-run school for kids wasn’t important I wouldn’t have put it in the Communist Manifesto.”

Following the Fire Breathing Christian links through Facebook the meme author identifies himself with a family picture and by the name of “Scott,” and apparently has issues with the public school system. On the organization’s website “Scott” posted a World War II era picture of children giving the Nazi salute with the quote: “Government-run children’s education leads to government-run everything else.”

“This is an alternative to a history class elective if a student is interested in the history of the Bible,” Larsen responded in an email. “It is the one piece of information that founded our country. I believe that history has been lost.

“Our schools are lacking some aspects of history and also the interest in some history is boring to students,” Larsen, a Republican, said. “This is a class offering that is totally elective not required but can take the place of any other history class. It is up to the school board if they want to offer the history of the Bible.”

The North Dakota School Board Association said it is concerned about the proposal as it focuses on one religion over another and could lead to lawsuits.

"NDSBA has concerns about SB 2136, and it would certainly present problems for school districts," North Dakota School Board Association Executive Director Alexis Baxley said. "Public schools can legally offer religious education so long as it is from a historical perspective and not focused on an individual religion. Requiring districts to offer a class focused on one religion’s texts would likely be considered state sponsored religion and a violation of the establishment clause of the First Amendment.

"For districts to not be at risk of lawsuits, they would need to offer classes in a variety of religious faiths. As it is, many districts in North Dakota have a hard time recruiting and retaining teachers for required subjects like science and math. It would likely be very difficult for districts to find licensed teachers to teach religion. NDSBA will be opposing the bill based on the logistical and liability problems it would present for districts."

Senator Jordan Kannianen, of Stanley, is also a co-signer of the bill.

“I just chose to sign on with it because I like the idea of providing an elective, it’s good to provide some option in a public or a non-public setting for Biblical historical study,” Kannianen said.

Kannianen, a Republican, also didn’t take issue with other religious courses being offered in public schools.

“Biblical history, Christianity has played a role in the foundation of our country and our government, at the same time I wouldn’t be opposed if they wanted it to be more of a broader history, a religious history.”

Such a course may prove difficult to implement in rural areas across the state.

“It is one more thing for administration to put together in school, in the smaller districts it might be a challenge,” Kannianen said. “Overall I agree with the concept.”

Currently, the North Dakota Century Code lists reading of the Bible as optional and may be read in class for up to 10 minutes each day.

Beneath the law, there is a note that says: “This section was enacted in 1890 and has not been amended since 1913. It has the potential to raise some significant First Amendment issues.”

Similar attempts regarding public schools arose during the rise of the Ku Klux Klan in the 1920s in North Dakota, but never succeeded in reaching the legislative level. Forcing its organization into the rift between the Non-Partisan League and the Independent Voters Association, the Klan preyed on fears that America’s public schools were falling behind. In those days, the Klan actively sought positions within school districts, and being fundamentally Christian opposed the teachings of modernism and science in public schools, according to a graduate thesis paper by Trevor M. Magel entitled “The Political Effect of the Ku Klux Klan in North Dakota,” which was presented to the faculty of the Graduate College at the University of Nebraska in 2011.

“The Bible in the American public schools has been both historically and spiritually as much the symbol of self-government and of the national conscience as the American flag,” the Klan was quoted as saying in one article for the North Dakota American, the Klan’s official Fargo newspaper during the time. “Steadfast Americans want the Bible in the schools.”

Across the political aisle, Democrats are planning to wait and listen to the arguments when the bill is presented to North Dakota Sixty-sixth Legislative Assembly.

“The Bible is an important religious and historical work, and is sacred to Christians around the world,” Senator Joan Heckaman, a Democrat, said. “North Dakota’s Center for Distance Education already offers a class on world religions as part of its online high school program. Should a course specific to the Bible be offered in North Dakota’s schools, it should be voluntary on the part of the student.

“We should be mindful and respectful of the various religions practiced by citizens throughout the state that are not addressed in this bill, and we look forward to having that debate.”