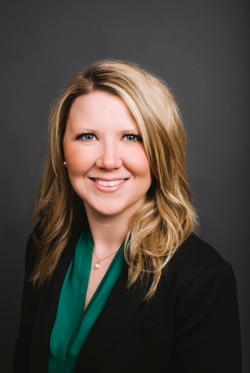 All the attention and focus on Measure 1 has led some to focus on challenging the Legislation’s primary sponsors who ended up on the ballot, Senator Margaret Sitte (R-Bismarck) and Representative Bette Grande (R-Fargo).

Former teacher Erin Oban is running in District 35 against Margaret Sitte. She feels Measure 1 hasn’t been the main issue in her race but rather the extreme views of her opponent.

“Margaret Sitte and Bette Grande have made it very clear to a number of people that they’re very “one issue” sort of people. They are not interested in sponsoring bills that deal with childcare, education, with tax relief, with infrastructure,” Oban told HPR.

With 2014 being a non-Presidential election year, turnout will be key for all races as traditionally it is down during those cycles. It remains to be seen whether voters will hold Legislators accountable for good or bad for what they did in the 2013 Legislative session. Oban feels that Sitte has let her personal agenda affect her politically. She cited an Op-ED Sitte wrote opposing in vitro fertilization saying it was immoral and needs to be stopped. Now Measure 1 opponents are worried about the implications of passing Measure 1 on IVF.

“When you get to a point where you feel like your personal views should be put on everybody rather than what is best for the public, that’s when there’s problems, that’s when it’s no longer a representative democracy. I feel my opponent is a perfect example of that,” Oban said.

Sheila Christensen is running in District 41 in the ND House vs. both Rep Bette Grande and Al Carlson. She feels the amount of money wasted on these measures should be a factor in replacing them.

“Grande spent untold hours with her 6 or 7 issues on abortion that cost the taxpayers probably more money and waste of Legislative hours. And it’s not over, if a lot of these measures pass, they will be spending hundreds of thousands, if not a million dollars, in court costs and legal fees. And when some of those were passed, she had said that right to life groups would be funding these issues. And to date they have not, the taxpayers are having to come up with the money for those issues,” Christensen said.

Christensen said all of the measures on the ballot are being talked about when she visits with voters.

“They don’t want rights taken away, they don’t want people telling them how to live … They want their rights and their freedoms and I am one of those,” Christensen replied.

Both Sitte and Grande declined comment for this article. Shelle Michaels of ND Choose Life told HPR that the primary sponsors of Measure 1 needn’t be targeted.

“At ND Choose Life, we are focused on passing Measure 1,” Michaels said. “We have not followed and would have no idea whether Measure 1 impacts those or any other legislative races. If those legislators are, in fact, targeted because of their support for Measure 1, it would be a curious tactic by abortion rights supporters. There were many, many other legislators voted to put Measure 1 on the ballot.”