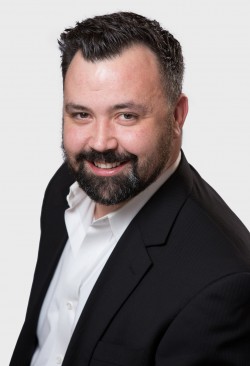 Four years ago, Adam Martin lost everything. He was homeless, had no car, no license, no job, no phone, and lost custody of his children. With five felonies on his criminal record and an eviction, prospects for getting a job and apartment were grim. The only positive was that he had two weeks of sobriety under his belt, a landmark for someone who struggled with addiction for fifteen years.

Martin was planning on getting drunk, but had an epiphany instead. “I decided that I should put as much effort into my new life as I had put into drinking,” Martin said. He felt two quarters rattling in his pocket on his walk to The Bowler- just enough to make a pay phone call to a friend in recovery instead of towards another bar tab.

He needed a shower, a place to live, a car, his license. But most of all, he needed a second chance. He landed an interview for sales for an Information Technology company. Although they typically did not hire felons, they took a chance on Martin because he was honest about his criminal background, determined, articulate, and had a reference from another employee within the company.

Martin said the sales job “radically changed” his life, but after speaking at a United Way event he decided that his true passion was helping other felons get a second chance. He started The F5 Project, which just received its nonprofit status in January.

The project is called F5 because that is a command key that refreshes a page and also the number of felonies that he had when he started the project. The mission of F5 is “to rebuild lives and communities through servicing people with criminal backgrounds.”

One of the goals of F5 is to address high incarceration and recidivism rates. There are 300 inmates in Cass County Jail and 40 percent will return within a year. According to The Bureau of Justice Statistics, 68% of US offenders will be rearrested within three years.

The United States incarcerates more people than any other country in the world, breaking down to 1 in 31 citizens being incarcerated. Yet hiding beneath every grim statistic is a story of redemption such as Martin’s. He shares his story at weekly meetings at the Cass County Jail, brings guest speakers about employment skills, leadership skills, fatherhood, community resources, and housing. Meeting attendance has skyrocketed from about seven inmates to sixty.

“We have been in your shoes” is the reoccurring theme every week. “What better people to try and help guys in jail,” says Martin, “than the guys who are successful today and were once in jail themselves? Inmates listen because they know we want to help them. If you walk into jail and don’t have a felony, walk in there and tell them how to live their life they won’t respect you. I make sure upfront they know that I have five felonies, that I’m not affiliated with any specific institution, not religious, not Probation Officers.”

Currently The F5 Project only serves men, but they plan on expanding to the women’s side with female volunteers.

They meet with the inmates who reach out for help in jail, planning for successful transitions to the community. Martin and volunteers connect them with what they need to be successful, from transportation to cellphones to navigating resources.

One of Martin’s priorities is helping inmates find employment because it helps with self-reliance, developing life skills, and reducing recidivism.

F5 is already seeing successes and inspiring inmates. A Cass County federal detainee facing 14 to 18 years named “C” wrote a letter to F5 because he was inspired by their mission. “Some of us can say we are where we are because life gave us bad breaks, no way out, bad upbringing, full of abuse, etcetera. I can say for myself it was a mix of all of the above. But more importantly it was because of my own bad choices. You know how much one poor choice can change the course of one’s life. I want to help others before they make the mistakes I did, so they don’t have to wonder how they are going to make something of themselves when they are 60 years old.”

This inmate has a reason to feel hopeful. Martin discussed Govenor Burgum’s plans to reform the justice system. Burgum is meeting with key justice organizations and nonprofits, along with discussing reform in a recent Fargo Forum article. Martin believes that he will make radical changes that will emphasis rehabilitation over incarceration, benefit the homeless community, and address the opiate epidemic.

Along with ND justice reform, Martin envisions developing an F5 Project housing program where they transition inmates from jail to the community by teaching a skills curriculum and recommending them to area employers or landlords.

In addition to helping individuals, Martin is building positive relationships with employers, landlords, and area nonprofits to encourage people to give folks second chances and reduce the stigma of felony. “Felons are some of the most motivated people I’ve seen, they just need a chance…How long do they have to pay the price after completing probation or parole?”

If you believe that one’s past doesn’t determine one’s future, support F5 Project by attending their charity ride at the CycleBar.