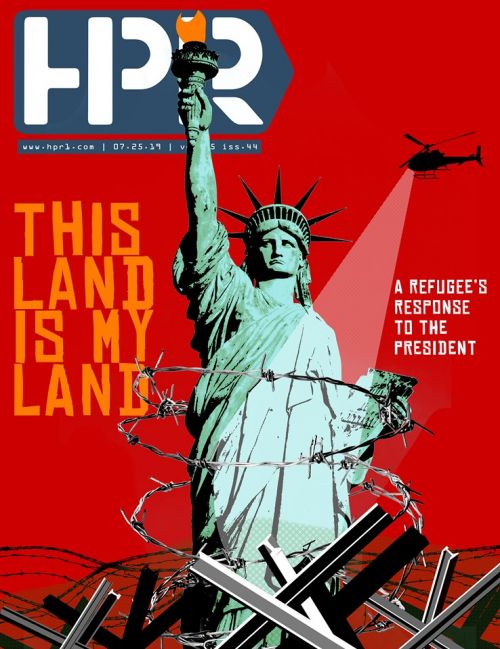 I remember dreading walking to and from school in the hot summer sun back in Phoenix, AZ in 2005. Back then people threw their empty bottles and trash at us in the streets shouting: "Go back to your country."

And this was at the slightest hint that you were a new American. That’s all it took. It happened on multiple occasions. 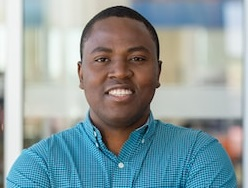 One day during my walk an empty bottle hit me in the back, just a few inches from my head. Shocked, I turned around and saw a person in an SUV yelling profanities at me while telling me to go back to my country. He was doing this while creeping slowly adjacent to me. He made sure I knew that he was talking to me, and he wanted me to feel the intensity of all the hate being thrown at me.

In a state of shock, my heart pounded as if it was falling out of my chest. I tried to walk towards the intersection as quickly as I could. Fortunately enough, I noticed a few people sitting at a bus stop a distance away from me on West Campbell Road on 35th Avenue in Phoenix.

Fearing for my safety I walked briskly to join them. I waited at the bus stop for over half an hour even though my tormentor already left. As the passengers climbed into the city bus, the driver leaned over and asked whether I was getting on or not. I couldn’t. I didn’t have money for tickets. I didn’t know how the bus system operated at that young age. I finally found enough courage to walk back home just to make sure my mom didn’t have to worry.

Once home, I went right into my room and closed the door. I didn’t tell anyone about the incident. I went through a slew of emotions: I was mad. I was sad, confused, and scared at the same time. It was all these emotions were hitting me at once.

I didn't tell anyone on that particular day because I couldn’t bring myself to do so. I felt subhuman; I was humiliated. I felt so alone. The next morning, I explained to my 9th grade English teacher what went down merely because she noticed something was wrong and she insisted.

I will never forget what she told me.

"In this country, a lot of people are welcoming, but a lot of people aren't. Some people fight hard to make your life miserable for no reason at all, but I just want you to know that you are one of the best students I have in my class, and I am glad to have met you."

About a month or so after this incident, I met a few kids around my age from Sudan (some I later found out where from Uganda) at Cielito Park in Phoenix one evening, and I stood by the sidelines while they played basketball. After a while, I decided to walk home because it was getting dark (I lived a block or so away). I remember one of the older kids walking towards me and asking me to wait for them. Apparently, they lived in the same group of apartment complexes on 35th Avenue and they have seen me around. He later explained that it’s very unsafe to walk by yourself, especially at night. They always walked in groups. From then on, I waited on them to walk to and from school or to other places in town.

Of course that wasn't the end of the experience because life is not a Disney movie, but my English teacher’s consoling words (among others) just made me fight harder. I was lucky enough to have had a lot of mentors throughout my teenage years who always thought I could do better. I have met a lot of nice, warm, caring, and wonderful people throughout the last 15 years of my life.

My experiences as a refugee and by default an immigrant, shaped the way I see the world. That’s why I never let my guard down. I never forget where I stand, or where I need to go. We all have a path; I stay on mine and try to help others along the way because I have seen a lot of kindness in people. Yet I have also seen a lot of hate... So when someone says "Go back to where you came from!" or "Go back to your country!", we know exactly what they are getting at. Literally every single refugee or immigrant I have come across has heard and continue to hear a variation of those same phrases.

The sad part is, it's a phrase you come to expect as a refugee or an immigrant. This is the land of opportunity. It's racist, demeaning, condescending, and the intent is to put you at the bottom rung of the ladder in this same land of opportunity. The intent is to make you a “mute” of sorts. These kinds of phrases among other things will start to wear down on you to the point that you begin to hate or blame yourself for not being good enough. Let’s face it: people who use these kinds of phrases are miserable. They have been given opportunities they probably squandered, and now blame all their issues on you. Just remember that before “you”, the refugee or immigrant, became a target for torment, it was the African American (and many cases, still is). In the 80s, Reagan had this rumor that there was a “lady in queens who lived on welfare, but drove a Mercedes Benz”. Of course, the lady in question just happened to live in predominantly black neighborhood, but she never existed.

That’s how dog whistle racism works. It’s no different from racism of the past because it demeans a group of people to advance a political aim like we are witnessing now. It doesn’t explicitly call you a “lazy N***er or Boy” like people did in the past, but it makes sure that the main audience that particular coded message is meant for understand that you are a good for nothing individual, or part of a group of individuals who deserve to be scorned, mistreated, and looked upon with a slight or tense sense of distrust.

As for the refugee or immigrant, there is a risk that if you drive a nice car, it's because the government gave it to you, if you live in a nice apartment, it’s because the government pays for it. If you seek healthcare, well it’s because the government took it away from them, the people who feel like they deserve it the most, and gave it to you for free,... and more importantly, if you were unlucky enough to live in an area where another immigrant committed a crime, you also committed that same crime even if you like the label or not. If an immigrant happens to have dirty apartment, then I’m sorry my friend, your accent also means you live a dirty rat-infested apartment. On a micro-aggressive level sometimes, if you walk the same path or sit next to someone, you could sense the discontent or discomfort of existing in that same space and time with them. They would have rather preferred that they didn’t run into you, and you aren’t about to ruin their day.

What people said on the streets a few years ago has now gone mainstream and that's just the reality of it. The current President is just a megaphone for what we have witnessed for so many years as refugees or immigrants. I just want to make it clear that you could be an immigrant without being a refugee but you can’t be a refugee without being an immigrant. I use these words repeatedly to help you, the reader, differentiate between the two terms. Nonetheless, if you fall in either category or both, please see the current climate as a broader lesson regarding intolerance. If you are new to this country, my advice is to do better at everything you want to do. Don’t settle for second place on anything; go further...

That’s what sets us apart, and that’s what makes us resilient because life is going to be tough sometimes. Do not settle for less! More importantly of course, please do not tolerate disrespect from anyone. Speak up, look up when you speak, and walk with confidence because you belong here, not there, here.