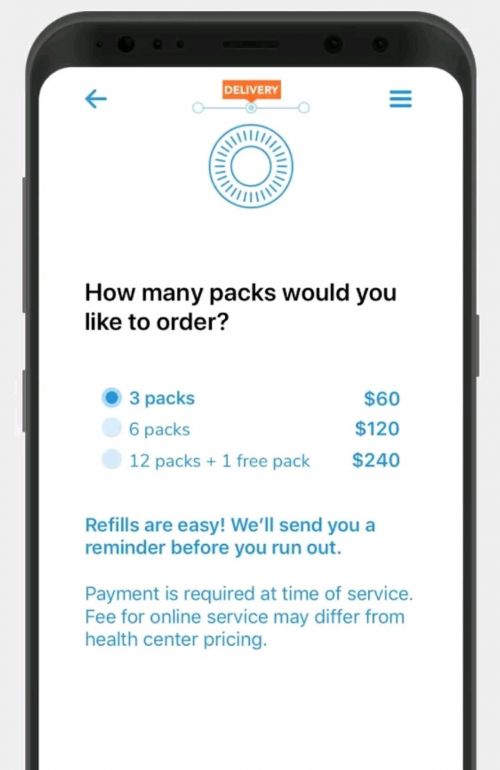 In early October, Planned Parenthood North Central States (PPNCS) announced that Planned Parenthood Direct, a free smartphone app, was available for patients in North Dakota. The app, which can be downloaded on Google Play and in the App Store, allows patients across the state to connect with Planned Parenthood’s sexual and reproductive health care providers in order to receive confidential care and home delivery of contraceptives.

The Planned Parenthood Direct app is available for patients 18 and older in both North Dakota and Minnesota. While PPNCS doesn’t operate a clinic in North Dakota, administrators estimate that nearly 60% of the patients served by its Moorhead Planned Parenthood clinic are North Dakota residents. The app will allow patients to have access to birth control and confidential health advice in a way that is convenient for their schedules. It will likely also increase the clinic’s reach.

“The geographic range is the whole state of North Dakota, which is why we’re really excited about it, “ Jen Aulwes, PPNCS Regional Director of Communications, said. “It definitely reaches more people that might not be able to travel to a clinic.”

Since North Dakota is a largely rural state, the option to use an app for birth control refills increases access for residents who live outside of major cities. Proximity to a pharmacy, a lack of reliable transportation and winter weather can all present challenges for people who live in small towns and in rural communities. Patients may also be more comfortable seeking sensitive reproductive health advice from providers outside their own communities.

“When you don’t live in a population center, and can be difficult to come in and get care,” Amy Jacobson, North Dakota State Director for PPNCS, said. “And sometimes in smaller communities, there are issues around privacy as well -- or perceptions of privacy.”

The app offers convenience for users across the region. But that doesn’t mean that patients will be without human contact. Patients will maintain a healthy partnership much like the one that they would have would if they came into the clinic in person. And that connection begins right away.

“A provider will respond within one day of someone setting up their account on the app,” Jacobson explained.

Connecting with healthcare providers via smartphone has also proved useful for patients who are currently without medical insurance. Users who have already downloaded the Planned Parenthood Direct app are offering feedback to refine the system for future users.

“Planned Parenthood Direct offers North Dakotans the same high-quality reproductive health care they trust us to provide whenever and wherever they want,” said Jacobson in a press release highlighting the app’s public release. “We are always evolving to make health care more accessible to our patients by breaking down the barriers they face, despite increasing efforts by politicians nationally and here in North Dakota who want to limit women’s options.”