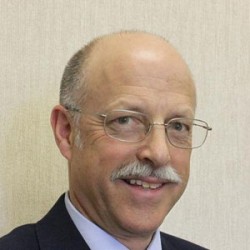 After the latest train derailment and explosion in West Virginia this week of trains carrying Bakken crude, some are calling for more to be done in the regulation of the transportation. One of those groups is the Dakota Resource Council, which issued a strong statement following the derailment blaming state officials for not doing more in regards to transport of Bakken oil. We spoke with Don Morrison, executive director of the Dakota Resource Council, about what more needs to be done to prevent these derailments from happening.

HPR: Talk about your concerns with this latest train derailment in West Virginia.

Don Morrison: Carrying volatile Bakken crude oil and its contaminating water systems there, people had to be evacuated. It was incredible, fiery explosions of seven maybe up to nine cars, not sure about that. That could happen anywhere across the continent, it could have happened in Bismarck or Fargo. There was a derailment in Bismarck even last week. It was an empty car. We’re really concerned about the lackadaisical attitude of our current state officials of the volatility of Bakken crude and it being transported out of North Dakota.

HPR: The US Department of Transportation is working on tougher rail car standards, which are supposed to be out soon; and the ND Industrial Commission has approved tougher standards for transporting oil, which go into effect April 1. Do you feel that those aren’t adequate or don’t go far enough?

What we need to make sure to do is that the oil, the gases that cause these explosions are as much as possible taken out of the oil before the oil is put on the trains. That’s our responsibility in North Dakota, that’s our public officials’ responsibility to make sure they have regulations and that they implement those regulations to keep people safe. That’s the problem so we need to concentrate in ND on keeping the oil safe.

HPR: Any bills in the ND Legislature that are looking at correcting this?

DM: No. I don’t think so because what we have is a group of Legislators that are angry that the Industrial Commission did what it did. They’re saying that the ND Industrial Commission is anti-oil which is ludicrous. We have some legislators that are really blind to reality. This is a Legislature that the people who are sitting in those chairs aren’t really interested in making the oil safe. The majority of ND Legislature isn’t interested in that. And they are working on a bunch of bills like flaring and protecting landowners and helping making sure the radioactive waste is handled better so there’s an awful of oil issues that are being tackled and most of the legislators aren’t interested in passing those either. You can only take on so much.

HPR: So where do we go from here?

DM: I think people should call the Governor and say you need to increase the standards. Number one you need to lower the PSI, you need to make the trains safe -- 13.7 is not a strong standard, it’s not good enough. And we also need to stabilize the oil not condition the oil and stabilize the oil means they take out gases before you put it on the trains and one of the side effects of that is that the oil companies say they have to flare more, well you don’t let them flare more either. We don’t have to continue to accept these all or nothing, one or the other either or kinds of policy questions. We can’t have oil and have oil be safe and stabilized and not flare. We can have that but you know this is the most profitable industry on our planet and they’ve got it, they got to do it right. They are supposed to do it right, they will still make money. They got to do it right but we don’t need to pay for their problems, they are making money. They need to do what needs to be done to make sure their product is safe. That’s the responsibility of oil companies and the responsibility of state officials to make sure it happens.

HPR: Do you think it’s not going to happen until something bad happens. Not that this isn’t bad enough, but is it going to take lives lost?

DM: How bad does it have to get before the people who are currently leading North Dakota in a responsible way, how bad does it have to get? I mean now another train explosion fiery and contaminating people’s water in West Virginia. In the first month of 2015, we’ve had over 200 hazardous oil spills, 200 of them in the first month. One of them was 400 million gallons of hazardous waste into the Missouri River near Williston. You have pipeline breaks, you have human trafficking, you have housing problems, you have traffic accidents, deaths on the highway, two teenagers killed in McKenzie County, you have constant problems with landowners. The landowners are really tired of being intimated and taken advantage of by the oil companies. So you have all this turmoil going as the oil companies are industrializing western North Dakota and we have public officials who will say there’s not really a problem, everything is just fine and dandy. It’s not. They don’t want to be audited, they don’t want to have a performance audit that shows how well they are implementing the laws. They stonewall. People need to keep calling the Governor and calling the Legislators and say we’ve got to do better. You’ve got to have oil and we have to be able to live here in a healthy safe place. People should be calling their Legislators and say come on folks, step up.

HPR: Anything else you wanted to add?

DM: We wanted to respond to Jeff Zent, the Governor’s spokesman who said the Dakota Resource Council doesn’t know what’s going on. I would like to make the statement that DRC members who live in the Bakken with these issues every single day. They deal with consequences of the Governor’s inaction. Dakota Resource Council members know very well, probably more than most people in North Dakota, what’s going on and what the impact is of the lackadaisical attitude of state leaders. They know it, they live it every day. In trying to be responsible in fixing these matters, DRC researched and provided testimony in the hearing and provided other comments when the Industrial Commission was looking at rules to improve the regulation of oil going on trains. We were arguing for stabilization which we still are arguing for stabilization and for them to do a better job. We’re fully participating and we’re wondering where the Governor is. Certainly our members are researching and participating and know fully well what’s going on.