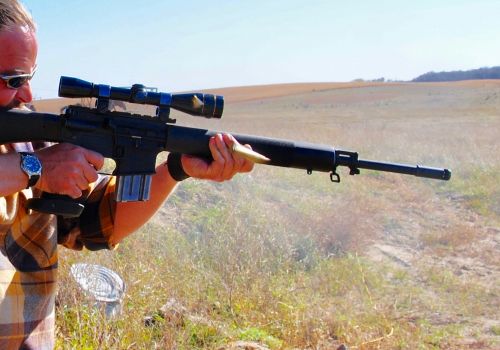 Representative Karla Rose Hanson, a Democrat from Fargo, wrote House Bill 1537, which would establish Public Safety Protection Orders or “red flag” laws against individuals deemed dangerous to themselves or others.

“Public Safety Protection Orders save lives by enabling people to act before warning signs escalate into tragedies,” Hanson said. “Family members and law enforcement are often the first to see signs that a person in crisis is a threat to themselves or others. This process enables them to petition a court to remove guns from a dangerous situation – preventing suicides, reducing peril for victims and officers during domestic violence calls, and averting school shootings and other mass shootings.”

“This process preserves the right to own a firearm while ensuring public safety,” Wardner said. “This legislation will save lives in North Dakota. We are being proactive, and this gives them – our policemen – the opportunity to be proactive and take care of these situations out there.

“I see this as pro gun,” Wardner said during a press conference. “We don’t need any more mass shootings because that’s when the public emotion comes up and says ‘Let’s get rid of them.’ I don’t see this interfering at all with the ownership of guns.”

North Dakota has a high suicide rate amongst youth, farmers, and veterans, Hanson said. The law, if passed, will offer a suicidal person initial behavioral health services and medication to distance the person from lethal means, Hanson said.

Nearly 40,000 people died from firearm injuries in the United States in 2017, according to the Centers for Disease Control and Prevention, which is listed as the highest annual total on record. The number comes to an average of more than 109 deaths per day, with nearly two-thirds being suicides. North Dakota had an all-time high of 103 firearm deaths in 2017 with 93 being suicides by firearm, according to Hanson.

“Simply put this bill is about saving lives and preventing tragedies,” Janke said. “They would also be an additional tool for domestic violence calls, which can be the most dangerous for officers.”

“Hardly a day goes by when we turn on the national news where we do not hear about an active shooter situation,” Janke said. “We later usually hear about how the shooter suffered from mental health issues and had previous contact with law enforcement. Let’s do everything in our power to make sure that a city in North Dakota is not the headline news on Fox and CNN for an active shooter resulting in multiple deaths. To accomplish this, we need to provide the right tools to law enforcement and family members to be proactive in preventing these deaths.”

“The Fargo Police Department last year in 2018 responded to 1,377 suicidal persons calls, and in a number of those they had access to firearms,” Todd said. “This is a tool in the toolbox that if necessary we can use for that person’s own good and yet still maintain their due process.”

The Fargo Police Department is already stretched thin, Todd said, and he recognizes that in some parts of the state human and behavioral services are limited, but the bill is vital for public safety.

“We’re talking about perhaps preventing someone from taking their life or someone even having homicidal ideations too and carrying those out,” Todd said. “We’ll make the time, we’ll put forth the effort to do it.”

Kirsten Baesler, the state superintendent for the North Dakota Department of Public Instruction, said research behind the bill has been in the works for approximately a year.

“North Dakota has not yet had a school shooting and this legislation can help us prevent that horror,” Baesler said. “Even though we have not yet had that school shooting, I have to tell you that it is on the hearts and minds of every educator every day when they go into our schools to take care and to teach our children.”

Public Safety Protection Orders, which are already exist in 13 other states, would also apply to youth in crisis, Hanson said.

“If there’s evidence that a young person is exhibiting red flags, the court could order safe storage of the firearm in the home, to prevent irreversible harm while still respecting the rights of the firearm owner,” Hanson said.

Representative Rick Becker, a Republican from Bismarck, said the bill is a “gargantuan leap going into government suppressing civil liberties.” The bill will possibly open doors to police taking guns away from responsible gun owners for allegations of crimes, for social media posts, for even animal abuse allegations or abuse of alcohol.

“So much of this is not going to have the effect that people who want this law think it’s going to,” Becker said. “What will the Republican do? I don’t know. Eight of the ten co-sponsors are Republican. In very short order there is going to be a lot of angry citizens contacting their legislators, and we will be making a strong case against it. The problem is this bill is not going to solve this and in the attempt you are going to incur on my rights."

Another aspect the bill doesn't cover, Becker said, is that there already are laws and background checks for those suffering mental illness, but agencies aren't following through on services such people need.

“The point is not whether you are in favor of the Second Amendment or not, but this has so many unintended consequences," Becker said. "This is a lot of patting each other on the back for doing something.”

The National Rifle Association has been quoted saying there is good evidence behind red flag laws, but has also worked to water down proposed bills and to kill bills introducing Public Safety Protection Orders and extreme risk protection orders in Maine, Pennsylvania, and other states.

“This type of order is rife for abuse,” the NRA Institute for Legislation Action reported on its website. “Teachers with differing political opinions or personal differences could initiate these court proceedings with little proof that an actual threat exists. It also creates serious Fourth Amendment infringements whereby parents and legal guardians could be forced to surrender their guns. The bill does nothing to punish those who make false allegations.

“Finally, this bill will do nothing to improve school and public safety. It is focused entirely on firearms to the exclusion of other weapons including knives, automobiles, improvised explosives or other weapons. If a person is truly a threat the person should be arrested or involuntarily committed and there are processes under current law that would allow for that through normal legal channels.”