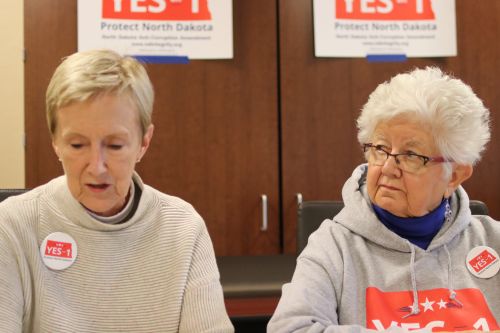 FARGO – Ellen Chaffee wanted to know how much lobbyists were spending to influence North Dakota legislators. Online searches ended in dead ends. As the founders of North Dakotans for Public Integrity, Chaffee and Dina Butcher knew politicians are treated to dinners on a daily basis in the state’s capital, especially true during legislative sessions, but real data was nowhere to be found.

Not until Chaffee paid $118 to the Secretary of State’s election office under a Freedom of Information Act request did she find some answers. Out of 501 lobbyists only 16 “non-zero” reports were filed in 2017, and until June 30 this year only four reports were filed. Five of the reports from 2017 also only reported personal expenditures and not what was spent on influencing legislators.

By law, the deadline for all lobbyist reports is August 1. All expenditures exceeding $60 are to be reported. Too many are either not reporting, or failing to report every necessary expenditure, and no audits for performance have been conducted, Chaffee said.

North Dakotans for Public Integrity is the nonpartisan group – consisting of Republicans, Libertarians, Democrats, atheists, Christians – who are rallying behind initiated constitutional Measure 1, which would enact the creation of an ethics commission to work as a “watchdog” on corruption, election, and lobbying issues.

“The current law is weak,” Chaffee said. “The rules are vague and reports are a jumble, and to claim that everything has been reported according to law defies belief. The fact is that we have no idea how much money lobbyists are spending to influence our legislators.” 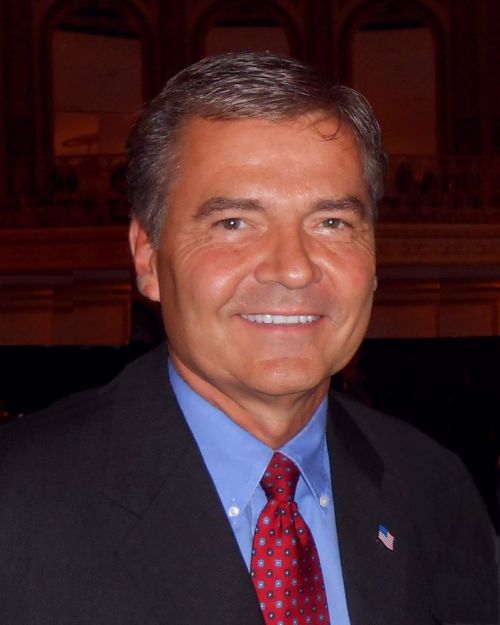 “It’s perfectly plausible that most lobbyists don’t have expenses,” Geoff Simon, the head of Measure 1’s opposition group, North Dakotans for Sound Government, said. “They might give out trinkets here or there, but it doesn’t ever reach that threshold of $60.

“They don’t understand the North Dakota way. We take care of our own here, that’s just the way it works. ”

“Lobbyists are left to make up their own rules,” Chaffee said. “There is no consistency and obviously no oversight… but sunshine disinfects.”

Some lobbyists, including representatives from CVS Pharmacy, Philip Morris, building associations, and real estate companies, not to mention Big Oil and pharmaceutical companies, reported travel, and some didn’t, according to the reports. Total expenditures for 2017 were approximately $24,000, a price tag that seems far too cheap, Chaffee said.

Chaffee pointed to Simon’s records with the Secretary of State. Simon is also a lobbyist and the executive director for Western Dakota Energy Association. He reported five meals costing exactly $100 each in a 24-hour period in March 2017 with the House Finance Tax Committee, the Senate Finance Tax Committee, and House Appropriations Committee. Another meal on April 5, 2017 with the North Dakota Petroleum Council cost exactly $1,500, according to lobbyist expenditure reports.

“Ellen and Dina Butcher, you are trying to deflect from the real danger with Measure One -- it violates the Freedom on Speech rights of North Dakotans,” Simon wrote. “Measure One's sweeping disclosure mandate would expose private citizens to threats of violence, harassment, intimidation and worse.”

Simon said he would vote for Measure 1 if it offered a simpler mandate for the legislature to simply establish an ethics commission. He said he didn’t attend the committee dinners.

“Those meals were for legislators only,” Simon said. “It’s a gesture of good will that we help them to pay for a dinner. It seems odd to them because they’re really unfamiliar with the legislature, they have no concept of what goes on and yet here they’re trying to write laws what they don’t even understand.”

Measure 1 seeks to increase the transparency of spending in state elections, reduce the undue influence of lobbyists, limit the misuse of campaign funds, and establish a state ethics commission. Up until now, ethics have been left up to the conscience of the individual, according to the North Dakota Century Code. Some anti-bribery laws exist, but what does a citizen do if their elected representative comes under the shadow of corruption? 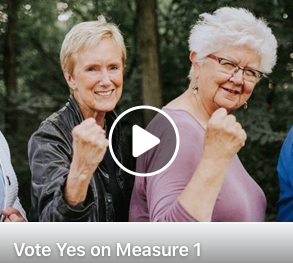 Corporations, lobbyists, and special interest groups who want to conceal their political involvement have long exploited legal ambiguities, Chaffee said. Measure 1 would remove the confusion, giving North Dakotans the explicit and affirmative right to know who is influencing their elections.

“The point is, what you are supposed to report is very unclear,” Chaffee said. “We have no idea how much money is being used by lobbyists to influence our legislators. It’s being kept a secret.”

Opponents of the initiated measure, including the American Civil Liberties Union, say it is an attempt to restrict First Amendment rights.

The ACLU gave a statement against Measure 1 from South Dakota, as the ACLU office in North Dakota no longer exists.

“The ACLU doesn’t want to reveal their donors,” Butcher said.

On that point Butcher and Simon agree.

“Can you imagine if the NAACP had to disclose its donors in 1958?” Simon said. “If a legislator is being bought for a $20 then they don’t need to be in the legislature.”

Simon added that the legislature has laws in place, and is self policing.

“If somebody gets out of line then they knock them out of line,” Simon said. A legislator

can be voted out with a two-thirds majority, according to the North Dakota Century Code.

Chaffee is a Democrat, her friend, Butcher, is a Republican. Together they make two #badassgrandmas, and are proud of the title Butcher’s grandson bestowed upon them. An unspoken affinity or understanding exists between them. When one finishes speaking the other steps up, easily, without interrupting. In a political world torn by partisanship, Butcher and Chaffee show what can be done if people focus on issues rather than loyalty to party.

Since founding the initiated measure, Chaffee and Butcher have been featured in news stories across the nation including Politico, The Hill, Newsweek, and the Public News Service.

Back when Butcher had a “higher tolerance for fools,” she used to be a lobbyist, and acknowledged that lobbyists are vital to educate politicians on issues. Speaking on behalf of commodity groups, she would typically meet over simple meals, or have conversations in a legislative chamber. She would also attend Pride of North Dakota receptions where lobbyists and politicians could meet and share drinks over cheese and snacks.

Today, North Dakota’s political scene is different. Deep-pocketed industries are watching the state’s oil boom and ensuing controversies, and as the population increases, infrastructure, technology, and agricultural issues only grow more complicated. The lack of oversight is troublesome, both Butcher and Chaffee said.

“I think the reason why is that nobody is checking,” Butcher said. “These reports raise more questions than answers. The reports are few, highly questionable, and need to be investigated. Lobbyists are buying time, friendship, and favor and the reports provide few answers about who is buying influence in North Dakota.”

State Auditor Joshua Gallion said his office takes every complaint seriously, but that since the information within the email did not list specific examples and because of the email’s anonymity that he could not investigate.

“It is unfortunate that an anonymous report must be investigated,” Lee wrote on September 26 to Gallion. “Privacy might be protected, but not knowing who is accusing an agency or individual seems to me to violate being able to face one’s accuser. One does not know the motives of the accuser.”

“I have not and would not initiate a performance audit based on an anonymous complaint without proper support,” Gallion wrote back. Governor Doug Burgum and North Dakota Attorney General Wayne Stenehjem were included in the email.

In a recent article from NDSU’s The Spectrum, Gallion was interviewed saying that the creation of an ethics commission does not accomplish anything new.

“There is nothing in this measure that is not already happening in the state of North Dakota,” Gallion stated. “If you have an election issue, call the Secretary of State. If someone is breaking the law or infringing on your rights, we also have an Attorney General’s Office who can take care of the issue and prosecute.”

The Attorney General’s primary job as chief legal counsel is to represent the state in legal matters, as well as provide opinions on questions of law. Rarely is the attorney general’s job to prosecute local citizens.