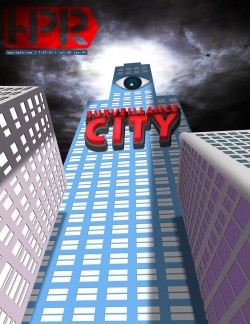 The Fargo Police Department, which started monitoring downtown crime with cameras in 2012 with three stationary cameras after a rash of vandalism and thefts, also has three moveable portable cameras used for real-time monitoring of large events such as the Fargo Marathon, ESPN Game Day, large events at the Fargodome and this week at the Fargo Street Fair. The moveable cameras act as an eye in the sky for highly crowded events.

“(B)ecause of the uniqueness of large crowds, they provide us a level of security in the aspect that we have better eyes on that larger crowd, usually from a vantage point that’s above the crowd,” Fargo Police Department Lt. Joel Vettel said of the moveable cameras.

The Fargo Police Department doesn’t do live monitoring of its three downtown stationary cameras, which are located in the Broadway corridor of 1st Avenue, NP Avenue and 2nd Avenue, because it doesn’t have enough resources to do so and there is not enough crime to warrant it.

It does, however, go back and look at the video if incidents are reported in the area and it has been successful in helping them solve crimes, including a strong armed robbery at Steve’s Package Store in 2013. The footage on the cameras is stored for 10 days maximum, sometimes less depending on space for storage and how much footage is used.

“The vast majority of our, I think, success with them has been in twofold, one in the deterrent factor, and usually that’s connected to a specific area that’s had several crimes in it. And then also, along with that, it provided a resource that, when a crime occurred we were able to go back and say, ‘OK it occurred two hours ago. What are the chances that something was caught on those cameras?’ And we’ve had several examples where we’ve been able to catch them and link them through that system.”

Lt. Vettel said the only time officers check on footage regularly is when there are reports of repeated ongoing incidents downtown, such as people excessively drinking outside in front of certain businesses.

“The business owner is upset because they are there,” Vettel said. “Often times, they are associated with aggressive panhandling, which is illegal downtown. And so the officers will say, ‘OK we need to deal with that issue and they will utilize the cameras proactively to monitor those specific issues.’”

Privacy experts wonder if the loss of privacy that Americans expect is worth it, if this is something we should just blindly accept and if there isn’t less intrusive ways the police can reduce crime.

“It’s a value in our society that we don’t watch people in case they do something wrong. I think there’s a big question of whether continual camera surveillance is in line with that value and kind of as a corollary whether there’s a less invasive way for people to serve this function,” said Elizabeth Skarin, American Civil Liberties Union of the Dakotas policy director.

Lt. Vettel noted there are a lot of cameras in Fargo watching citizens that are not controlled by the Police Department, mostly from private businesses.

“I think everyone recognizes that cameras are everywhere now,” he said. “You can’t take a step outside without being caught on camera. Good or bad, that’s the reality that we live in now. We want to make sure we aren’t left behind by technology, but we utilize that technology wisely and we use it respectfully.”

Skarin noted there have been several psychological studies that show people act differently when they know they are under surveillance.

“If you were to be able to view this footage on a regular basis -- that could really reveal a lot about people. Because where you go says a lot about who you are. Are you going to church, what church are you going to? Are you going to a political meeting, a gun store, a pharmacy? Whatever it may be, tracking someone’s movement over time makes it possible to uncover things like this. It can reveal the routines of someone’s life and consequently it can reveal every deviation from that routine,” Skarin said.

Additionally, there is a concern about the potential for misuse and abuse of the cameras and who is watching the watchers.

“How are we certain that police are only looking at this footage because of a police-related interest? What if someone knows that their spouse frequents downtown and they want to know, “I am police officer and I want to know if my spouse is going out with who they say they are going out with. Can’t I just check the footage?” Skarin said.

“So without knowing how specific the need has to be or in what situations a police officer really can access information, it’s kind of easy to imagine all of these abuses that could potentially happen.”

Vettel said a limited number of officers have access to the camera’s footage and they are only accessed after reports of crimes.

The FPD does feel the cameras are working, citing that crime is down overall in downtown Fargo. Specifically, after reports of 14 assaults happened in one section of NP Avenue, Vettel felt the cameras had some impact in reducing that number.

Skarin feels there is no way to point to the cameras as the cause for the reduction.

“I think it’s kind of hard to determine causation. Maybe crime has gone down but we can’t determine that’s because of these cameras,” she said.

As far as expansion of camera use by the Fargo Police Department, Vettel said that would mainly have to initiate from citizen interest and noted that downtown is different from other parts of Fargo, which is why they feel it’s working there.

If given the chance to have cameras all over Fargo, Vettel says the FPD would probably say no.

“Downtown is relatively unique. It’s a lot of pedestrian traffic, a lot of activity in a very small area. We have a higher level of assaults, a higher level of those types of crimes there just because of the sheer number of people that are there and also especially after hours, bars and those types. You add alcohol to that type of thing and you end up with a few more problems, and so we’ve been successful in that,” Vettel said.

Skarin said citizens concerned about the loss of privacy should speak out to their local elected officials and make sure important questions are being answered.

“We might want to look into ways we can make this less invasive, whether it be have the police articulating a policy where they have signage indicated that cameras are doing surveillance 24-7, whether that be the police putting together a specific policy detailing who has access to this footage, when they have access to this footage, how long the footage is retained, whether or not they share it with other state, local or federal authorities and articulate a specific policy that answers the questions and then make that is policy public,” Skarin said.

Vettel said the FPD will continue making sure the cameras do not become too time and resource intensive.

“(R)ight now they are extremely low maintenance, low manpower intensive and we’ve had that success with them; and again we’ll continue down that path and we feel that they’ve done the job we’ve really identified them to do and I think we’re always looking for ways to improve on that,” Vettel said.