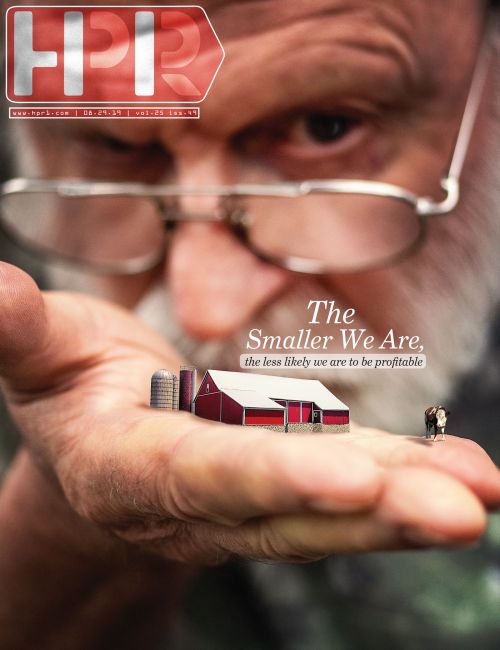 Young Logan County area farmers sat together on a recent Monday night, and talked about Tyson’s closure of its Holcomb, Kansas beef processing facility due to a fire. According to USDA, North Dakota ranks 9th in the top 10 states in the nation with the most beef cows, measuring 985,000 head on January 1. Those at the table background cattle and sell to the finishers.

What it means to these North Dakota farmers is that cattle ready to be moved from pastures to market will face lower market prices and yet analysts believe the boxed beef values will increase going forward. Consumers will pay more for beef. Profit margins will look good for the already exceptional packer market. Farmers, not so much.

“In general, with prices we have now, cattle operations under 500 head are fighting to stay alive,” Thomas Wilen. “The smaller we are the less likely we are to be profitable.” Kyle Graber adds, “If we’re not close to 1000 head, the small guys are gonna be gone.” The margins are not there. Both Wilen and Graber farm in the Gackle/Fredonia area. Ben Bowman, another young farmer from that area, added that when he was in high school he was told that 84% of the ranchers in North Dakota raise less than 100 head of cattle. Everyone at the table agreed that those ranchers all have off the farm jobs because they couldn’t make it on cattle alone. “Those are hobby farms,” said Graber. 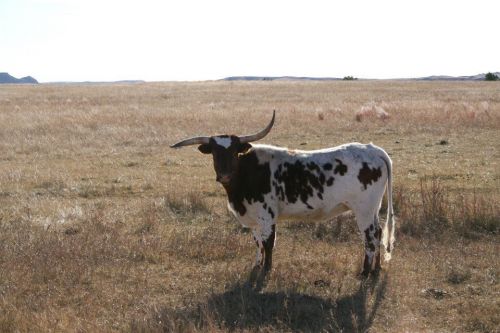 Remarking on the labor shortages, Graber said, “You can’t get kids to work even for a day or two to help out, they’re too busy with sports and whatnot.” Wyatt Rath-Wald, a grain and beef cattle operator, said he advertised for help on social media without success. “If you do get somebody for a day to help with working cattle or whatever, they don’t have experience with farming and aren’t able to be much help.”

Justin Gross does custom corn planting and said, “We all do custom work of some sort just to make some cash to survive.” Hauling cattle, planting corn, chopping hay or custom combining, whatever can supplement the farming operation are necessary to sustain the operation. They help each other back and forth. One may do chopping for his neighbor and in return the neighbor does combining for him.

Several of the wives are nurses and another is a teacher. Their jobs provide healthcare and a crucial second income. Logan County commissioner, John Wald, said “House and spouse are necessary for profitability for farming operations.” Spouses who work off the farm provide insurance often in addition to doing bookwork and record keeping, making parts runs, keeping the crew fed and assisting with moving equipment from field to field. Commissioner Wald added, “In our family we ask grandpa to ride along to make a parts run, or to move from field to field. Even grandma does what she can to help along.”

Ben Bowman’s wife is an elementary school teacher and he brought up that her students aren’t aware of where their food comes from. He and the others agree that human nutrition education needs focus on field to table, ideas that are second nature to farmers but new to urbanites. 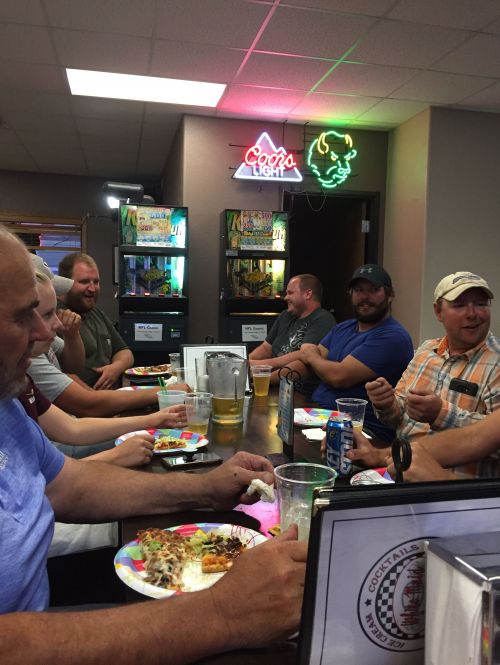 Next the conversation turned to the “Impossible Burger.” The Impossible Burger is a plant based burger, with the protein called soy leghemoglobin. Soy leghemoglobin is derived from genetically modified yeast. The substance is what gives a “meaty” taste and also makes the burger seem to bleed like meat when cut. “If it tastes like beef, and bleeds like beef, why aren’t they marketing beef?” Rath-Wald. “I take that back, it doesn’t taste nearly as good as beef,” he adds with a grin. The general consensus was that both beef and lentils are important to local farmers, but the marketing is off kilter pitting one against the other.

Another point that was made was regarding Country of Origin Labeling COOL. “We need to bring that back,” said Bowman. COOL is a labeling law that requires retailers, such as full-line grocery stores, supermarkets and club warehouse stores, to notify their customers with information regarding the source of certain foods. Bowman adds, “It’s wrong that meat from Brazil is brought in and the American consumer doesn’t know they are buying meat from out of the country.” The buy local concept has not extended far enough yet.

Approximately 90% of the land in North Dakota is dedicated to agriculture and there are nearly 30,000 farms, but the farmers at the table agreed, the numbers of farms will decrease unless some relief in the form of stronger commodity prices, developed sustainable markets for grain and cattle and the public is made aware of the farming crisis. The farmers at the table talked in undertones about young farmers under the age of 40 who’ve said if the market doesn’t come back, this will be their last year. 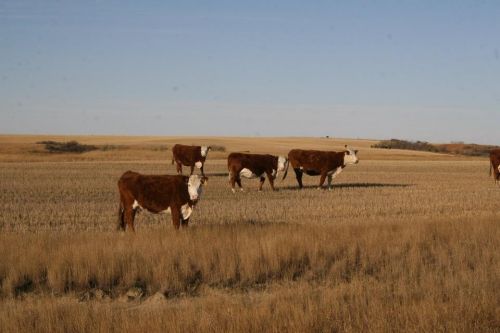 Communication between the young farmers at the table that night is through daily texts and snapchats. Snapchat is a messaging app on their phones that they use to send messages or photos. The “catch” with snapchat is that the app deletes photos and videos shortly after being viewed. No matter which they send the snap will self-destruct. The snapchats they share are photos of lush green and gold fields, and gorgeous sunrises and sunsets. Photos of family members working together. Photos that show their love of their farms and farming.

These young farmers just hope their way of life/livelihood doesn’t get deleted like the brief and beautiful snapchats they share.

[Editor’s note: Carmen Rath-Wald is a retired NDSU Extension agent having served for 27 years in Logan County. Rath-Wald was born and raised on a farm near Wishek in Logan County and she and her husband, John continue to farm the land alongside their son Wyatt.]