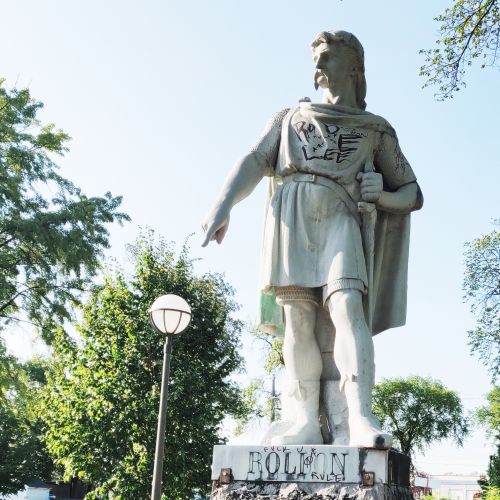 FARGO – First, Lady Liberty was kidnapped in July. Then on Friday, the statue of Rollo the Viking, or Rollon in French, was vandalized with what is apparently white supremacist graffiti.

There are no connections between the two acts of vandalism, according to police, but investigators are taking the crimes seriously.

The statue of Rollo the Viking, one of Fargo’s oldest originally placed west of the Great Northern Depot on Broadway, was one of two copies of the original 1863 works of art given to the City of Fargo in 1912, according to NDSU Archives. The other copy was sent to Alesund, Norway, Rollo’s birthplace. 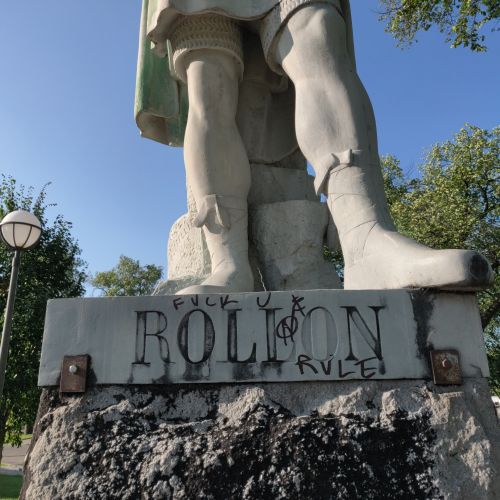 Vandals painted the name “Rob E. Lee,” a reference to the Confederate General Robert E. Lee on Rollo’s chest, and what appears to be an Aryan Nations symbol with the word “rule” by Rollo’s name. The statue stands between the Sons of Norway lodge and NDSU’s Barry Hall. 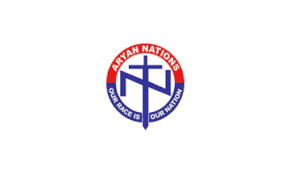 The Aryan Nations, once the most infamous Christian Identity anti-government group in America, has disintegrated since 2001, splintering into into the Tabernacle of Phineas Priesthood, and the Church of the Sons of Yahweh, according to the Anti-Defamation League. Since the 1980s, Aryan Nations members have taken up arms with neo-Nazis, the Ku Klux Klan, and other white supremacists to form the Silent Brotherhood, also known as The Order, which planned to overthrow the United States government.

Certain “Alt-right” lingo such as “14 Words,” or “we must secure the existence of our people and a future for white children,” was created by The Order and has become a battle cry for white supremacists and neo-Nazis in recent years. Online, white supremacists frequently use the phrase as a signoff.

The Aryan Nations is still operating, sometimes under the name of the Church of Jesus Christ Christian, and is led by a man named Morris Gulett, prone to violence who reportedly ends his sermons with a Nazi salute, according to the Southern Poverty Law Center, a nonprofit watchdog against hate in America.

“We’re disappointed, we don’t like it,” Fargo Mayor Tim Mahoney said. “It’s not usually what people do around here. I hope that whoever is doing this understands that this is serious and we don’t like it. I don’t know if someone thinks it’s funny or cute. Hopefully, we will figure it out and have some better ideas by the end of the week or so.”

Investigators using ultrasound have searched the Red River for Fargo’s replica of the Statue of Liberty that stood on Veterans Memorial Bridge, but found nothing, and police still have no solid leads, Mahoney said. Fargo’s Lady Liberty, standing 8-feet tall, was erected by the Fargo Lions Club in 1950 and dedicated to the citizens of Fargo. Since its dedication in 1952, the statue has been a repeated target of vandalism.

The statue of Rollo the Viking has also been vandalized before, but not with white supremacist graffit. The City of Fargo has filed a request to have the statue cleaned.