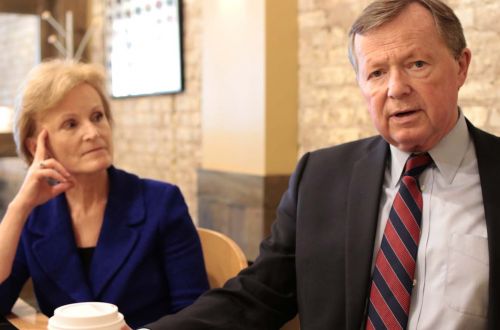 A crucial argument against the Affordable Care Act, otherwise known as Obamacare, came in the form of a Texas lawsuit against the United States citing that since the law’s teeth have been torn out after penalties for not filing were repealed, the entire law is meritless.

Under current Attorney General Wayne Stenehjem, North Dakota joined Texas and 18 other states last February in suing the United States arguing that the law is no longer constitutional.

“Texas versus USA has 20 states that joined the litigation, and North Dakota is a principal part of that,” former U.S. Representative for North Dakota Earl Pomeroy said. “North Dakota is one of the few states where actually Medicaid had been expanded already, so in the case of our Attorney General joining that lawsuit, the ending would be to take away coverage from 20,000 North Dakotans who have been protected under the Medicaid expansion.”

The Texas lawsuit is bizarre, Pomeroy said. Congress left the Affordable Care Act on the books, but repealed the mandate.

“Congress determined itself that this part can stay, and so the Doctrine of Severability, which usually applies to judicial actions, is now being applied to whether Congress can do this or not,” Pomeroy said. “Congress can leave this part of the law. I think the case is a poor one, because it would be so devastating if it was somehow upheld in a partisan judiciary branch. We think the threat is real.

If the lawsuit is successful, the damage to primarily working class Americans would continue, Pomeroy said.

“It wouldn’t end there,” Pomeroy said. “It would also take down the protections that people have that your health conditions can be used against you to prevent you from getting insurance coverage, or surcharged on that health condition. Right now, under federal law, that is banned when you’re buying insurance within the exchange. All that would go away, all those protections would end.”

An additional 20,000 families in North Dakota would also be immediately affected.

“One of the things we’re trying to accomplish, Mary [Wakefield] and me, and other folks working with Dakotans for Health, is to explain that the attacks on the Affordable Care Act and the protections people have continue, and that it’s very important that they are aware of this and speak to their elected officials. Do they want to take coverage away from 40,000 North Dakotans?”

All questions asked of Stenehjem were referred to Texas.

Dakotans for Health is an ad hoc group of North and South Dakotans focused on maintaining and improving provisions within the Affordable Care Act.

Pomeroy, a former North Dakota Insurance Commissioner, and former Deputy Secretary of Health and Human Services Mary Wakefield, are attempting to inform the public about the benefits of the current healthcare system.

“We’re not saying we got it exactly right, we’re willing to talk about something different, but one thing we do know is that the magic answer isn’t in allowing the cheapest, rotten-est coverage out there,” Pomeroy said. “It’s cheap because it doesn’t pay for anything if you get sick, and that’s the fundamental point of coverage.”

Data compiled in 2018 from the Kaiser Health Foundation shows an overwhelming support by Democrats, independents, and by Republicans across the state and the nation to continue protections for those with pre-existing conditions. A total of 88 percent of Democrats, 58 percent of Republicans, 77 percent of independents, want to prohibit insurance companies from denying coverage based on a person’s medical history.

North Dakota has 316,000 people living with pre-existing conditions, and of those 40,800 are children, 73,700 are adults between 55 and 64. Prior to the Affordable Care Act’s passing, anyone who was pregnant, had dementia, arthritis, cancer, diabetes, or depression could be automatically denied health insurance.

If the Texas lawsuit is successful, then current short-term plans would force people back to the ‘good old days’ of reading the fine print, whereas the Affordable Care Act is comprehensive, meaning the plan covers everything from hospitalization to checkups to medicines.

“Do they want those state taxpayer dollars used to fund a lawsuit to declare unconstitutional an agreement made by Governor Dalrymple and bipartisan legislative majorities to expand Medicaid in North Dakota?” Pomeroy said. “Do they want state taxpayer dollars being used in this lawsuit that would strike down protections people have that their health conditions now or in the future can be used against them to get health insurance?

“There are assaults on many fronts,” Pomeroy said. “One is the full frontal assault of the lawsuit… it’s death by a thousand cuts in other areas.”

Last week, further cuts were made to organizations that help users understand coverage in the marketplace.

“During open enrollment periods these are organizations in North Dakota and elsewhere that receive funds to help outreach information, help people retain information if they got it, and then to help people connect to coverage,” Wakefield said. “They slashed that funding last year and they just announced they’re coming back and slashing it further this year. There is one of those thousand cuts.”

“They’re junk policies,” Wakefield said. “What are these plans? They’re buyer beware plans, because unlike the Affordable Care Act plans on the marketplace that are required to cover essential health benefits, if you have to be hospitalized and you got a plan on the marketplace, that’s got to cover your hospitalization and got to cover your prescription drugs. These plans? Not so much. Not required. And in fact, these plans don’t have to cover you if you walk through the door with a pre-existing condition like diabetes. So to hold that up as the alternative to a comprehensive plan that’s available to people right now saying that’s a better buy, this is no deal. This is a bad deal. So there’s another cut of the 1,000 cuts.

“There are Swiss cheese plans out there, you could drive a truck through these plans,” Wakefield said.

“You can look at this on two levels: fundamental morality and the cost,” Pomeroy said. “As North Dakotans in the 21st century, don’t we have an ability to make sure that everyone has access to health insurance? I think we do, we have that opportunity, we can do this. And I think we should do this as a matter of morality.”

A best friend of Pomeroy’s brother developed cancer while in-between jobs, he said, and by the time the friend found a job and health coverage, it was already too late. He died because he couldn’t get coverage quickly enough, Pomeroy said.

Preemptive care is a far less taxpayer burden than the alternative, waiting too long for pre-existing conditions including physical and mental health, that could lead to lengthy hospitalization or incarceration at the taxpayers’ expense.

“The dollars spent trying too late to save my brother’s friend would have covered premiums for years,” Pomeroy said. “When people present themselves to medical facilities with critical health circumstances, medical response is very, very expensive and often too late. Trying to have people covered, and dealing with things proactively, it’s sound in a matter of dollars and cents, and it’s the right thing to do.”

Wakefield was a practicing nurse, and she saw far too many instances of delayed diagnosis, which led to delayed treatment.

“This situation is really unfortunate to have North Dakota suing to take away coverage from 40,000 people, it’s surprising, it’s wrong, and we don’t think people know about it,” Pomeroy said.

“Isn’t ironic that in the face of the opioid epidemic that the administration is letting policies be sold that no longer cover mental health treatment?” Pomeroy said.

“Believe me, I voted for the Affordable Care Act, and I took some heat on it, and lost an election,” Pomeroy said. “So I understand this was controversial, but I think people like that kids are covered until 26, and that pre-existing conditions can’t be used against you to get health insurance, you need coverage and you can’t afford it, maybe it will help with that premium. Fundamentally, these are points now that are accepted by North Dakotans and they don’t want a lawsuit taking it all away.”