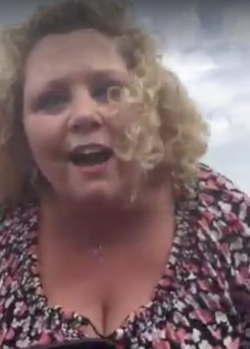 FARGO – Three Fargoans, originally from Somalia, were stopped Tuesday evening outside of Walmart by a white woman from Mapleton and threatened while dozens of onlookers did nothing to intervene.

The women who were verbally attacked, Rowda Soyan, Sarah and Laleyla Hassan, were enjoying a day off from work when a blonde woman approached. Before they could enter the store around 5:30 p.m., the incident began, and video footage started halfway through the exchange.

“You’re a racist person, and I’m not going back to my country,” Soyan said in near-perfect English in the video.

“I’m an American,” the white woman, who later commented on Facebook about the Youtube video, said. According to the post her name is Amber Elizabeth Hensley, and she worked for Horab & Wentz, CPA.

“What are you going to do?” Soyan said.

“I am making a video and I am going to show it to the police,” Soyan said.

“Do you think the police care? Why are you in our country anyway?”

“It is happening, and I think this must be stopped,” Abdullahi said. “I don’t see any leaders condemning this issue. This will keep continuing.”

During the incident, people entering and exiting the Walmart on 13th Avenue stopped to watch, but no one tried to help. 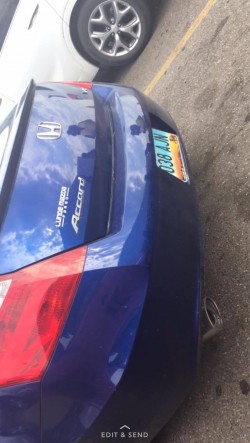 “No one stood up for us, nobody even said a word, it was a scary moment for all of us,” Soyan said. “She went on and on, and it was really really scary. Out of nowhere, she just came and said those hateful words. It was an ‘Are you out of your mind’ moment?”

Soyan called police, and a report was made under case number 17-61490. Fargo Police were contacted for comment, but were not available.

“Her car had a Trump sign, and she said he’s the one who is going to send us back to our country,” Soyan said.

Hensley apologized for the "horrible things that I said to the two ladies at Walmart," according to her Facebook post. "It was not a Christian-like thing to do at all, and wish I could take it back, but I lost my cool, and I can't."

In the apology, Hensley said that the women parked too close to her car, and refused to move.

"I asked her again and she swore at me, calling me a fat bitch, to that I informed her that I was a Christian and asked if she knew who Jesus was."

Soyan has lived in Fargo for nearly five years, and the others for nearly three years, she said.

Tuesday’s incident wasn’t the first time Soyan has been attacked by racists. Her car was spray painted earlier in the year, and police couldn’t help by classifying the incident as a hate crime, she said. Insurance wouldn’t cover the damages, so she had to pay out of pocket.

Such attacks aren’t labelled as hate crimes in Fargo, as the state doesn’t officially define such incidents as hate crimes, Barry Nelson, of the North Dakota Human Rights Coalition, said.

“I guess as far as North Dakota Human Rights Coalition, this is not what should be representing Fargo to other Fargoans,” Nelson said. “This is Fargo on Fargo crime, and it is unconscionable. We must keep exposing this so that we as a community work actively to eliminate this. 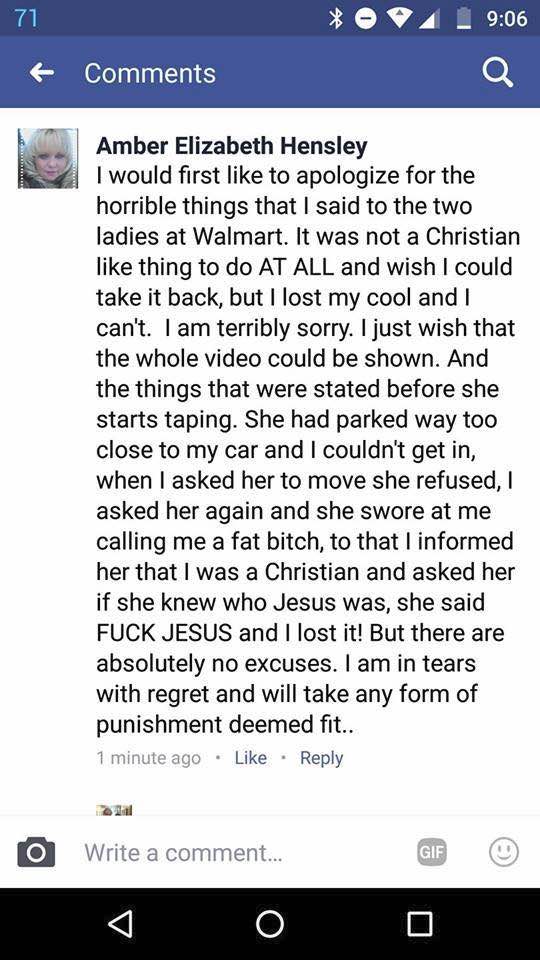 “This should not be happening to any of us.”

An assault on a Somali-American on July 2 in Fargo that is being investigated as a possible hate crime by the Council on American-Islamic Relations, was virtually swept under the rug, Nelson said.

James Patrick Billiot, 32, Fargo, and Justin William Rifanburg, 28, West Fargo, assaulted Shuib Ali, who was moving into an apartment when the attack occurred after racial epithets were said, according to police reports. Nelson said the two men were charged with simple assault, a misdemeanor, and were fined $250 for their crime, and the victim was not alerted to the court case.

“He found out a week later what happened,” Nelson said. “This happened at his home. I think police did what they could do, but I’m really questioning our judicial system. I don’t know if it’s a lack of awareness, of course, we don’t have any hate crime laws, and it doesn't rise to a level of definition.”

On August 2, North Dakota United Against Hate Crime is planning to hold a rally to generate support for victims of hate crime, and to start generating momentum behind getting a hate crime law passed — once again. Nelson made attempts ten years ago with the state legislature for a legal recognition of hate crimes, but his efforts went nowhere, he said.

“The response in the legislature was that we have laws that cover these things, but they don’t understand the layers of hate crime,” Nelson said.