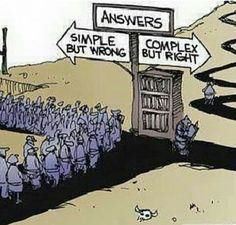 9/11:The destruction of the World Trade Center by Al Qaeda changed most Americans’ world views forever. Some in Valley City faced the challenges and fears of the world outside their usual daily lives by becoming better informed.

Remembering the 1970s when students, teachers, and community members came together for “teach- ins” to learn about the Vietnam War, Valley City State University faculty and community members created "What in the World is Going On?" a campus-community group jointly sponsored by VCSU's Departments of Science and Social Science. In its 21st year, the organization has hosted sessions on varied subjects as ND water policy, Islam, Black Lives Matter, and now, this year has assembled a 4 - part series on aspects of climate change and North Dakota. With the support of the Dakota Resource Council, “What in the World is Going On”, for the first time, is available via Zoom and also as recorded sessions.

Paul Jensen started the series on February 24 focusing on Electric Vehicles (EV) and their role in mitigating climate change. Jensenis a member of C.L.E.A.N. ( Citizens Local Energy Action Network) a Fargo Moorhead group which “works for continuous sustainability, emission reductions, efficiency improvement in the energy sector, and alternative fueling systems for transportation.” He has worked all over the world in the electric business and currently owns Greenway Energy LLC. The company focuses on the smarter use of energy, including energy efficiency and conservation, renewable energy, and better utilization of natural gas and energy storage.

According to Statista, 13.5% of global greenhouse gas emissions in 2020 came from the United States but we have only 4.25% of the global population.

Transportation accounts for the largest amount of American greenhouse gasses at 29%, hence the need for finding alternatives to our present cars, trucks, planes and trains. But to do this, Jensen’s talk recognized “the need to have responsible policies and programs while fairly serving society’s energy, environmental and societal demands.”

In 2016, the Paris Agreement,a legally binding international treaty on climate change was presented by the Intergovernmental Panel on Climate Change ( IPCC). The November 2021 follow-up at the Conference of Parties(COP-26) meeting was held in Glasgow and as of February 2021, 189 countries representing 96.5% of global greenhouse emissions, 96.3% of the world’s population and 85.3% of global fossil fuel reserves had signed and ratified the Paris Agreement. Iran, Iraq, Turkey, Eritrea, Yemen, Libya with 14.7% of the fossil fuels reserves, had signed but not ratified.

However, Jensen echoed Greta Thunberg’s “blah, blah, blah” as “governments are shamelessly congratulating themselves for insufficient pledges to cut emissions, emissions are rising and the goal to limit rise to 1.5 degrees C is already off track.” One of the policies advanced at COP-26 to reach net zero greenhouse gas emissions by 2050 was to accelerate the switch to EV.

The Infrastructure Investment and Jobs Act (IIJA) also known as the” infrastructure bill” HR3684 was signed November 15,2021. It contains spending of 1.2 trillion dollars over the next 5 years to address the nation’s critical infrastructure. Policies affecting climate change are funded with 284 billion for transportation, 46 billion for resiliency and 73 billion for power/energy. From the transportation budget, 5 billion dollars is designated for the NEVI (National Electric Vehicle Program) which would establish a national network of EV chargers and 2.5 billion will fund State/localgrants for EV charging and alternative fuel infrastructure. Rural, low & moderate income and high Multi-Family Dwelling density will receive priority for these grants.

North Dakota will receive 26 million dollars over the next five years for EV charging infrastructure. On February 10, 2022 federal guidance for NEVI was released and the state has until August 10, 2022 to present its plan with a final target approval date of September 30. The DOT, on February 2, 2022, released a guide “Charging Forward: A Toolkit for Planning and Funding Rural Electric Mobility Infrastructure,” which can help connect community members, towns, businesses, planning agencies, and others with partners needed for these projects.

In closing, Jensen responded to a question from the audience about the necessity of changing to a fossil fuel-free economy. He reminded the audience that oil and gas are a national security issue as well. While ND is sheltered from the many obvious pollution problems because we are a lightly populated state, all Americans are part of the global oil and gas market. OPEC nations and Russia have and will continue to exploit our addiction to oil and gas as an obvious vulnerability.

Future sessions: All open to the public at no charge. 7pm, Rhoades Science Center Auditorium at VCSU Campus.

Available via Zoom, please check ”What in the World is Going On” Facebook page for link or changes in schedule.

Monday, March 21: Role of Wetlands and Oceans in Climate Change

Olivia Johnson, Research biologist, MS in Natural Resources, University of Connecticut. She will talk about how Prairie Pothole wetlands are unique and give an outline of the many ecosystem services they provide including their role in carbon sequestration.

Michelle Abshire, VCSU Assistant Professor in Geology. Dr. Abshire will address the role of oceans in climate change. “The oceans can help buffer climate change by storing large amounts of carbon and carbon dioxide. As such they play a big role in how carbon is cycled on Earth. As humans produce more and more CO2, the role of the oceans becomes even more critical.”

The goal of Operation Tundra is to allow MInnkota coal-generating assets to continue operating. However, carbon capture still has a large carbon footprint, is expensive

(costing 3 billion with 2.4 billion in tax subsidies), and may not be safe or effective.

Rich Garman, ND Department of Commerce: Gov. Burgum on May 12 said, “We have hit the geologic jackpot in North Dakota.” His plan relies heavily on carbon capture to not only allow ND coal plants and oil and gas production to continue, but also to collect C02 from elsewhere in ND and across the country to be injected into underground caverns.