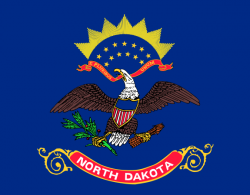 HPR looks at the potential field of candidates

North Dakota political observers have already started speculating about who might run for governor in 2016 as those choices and the ultimate winner could shape the North Dakota political landscape for a long time. While Republicans have had a stranglehold on statewide offices for some time now, Democrats are hoping that the governor’s race in 2016 will be their time to snag the executive branch.

While it may be a bit before we know who runs and who doesn’t, we decided to take a look at who might run and how it may shape the field. At the top of the list for both parties are two candidates whose decisions to run or not run could either clear the field or make for a wide-open, messy nomination process.

First up on the Republican side is the incumbent Gov. Jack Dalrymple, who could run again and has overseen stewardship of the oil boom in the state, which depending on who you talk to has either gone really well or not so great. The early thinking was Dalrymple was not planning to run again, opening the field for younger, hungry, up-and-coming Republicans. However, there has been some speculation since the legislative session that he might run to prevent U.S. Sen. Heidi Heitkamp from running on the Democrat ticket -- or at least give her a tough opponent. Certainly, should Dalrymple decide to run again, he would be a formidable candidate, having won statewide office handily twice already and boasting high approval ratings. His decision to run will essentially decide whether or not there will be a battle for the Republican nomination.

At the top of the list of other Republican gubernatorial candidates besides the governor is the one who has been waiting in the wings, Lt. Gov. Drew Wrigley, formerly a U.S. Attorney in North Dakota during the Bush Administration. Wrigley is someone who has been thought of being groomed to run for office his whole career and his U.S. Attorney appointment was thought to be a reward for his role as attorney in Florida during the Bush versus Gore recount. Certainly, it would seem that Wrigley has been biding his time as the loyal soldier under Dalrymple, waiting to run for the top spot, and if Dalrymple decides to run again, it would be interesting to see if Wrigley would turn his attention to another office, upset that he didn’t get his shot in 2016.

Another person who seems like a perfect candidate to run for governor if the spot is open is Attorney General Wayne Stenehjem, elected to office by a large majority statewide several times, and someone who seems to enjoy large name recognition and popular approval ratings. The biggest question for Stenehjem is whether or not he wants the governorship. It appears he could remain attorney general for as long as he wants; it’s just a matter of whether he wants to go for a bigger office. Also should Dalrymple decide not to run, a Wrigley versus Stenehjem nomination battle could be quite a fierce competition for the Republican nomination.

As far as members of the North Dakota Legislature who could run, North Dakota Senator Kelly Armstrong (R-Dickinson) is a young candidate who has been in the Senate since 2013, serves the Oil Patch and was recently named Chairman of the ND GOP. For Republicans to bestow that spot on Sen. Armstrong would seem to point that they are looking for bigger offices for him to fill.

Looking at the Democratic field for governor, much has been speculated about the possibility that Heitkamp would run for the seat before her Senate term was up. In fact, during the recently concluded session, the North Dakota Legislature took up changing a law to appoint her successor simply because of all the talk. To this point, Heitkamp has not given any indication she will run. But she has run for the governor’s office before, and if she is tired of the D.C. political scene, coming back to the state may be very appealing. If she did decide to run, she would be a top-tier candidate -- an instant favorite if Dalrymple doesn’t run and probably the only Democrat in North Dakota who could seriously challenge Dalrymple if he decides to run.

Again, much like Dalrymple, if Heitkamp decides not to run, the race for the Democratic nomination would be wide open and there would certainly be several candidates vying for the job. One person from the North Dakota Legislature that has been in leadership for awhile and comes from a very politically connected family is Senate Minority Leader Mac Schneider (D-Grand Forks). He has been fighting a tough battle against the GOP majority in the North Dakota Legislature the last two sessions. While they have had some victories in the Senate, it always seems that moderate legislation gets defeated in the more conservative North Dakota House, and that would give Schneider something to run on. Always a challenge for new candidates is name recognition, due to having never run on the statewide ballot. Schneider is a name well known in North Dakota politics however, and he has been getting his name out there battling the Republicans in the North Dakota House.

Another name that would be a little riskier but also bolder, as she hasn’t been in office that long, would be Rep. Kylie Oversen (D-Grand Forks) who was recently named State Chairwoman of the ND Democratic-NPL Party. Perhaps talent is why she’s risen so quickly. If Democrats were to want to roll the dice on someone new, young and a potential future leader, Oversen may be it.

There’s really no clear candidate for the democrats if Heitkamp decides not to run. Other potential candidates include Sen. Tyler Axness (D-Fargo), who ran unsuccessfully for Public Service Commissioner in 2014 but has remained a strong voice in the North Dakota Legislature. Perhaps even Sen. George Sinner (D-Fargo) would take another crack at a big office, despite having lost to Kevin Cramer in 2014 for the U.S. House seat.

Over the next few months, once Dalrymple and Heitkamp make their decisions, names will start to pop up and the race for governor in 2016 will start to shape up. It could make for one of the more interesting governor races for the state in some time, quite possibly going back to the last time Heidi Heitkamp ran. Sen. Hoeven has already announced his plans to run again in 2016, so stay tuned North Dakota political observers.