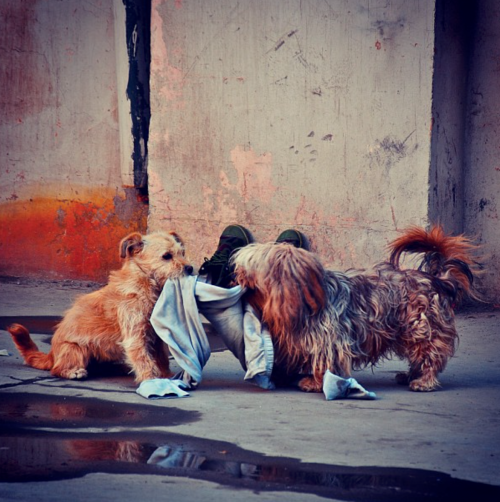 This Saturday, Prairie Brothers Brewing Company is hosting author CJ English in a release party for her book, “Rescue Matters.” Published by English House back in December, this nonfiction book tells the story of Keith Benning, a deputy officer in Rolette County, North Dakota who became one of the founders of Turtle Mountain Animal Rescue (TMAR).

English is an Amazon Kindle Best Selling Author. Her breakout ebook was a memoir entitled “Affairytale,” which became a finalist for the National Indie Excellence Awards, Readers Favorite Book Awards, Independent Author Network Book of the Year Awards, and the Beverly Hills Book Awards. This was followed by another memoir, “WTF Am I Supposed to Eat?!,” which became an Amazon Kindle Best Selling Weight Loss Book.

Copies of “Rescue Matters” will be available for purchase at the release party, with half the profits going toward TMAR.

In an interview with West Fargo Pioneer last year, Benning described the conditions in Rolette County—such as poverty, joblessness, and isolation from other towns—that cause high numbers of abandoned and abused animals.

“Anytime you run into a set of circumstances like that, you’re going to run into an animal problem,” Benning said.

The first animal Benning rescued was Grace, a stray dog who was eating garbage to survive and being targeted by a group of children who threw rocks at her. Benning and his wife, Kim, took care of Grace until they found her a permanent home.

Since 2013, TMAR has saved nearly four thousand cats and dogs. Their efforts are funded by donations and supported by volunteers, who either foster animals or transport them to shelters in Fargo, Grand Forks, and the Twin Cities. Their eventual goal is to build their own shelter, as TMAR currently operates out of the Bennings’ home.

“Somebody’s gotta do it,” Benning told the West Fargo Pioneer. “I don’t know what the better answer is. There’s a need in the community, so our goal is to organize the community to cope with the problem and fix the problem.”

On Saturday the 26th, TMAR will hold a “Meet the Pups” event at the Natural Pet Center here in Fargo. Information, as well as merchandise, is available at www.turtlemountainanimalrescue.org.

English currently has another book in the works called “Rescue Revolution,” which will be made up of personal stories of people who have adopted shelter animals. Anyone who wishes to submit a story can do so at cjenglishauthor.com.