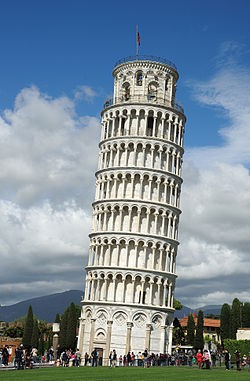 In a small museum in Florence, Italy there is a jar containing the bony remains of the index and middle fingers of the great 16th century scientist Galileo Galilei. The rest of his body is buried a few miles away in a cathedral in the piazza Santa Croce, the final resting place for other Renaissance masters including Michelangelo, Machiavelli and Dante (their whole bodies I assume, though I can’t say with certainty. A contemporary of Galileo, Rene Descartes’ head was separated from his body for burial. Talk about your mind-body dualism). I am wandering the air conditioning rooms of the Museo Galileo, admiring the telescopes, time-pieces, globes, and star charts because it is 90 degrees outside and I am wearing sweatpants.

Day 1 of my vacation had called for a walking tour of Florence, but as my luggage apparently failed to cross the Atlantic with me the night before, I am left with little more than the heavy clothes on my back. It’s times like this that I am glad I didn’t bring my kids. There’s a developmental “sweet spot” when it comes to traveling with children: It lies somewhere between the ages of four and 10. Infants may sleep a lot, but they also cry, fuss and require diaper changes in airplane lavatories and station wagon hatchbacks. Teenagers become moody and sullen if prevented from tweeting or snap-chatting for prolonged periods of time. But during those magic middle years, kids can curl up in the confines of the airplane seat, are mesmerized by their own private T.V. screen and wonder at every compartmentalized food tray, peeling back each foil cover as if it were an Advent Calendar.

I postpone the 436-step climb inside of Brunelleschi's iconic cathedral, the Duomo, instead searching for a grocery store to buy replacement toiletries for the night. One tiny storefront spilling into the cobblestone street boasts a bottle of shampoo costing only slightly less than one of the miniature cars that are squeezed into every nook and cranny of the city. It will have to do. I console myself by buying an Italian leather handbag from one of the vendors that are camped like an army throughout the square. In Florence, inexpensive leather handbags are like men: There are lots to choose from so if you don’t fall in love with the first one you see then be patient; there are better ones around every corner.

On Day 2 the luggage is still not here so I need to buy some clothes. Walking through the gauntlet of bags, shoes, souvenirs and sundries is sensory overload. I sympathize with the autistic main character in Mark Haddon’s “The Curious Incident of the Dog in the Nighttime.” A kaleidoscope of handbags fans out in every direction, changing and morphing in color, shape and size like Louis Vuitton’s version of evolution: First tiny coin pouches appear with stubby chains; then long wallets lengthen and fold into clutches; evening baguettes unravel into strappy cross-body bags; and sturdy handled handbags grow into enormous totes before relaxing into limp, slouchy hobos. I buy another one.

I can control my impulse to buy more, another reason I’m glad my teenage daughter isn’t here. Kids are notoriously bad when it comes to impulsivity, and not just those diagnosed with ADHD. Teenagers are developing the abilities to inhibit impulsive actions, to sustain attention, to ignore distractions, and to plan their actions, skills that will come as the prefrontal cortex of the brain matures. For example, preschoolers love to categorize things and take great delight in ordering items from biggest to smallest, shortest to tallest, etc. But it isn’t until later that they recognize that things can belong to more than one category at a time. At six, my daughter couldn’t grasp the notion that her daddy was also Grandpa’s son and Uncle Tim’s brother. She temporarily solved the mysterious identity of her many cousins by concluding that all the boys must belong with her brother, while the girls belonged with her.

Day 3 passes in a series of taxi rides to and from the airport, and while the bags fail to appear, I am starting to pick up some Italian from the drivers. As far as I can tell, the language consists mainly of phrases designed to encourage others to move faster, accompanied by directive hand gestures, most of which would be impossible for the phalange-less Galileo. But my taxi-Italian fails me miserably in real conversations, even with little children. Francesca is an adorable four-year-old who loves risotto and speaks three languages: English at school; Italian with her father; and Arabic with her mother. She doesn’t seem to notice that she is doing anything special, automatically switching languages to fit the conversation during dinner one evening.

Early childhood represents one of the brain’s many “critical periods” in development when the environment has its most potent influence, for better or worse. Early exposure to different languages allows the brain to tune in to the specialized sounds and grammar, making it faster and easier to process. After adolescence, the brain’s hardwiring makes this more difficult (but not impossible). As adults, our brains are faster and more efficient because we process things like language in specific, localized areas. The downside is that the adult brain is not as plastic when it comes to learning new languages and may not recover well after injury. I resigned myself to a life senza Italiano and bought another handbag.

I spent my last day in Pisa, where I climbed the leaning tower, apparently too slowly for the chorus cursing andiamo! behind me. At the top I imagined Galileo, holding two stones to drop and test his theory about gravity (presumable he had all of his fingers then). I did finally get my luggage and it’s a good thing, too. I needed room to pack all the new handbags.