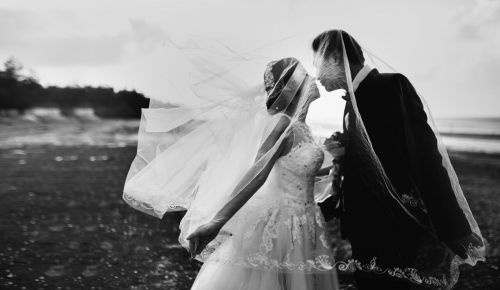 And they lived “happily ever after.” Many people in the U.S. believe in love and matrimony, but marriage takes consistent effort and time to weather the ups and downs.

According to a 2013 Pew Research Center survey, 88 percent of Americans cited love as the main reason to marry with making a lifelong commitment and companionship, respectively.

What are top issues that may cause conflict in marriages?

Communication. Marriage doesn’t come with a manual. Communication is about how you talk about the problem and how the problem is solved. And that means discussing issues without screaming, name-calling, blaming/shaming, walking off in a huff without returning to solve the problem, bringing up past hurts, refusing to compromise, and attacking each other’s character.

Expectations. We have an idea on what we think marriage should look like, and when it’s different than what we expected—fireworks! Or we try to change how our partner thinks, feels, and acts.

Discipline of children. People come into marriage with different methods of how to discipline children; usually it’s how we were raised. What if one parent wants to spank and the other is adamantly against spanking? Add a blended family and tension may ensue over boundaries and rules.

Household chores. Who does what? Who doesn’t help with dishes, laundry and cleaning? More than half of married U.S. adults say sharing household chores is important for a successful marriage, according to the 2015 study.

“Underneath all the distress, partners are asking each other: Can I count on you? Are you there for me? Will you respond to me when I need, when I call? Do I matter to you? Am I valued and accepted by you? Do you need me, rely on me?” Dr. Sue Johnson is the founder of Emotionally Focused Couple Therapy. www.iceeft.com/.

The following are two of my favorite books for couples:

"Things I Wish I'd Known Before We Got Married" (2010) by Gary Chapman, bestselling author and marriage counselor.

"The 5 Love Languages: The Secret to Love that Lasts" by Gary Chapman (2015 Reprint).

Marriage counseling, also known as couples counseling, relationship counseling, or couples therapy, is an option for marriages without merry. Counseling includes: helping partners learn how to communicate and listen to each other; understand and manage human emotions; repair ruptures and initiate forgiveness; implement problem-solving skills and decision-making methods. And how to address issues that cause conflict.

What is one way to keep the merry in marriage?

“I think one reason for a successful marriage is laughter. I think laughter gets you through the rough moments in a marriage.” –Bob Newhart